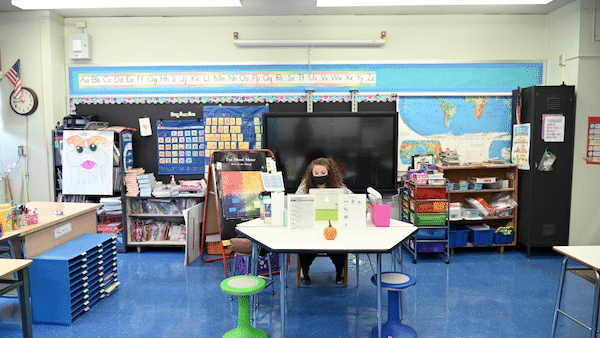 Education Trust, led by former Secretary of Education John King, sent two letters to the Biden administration, urging the administration not to allow states to receive waivers from the mandated federal testing. The signers of the letters were not the same. As State Commissioner in New York, King was a fierce advocate for Common Core and standardized testing.

Leonie Haimson, leader of Class Size Matters, the Parent Coalition for Student Privacy, and board member of the Network for Public Education, wrote this about the pro-testing coalition assembled by King:

I asked my assistant Michael Horwitz to figure out which organizations were on the first Ed Trust letter pushing against state testing waivers, but not the letter that just came out, advocating against allowing flexibility by using local assessments instead.  National PTA, NAN (Al Sharpton’s group), LULAC, KIPP and a few others did drop off the list.

I then asked Leonie if she could add the amounts of funding to these organizations by the Gates Foundation and the Walton Foundation and she replied:

The largest beneficiary of their joint funding among these organizations has been KIPP at over $97M, then Ed Trust at nearly $58 million, who spearheaded both letters. Also TNTP at $54M, NACSA at $44M, Jeb Bush’s FEE at nearly $32 M and 50Can at $29M. [TNTP used to be called “The New Teachers Project,” and was created by Michelle Rhee.] Michael Horwitz did the research.

Signers on the first letter:

The following orgs were on the second letter, but not the first: many more obviously pro-charter, right-wing and more local organizations: