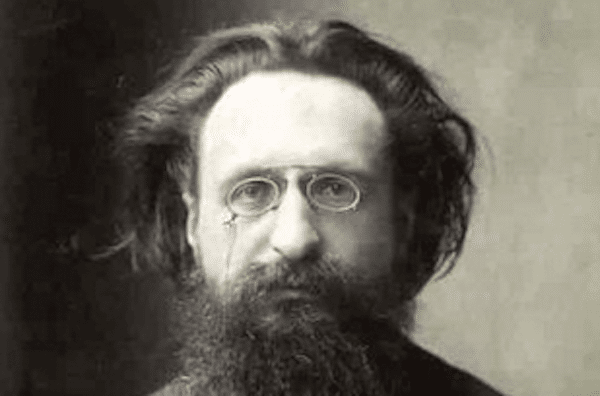 The French political and social situation–with its many strikes, social movements, and highly ideologised political currents–often fascinates observers outside France. The life of a central figure in the French socialist movement, Jules Guesde, who is little known outside France provides insights into the specificities of the French left.

Guesde (1845-1922) introduced Marxism to France and contributed to building the Socialist Party in the north of the country, where the left, socialism, and then later communism became very strong. He fought in solidarity with the Paris Commune of 1871, met Karl Marx to write the programme of the French Workers Party in 1880, went into exile, frequented the most famous leaders of international socialism (Jean Jaurès, Filippo Turati, Wilhelm Liebknecht,…) and finally became Minister of the French Republic in 1914. Few leftists have gone through such a long political life.

Jules Guesde and the Commune

As with many left leaders in France, the experience of the Paris Commune was fundamental to him. In 1871, during the Commune, Guesde was a republican, not a socialist. After the war against Germany (1870/71) which ended just several days before the Commune was established, for Guesde as for many republicans the patrie was the highest principle. Up to this point he remained less impassioned by social and economic problems. But the sympathies he had expressed for the Commune were not without consequence. Like many others, Guesde would pay for his solidarity, himself becoming a victim of the repression that now spread across all of France. Just one month after the terrible repression–the famous semaine sanglante(‘bloody week’) in May 1871, when thousands of Communards were executed–Guesde was condemned to five years’ imprisonment. The charges against him were, among others, attacks and offences against the National Assembly, whipping up hatred and contempt for the government, his support of deeds officially defined as crimes and incitement to civil war. Guesde had decisively swung to the side of the enemies of the new order, an order which accepted the Republic only in words and despised everything that had to do with ‘la Sociale’ which was identified with the Commune. After June 1848, a workers’ uprising which had been violently repressed, for many socialists May 1871 confirmed the rupture between the working-class and the bourgeois worlds: the two had now become irreconcilable. A lasting distrust of the Republic now took hold: in 1871, as in 1848, was it not the ‘republicans’ who had massacred the insurgents? Jules Guesde would soon become one of the best-known incarnations of this disillusionment with the “bourgeois Republic”.

A fact of importance in understanding his popularity and its echo among the activists is that unlike Jean Jaurès, the second major leader of French socialism–a brilliant student at the École Normale Supérieure and a university professor who had few problems with the authorities, Guesde did not have the pedigree which the republican elites enjoyed. He was a professional revolutionary. “Building socialism and nothing but socialism”–this formulation of Guesde’s well summarized his attitude during these years.

Then, at the end of the 19th century, his relationship to Dreyfus case (affaire Dreyfus) became relevant. France was divided over the conviction of an army officer, Alfred Dreyfus, accused of high treason, but in reality, he was accused because he was a Jew. Guesde finally refused to defend Dreyfus, not because he was a Jew–some Guesdists were anti-Semitic, not Guesde himself–but primarily because he was a military man. For Guesde, a socialist does not defend the “bourgeois state”, one of whose main components is the army, which shoots at workers. Guesde thus presented himself as an authentic socialist in the face of others who were betting on a progressive democratization of the Republic: what is the point of defending a ’bourgeois Republic‘ that commits massacres on workers? The professional army was the same that had crushed the Paris Commune in 1871. And for Guesde and many comrades of his generation, this counted a great deal. The class struggle above all.

Identity of the left

This vocabulary of the “class struggle” as a means to understand the social world, a vocabulary that remains present in the French political imagination in the most recent crises –see, for example, the yellow vests (Gilets jaunes) movement two years ago –, was systematically spread by Guesde and his supporters at the end of the 19th century. Around him, there was an entire universe: worker activists, trade unions and cooperatives linked to the party. In some regions, there were also peasants and small-scale landowners who supported him. “Guesdism” was the alliance of a revolutionary phraseology with social and political practices that were often very pragmatic. Guesde and his supporters were working towards a new revolution, yet at the same time they wanted to increase their influence wherever they could, also through alliances with quite moderate members of the left. And there a major element can be found that allows to understand French political life all the way up to the elections of March/June 2020: the socialists and communists may have had unsatisfying electoral scores at the national level, but they held on in the cities where the results are based in the municipal elections. This “municipalism” as it was called in the 1890s is still a very important reality.

But then, is such a strategy “opportunism”? It is much more complicated. First of all, Guesde and his supporters, while affirming that only revolution and socialism could fundamentally change things, contributed to the development of public services at the local level. This municipal level is a heritage of Paris Commune and very important for socialists: the Commune seems much more democratic than the central state. Guesde has kept a political tradition alive: elections are important, but what also counts above all for a strong political left is the existence of the workers’ party and its red flags, its songs, its congresses, its big demonstrations… In a word: its identity. This is a marker of Guesde and his legacy for French political history. One will find these characteristics, for example, in the history of the French Communist Party (PCF), which was for a long time the strongest workers’ party in France (between 1945 and 1980): a practice of alliances and management and, at the same time, a very marked revolutionary rhetoric. On the side of the Socialist Party, which was the most powerful party of the French left until recently, it should be noted that this party has long had a strong left wing, using an assertive Marxist vocabulary. Here again, this is the legacy of Jules Guesde.

In times of political crises, there is no doubt that concerns about political identity will resurface. Returning to the story of a man like Jules Guesde is therefore of more than just historical interest: it allows us to understand how an ideology is constituted through its concrete political forms. A political identity that would not be understandable without the traces left by Paris Commune.