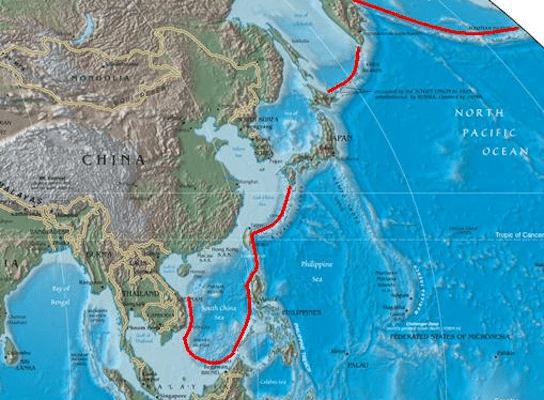 The commander of U.S. military forces in the Pacific region submitted a request to Congress March 1 for $27.3 billion in new anti-China spending. Admiral Philip Davidson, who can fairly be termed an anti-China fanatic, leads the Indo-Pacific Command made up of 380,000 military and civilian personnel and a vast array of air, land and sea weaponry. It is the largest of the 11 commands that span the globe and outer space–the enforcers of the most far-flung empire in history. 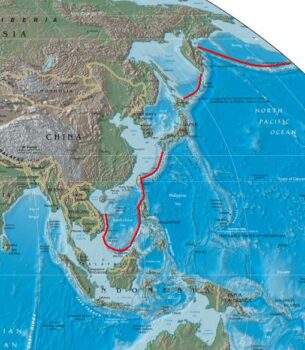 The funding increase that Davidson is seeking for his command–not the total allocation–is greater than the entire budget of the whole armed forces of Brazil.

In an October 2020 public forum, Davidson stated: “I believe China is the strategic threat of the century to the U.S., but really certainly to the entire free world.” Extreme hostility toward China has been expressed by other top officials in the new administration, including by President Biden himself.

In reality, it is the United States which has engaged in endless war for many decades that is the real “strategic threat” to its allies as well as it enemies.

The Indo-Pacific Command covers 34 countries encompassing 60% of the world’s population. As a part of the “pivot to Asia” announced under the Obama administration–and continued under Trump and now Biden–a major shift is underway. The aim is to base over 70% of U.S. overseas military forces in the Asia/Pacific region, clearly aimed at the People’s Republic of China.

The Pentagon and virtually the entire political establishment falsely promote Cold War-style propaganda depicting China as an aggressor. But it is not China that is encircling the United States with military power–it is the other way around. Davidson’s request for additional funding is explicitly meant to accelerate the encirclement.

In his demand for extra funds, Davidson wrote that the United States “requires highly survivable, precision-strike networks along the first island chain, featuring increased quantities of ground-based weapons… These networks must be operationally decentralized and geographically distributed along the western Pacific archipelagos.”

The “first island chain” in Pentagon-ese are those island states and provinces ringing China’s east coast, including Japan, Okinawa, Taiwan, northern Philippines, Borneo and smaller islands. As a glance at a map of the region shows, Taiwan–a province of China still ruled by the side of the civil war that was defeated in 1949–is the key link of the chain and would be of immense strategic importance in case of a war. This motivates the vast U.S. military sales to Taiwan.

The words “requires highly survivable, precision-strike networks along the first island chain” means that the Pentagon anticipates those countries would suffer major losses in case of a U.S. war on China. John Foster Dulles, the former U.S. secretary of state who devised the island chain strategy in the 1950s, referred to these countries as “unsinkable aircraft carriers.”

Such an outcome means nothing to the war planners. Nor do they regard participation as optional. “These networks must be … geographically distributed along the western Pacific archipelagos” (writer’s emphasis).

Contrary to the media propaganda here, China is not seeking either a new war or global domination. Nor do any of the peoples of the region, who have suffered greatly at the hands of imperialism, want a new war.

As the latest demand for ever-greater military spending makes clear, the grave danger of new wars comes from the Pentagon, the military-industrial corporations, and the capitalist politicians in Washington. They are fanning the flames of racism and chauvinism to prepare public opinion for aggression to come.

A new U.S. war with China would threaten the world with unthinkable destruction. The danger of such a war cannot be ignored, it must be resisted.