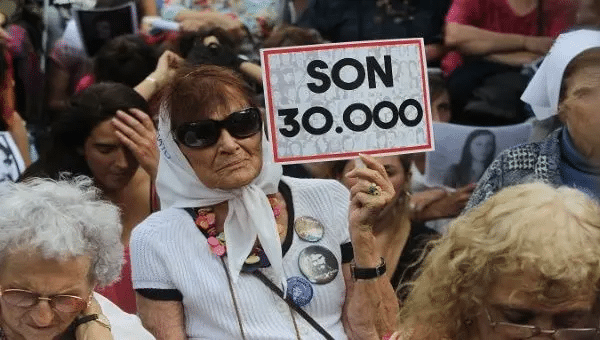 On the occasion of the 45th anniversary of the military coup in Argentina this Wednesday, documents declassified by the National Security Archive (NSA) indicate that the U.S. government was aware of the plots led by coup leader Jorge Videla in 1976.

Cables signed by the former U.S. Ambassador to Argentina Robert Hill showed early meetings with coup instigator Emilio Massera who was a member of the Military Board installed on March 24, 1976.

“The embassy has already indicated discreetly and through third parties to the Military that the U.S. will recognize a new government in Argentina,” Hill wrote.

The documents also proved that the then U.S. Undersecretary of State William Rogers briefed Secretary of State Henry Kissinger and the White House National Security Council (NSC) in mid-February about the destabilization plans.

“The military government will be friendly to the U.S; however, in stepping up the fight against the guerrillas, it is almost certain they will engage in human rights violations that would generate international criticism,” Rogers stressed.

The meme reads, “March 24: Day of Memory, Truth, and Justice. We embrace all those people who continue to search for their stolen identities and mourn their disappeared relatives. We recall an entire nation that was a victim of the last civic-military dictatorship. Nevermore”

“My presence out of the country when the coup happens would, I think, be a fact in our favor indicating the non-involvement of the U.S. Embassy and the U.S. Government,” Hill warned.

The dictatorship lasted until 1983, left a toll of 30,000 disappeared people and almost 500 children with substituted identity. In 1979, a mission by the Inter-American Commission on Human Rights visited Argentina where it received 5,580 complaints of kidnappings, torture, and murder.