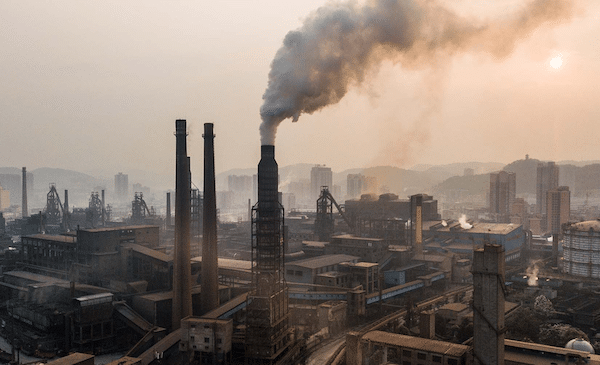 Authorities in the northern Hebei province have arrested at least 12 people from three local companies for falsifying environmental data, which helped keep their reported air pollution in check.

The fabrications dated from early March, when the city reported a severe deterioration in air quality, according to the notice.

To achieve its clean air goals, China has been stepping up measures at the local and national level to punish polluters and demand environmental accountability from companies. Authorities have been swift in shutting down violators and imposing heavy fines on rule-breakers, as well as ensuring the authenticity of environmental data, following lapses over the years.

With an annual production of 144 million tons of crude steel, Tangshan is China’s top steel-making center and also has some of the lowest air quality in the country. In early March, Tangshan launched a monthlong emission reduction campaign to remove itself from the country’s top 10 list of heavily polluted cities by the end of the year.

In the wake of the arrests, the province’s department of ecology and environment said the fraudulent records have “fully exposed the problems and shortcomings” of Hebei’s monitoring of polluting enterprises. The provincial authority has ordered investigators to check two other monitoring service providers–including market leader Focused Photonics Inc.–that had worked with the offenders.

Monitoring companies found guilty will be added to an official blacklist, limiting them from working with companies or bidding for government contracts.