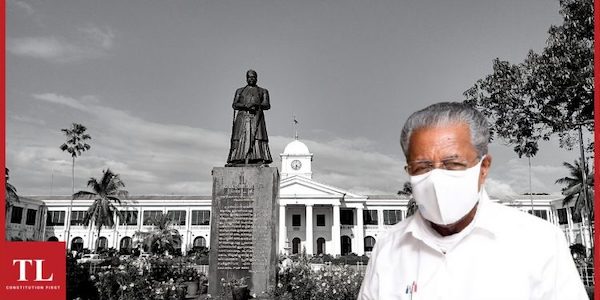 As India struggles with the unprecedented scale of the current nation-wide COVID-19 infection wave, CPI(M) leader PRAKASH KARAT writes about how the Union Government’s overzealousness to declare victory over the pandemic without putting in the groundwork to be prepared for a second wave got us to this point, and why we must look towards Kerala for lessons on making resilient and better prepared healthcare systems.

THE total number of COVID-19 cases detected across India crossed over 2,34,000 on April 17, the very day Prime Minister Narendra Modi addressed an election rally in Asansol, West Bengal, where he congratulated the attendees for coming in large numbers and gushed that he had not seen such crowds at a rally before.

For a week running, when the daily toll of cases scaled new records every day, Modi and Union Home Minister Amit Shah were alternately addressing mass rallies in Bengal. This callous politics, endangering the lives of thousands of people, exemplifies the criminal responsibility of the Modi-Shah duo for the havoc caused by the raging pandemic.

The catastrophe which has hit the people is agonising.  There are shortages of beds and oxygen for patients at hospitals, of COVID tests to administer and report results within a reasonable time span, and of vaccines. Cremation grounds in several parts of the country have run out of space to cremate the dead.

It is in the midst of such a man-made calamity that Modi and Shah have set out to electorally capture West Bengal. For them, the priority is winning the election by any means, and ‘let the devil take the hindmost’.

There is no doubt now that the Union Government is responsible for keeping the country totally unprepared to face the second COVID wave of death and destruction.

At the beginning of this year, Modi had declared success in fighting the pandemic. In his speech to the World Economic Forum’s Davos Agenda on January 29, Modi hailed India’s progress in tackling the COVID-19 pandemic, “By managing COVID-19 India has saved the world from disaster”.  He went on to further say that, “Right now, there are two made-in-India vaccines–but in the coming days, many more vaccines will come. This will help us support other countries with scale and speed”.

In February, Modi said that India’s fight against COVID has inspired the world. India was given the grand role of manufacturing vaccines to the Indo-Pacific region by the Quad Summit held on March 11. United States assigned this job to India, even though the U.S. has banned the export of raw material for vaccine production to India. 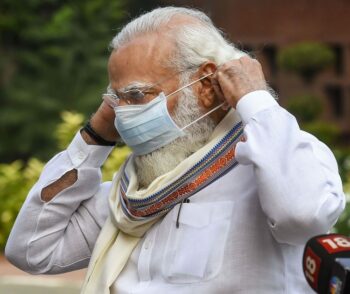 Modi had grandiloquently assumed that India is playing the role of `Vishwaguru’ – a favourite term of the RSS’s. Alas, such hubris has cost the country and the people dearly.

Taking cue from the PM, the Union Health Minister, Harsh Vardhan announced in early March that India was “in the endgame of the COVID-19 pandemic”. He said this at a time when COVID cases had begun to rise around the country.

The plain fact is, having declared success, the government and the health authorities let their guard down.

What happens when inadequate systems get exposed

Faced with the resurgence of the virus, government experts, instead of taking of taking ownership for its lapse, began to blame the public for laxity and failure to observe COVID protocol. No attention was paid to the growing evidence of a new Indian strain of the virus, a double mutant.

It now appears that the first sample of this variant was found on October 5, by genome sequencing, but no direction was given or efforts made by the Union Government to expand gene sequencing going forward. Only Rs 80 crore was finally provided for this expensive and time-consuming process, the net result being the failure to track the prevalence and spread of this more infectious variety in time.

Several parts of the country are facing an acute shortage of medical oxygen, to the extent that patients are dying due to the lack of oxygen in hospitals.  The Union Government, it has been found now, failed to increase the production of medical oxygen after the first wave last year.

An agency under the Union Ministry of Health had put out tenders worth just over Rs 200 crore for setting up oxygen plants in 150 district hospitals in October 2020. This was done eight months after the pandemic reared its head; by March this year, only 33 plants were installed.

As for vaccines, the Union Government sold the idea that there are two made-in-India vaccines which would take care of the vaccination needs of the first 30 crore Indians.  The made-in-India vaccine was itself a bogus claim since the main vaccine, Covishield, had been created by the Astra Zeneca-Oxford project in the UK, and had given the Serum Institute of India only a license for manufacturing in India. 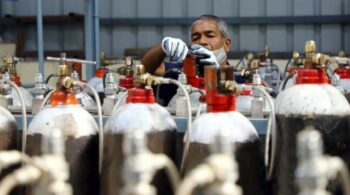 The whole mess made in the vaccination policy is clearly spelt out in multiple articles on this website.  After failing to book bulk vaccines from wherever they were available, the Union Government has belatedly only now waived the requirement of bridge trials, and is striving to get vaccines from abroad.

It has also, by the new vaccination policy announced, abandoned its responsibility to provide free vaccines on a universal basis. It has put the burden of vaccination of people below 45 years of age on to state governments by leaving it up to them to procure vaccine stocks from the open market by placing orders with vaccine manufacturers.

The Centre had allocated Rs 35,000 crore for vaccinations in the Union budget. It has spent only a fraction of this amount so far. Yet, it is now asking state governments to foot the bill for the next rounds of vaccination.

The entire year of the pandemic saw insubstantial and inadequate additional spending on public health infrastructure. Just like with medical oxygen production, the Union Government has refused to scale up expenditure for improving and expanding the public health system.

Besides this negligence and complacency, there is also the unscientific and blinkered Hindutva vision of the government to contend with. The prime example of this catering to blind faith and superstition is the way the Kumbh Mela was allowed to be held at Haridwar, where lakhs of devotees assembled.

The Kumbh, which is held once every 12 years, was due in 2022, but it was advanced by a year due to astrological reasons. The BJP governments in Uttarakhand and at the Centre went out of the way to ensure that the Kumbh was held without any regulation or restrictions.

It is only after the public outcry and international attention focused on the raging pandemic that Modi made a last-minute request, rather than an executive order, to the attendees to hold only symbolic ceremonies in the last phase of the Kumbh. 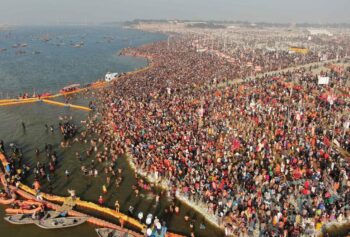 The public health catastrophe that has been inflicted on India is due to the complacency, mismanagement and short-sighted approach of the Union Government. It is also a result of the longstanding neglect of public health and the drive for privatisation of health over the past three decades.

In this vast ocean of despair, there is a small island of hope which shows the way forward.  While more prosperous states like Maharashtra, Haryana and Gujarat, and the National Capital Territory of Delhi are gasping for oxygen, there is no shortage of it in Kerala. In fact, Kerala has a surplus of medical oxygen and is supplying oxygen to Tamil Nadu, Karnataka, Goa and Lakshadweep to help them with their treatment of COVID patients. 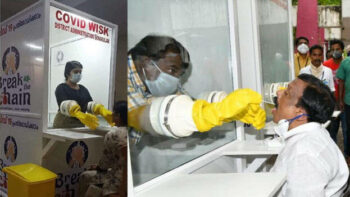 In Kerala, treatment for COVID-19 is provided completely free of cost at government hospitals, along with free meals to patients. The state government has also fixed the price for COVID treatment at private hospitals to ensure that they don’t engage in price gouging. According to the Union Health Ministry, there has been 100 percent utilisation of vaccines in Kerala without any wastage, unlike in other states. Free food kits to 88 lakh families are still being given by the government so that no one goes hungry.

This is due to the planned development of the public health system and the priority accorded to its COVID response by the state government.

Health emergencies can be tackled if there is a political will to commit to public health.

The current national public health calamity will inevitably be accompanied by another bout of economic distress and the accompanying destruction of jobs. To meet the present crisis, the Union Government must give up its narrow, sectarian neo-liberal Hindutva outlook, and muster all resources–monetary and material–to render succour to the people. (IPA Service)