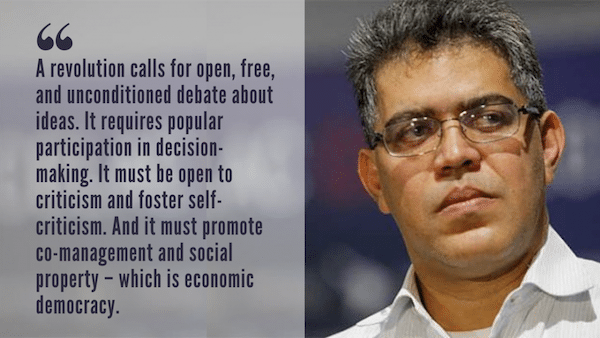 Politician and intellectual Elías Jaua served under Chávez as agriculture minister and vice president. Under Nicolás Maduro’s presidency, he has been minister of foreign affairs, of communes, and of education. Now Jaua belongs to the PSUV direction, and he frequently writes about Venezuela, defending the country from imperialist attacks and speaking up for popular power as the cornerstone of the Chavista project. 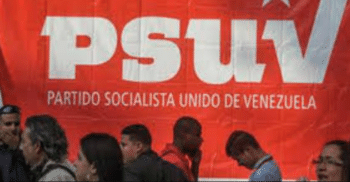 In a recent article, you argued for opening a debate among the revolutionary cadres and the people. Tell us about why you wager for debate in this process (that initially put so much emphasis on popular democracy).

I return to the question of democracy time and again because I believe it is the core of the Bolivarian Revolution. In fact, it is (or should be) the essence of any socialist revolution.

That is why the election and permanent re-legitimizing of leadership is necessary. Yet, above all, a revolution calls for open, free, and unconditioned debate about ideas. It requires popular participation in decision-making. It must be open to criticism and foster self-criticism. And it must promote co-management and social property–which is economic democracy.

All this must be done to rectify errors and misguided paths, and to build an authentically human society. The Bolivarian Revolution arose as a clamor, a demand for democracy, and it should not now confiscate the immense creative powers of the people. That is why we insist on participatory and protagonistic democracy. The Bolivarian Revolution must be democratic or it will not exist at all!

Within the left, there is a low-intensity debate about property. Although Chávez argued for the “coexistence” of all sorts of property, he envisioned the hegemony of non-private property. Right now we see that private property is being privileged. What is your opinion about this?

Undoubtedly, a country under blockade such as Venezuela–with its assets frozen and diminished income due to the drop in oil production–will require national and international investment from private capital. However, this need cannot be satisfied at the expense of the majority of the working people and by sacrificing the country’s economic sovereignty.

That is why we believe that, even though there is a need for investment, the fundamental thing for a state that aspires to be revolutionary must be to strengthen its national potential and public property. It must also regulate, in a sovereign way, steel production, oil extraction, mines, petrochemicals, telecommunications, and an important part of the financial sector.

This should be done with the state stimulating family, social, and communal property and production to deliver essential goods to local markets for a population that is suffering under these circumstances. That is to say, food, hygiene products, textiles, shoes, and all the goods needed for daily life must be made available for the people.

I believe that putting all our eggs in the private sector basket–an internationalized private sector that is counter-revolutionary and used to benefiting from state subsidies–could be a tragedy of strategic proportions.

You have claimed that the state should assume a regulatory role, calling this a “vaccine against neoliberalism.” You also contend that one of the priorities should be to tend to the needs of working people, who are the ones suffering most intensely from the sanctions.

When I talk about the role of the state here, I am referring to a principle established in the Constitution of the Bolivarian Republic of Venezuela: the state must regulate the nation’s economy without blocking the economic game, without ignoring the market. That is the role mandated by the 1999 Constitution. The state should be the arbiter between capital and the immense majority of the people, the working people.

This requires balanced policies in matters of prices, currency exchange, and monetary policy, with the goal of guaranteeing a living wage for the workers (which would allow them and their families to live a dignified life) and securing labor rights (working hours, industrial safety and hygiene, social security, and benefits).

The state should not abandon the constitutional role of balancing between capital and labor, and regulating that relation. Additionally, capital must understand–and the state must make it understood–that it cannot impose a de facto flexibilization [of labor], arguing that they are the ones who now have the capacity to inject capital into the economy. That is inadmissible in any modern democratic society, and much more so in the context of a revolutionary project. 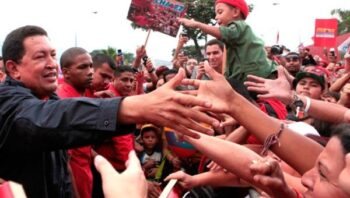 Chávez and the people. (Archive)

In Venezuela, there seems to be a great deal of “disaffiliation” or “depoliticization” among the people. This is particularly problematic in a political process in which the people were once the makers of their own history. What happened and how can we turn this situation around?

Indeed, the great majority of the population has withdrawn from politics. They have withdrawn from electoral participation, but they also have retreated from communal and territorial organization. This has to do with several factors. The first relates to material conditions: the situation is such that people are forced to survive, to subsist, to scavenge. All of this takes time away from politics.

Second, people feel that politics is not able to solve their problems. So long as leaders are not capable of finding ways that allow for a political resolution of the conflict (or at least a political regulation of the conflict), the situation will keep them from devoting their efforts towards managing the economy and the profound social problems at hand. People are losing interest in politics because they feel that the leaders do not care about them.

The third factor is the political methods used and the style of doing politics. When political leaders become an elite–which unfortunately happened to some of the Bolivarian leadership and has always been so among right-wing politicians, who are elitist by nature–people feel that political leaders and politics are far away, a distant phenomenon that has nothing to do with them. This is made even worse when the methods used by one side or the other are sectarian and very much shaped by authoritarianism, exclusion, arrogance, and overlooking the prerogatives of popular power. All this leads to a withdrawal from politics. 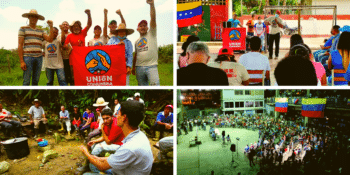 This does not mean that Venezuelans are depoliticized. On the contrary, disaffiliation, including abstention, is in itself a political response in the face of the existing conditions. Daily life is very difficult, and the political methods are not democratic, but rather increasingly authoritarian. I am talking here about the whole political leadership, though obviously there are exceptions. I believe that the problem of disaffiliation that we are experiencing lies therein.

Regarding what is to be done, first, the political leadership of the country–both the government and the opposition–has to send a clear message. They must show that they are capable of reaching political agreements and display interest in and commitment to solving the most urgent problems of the people: salaries, healthcare, education, public services, etc.

Second, spaces of broad democratic participation must be recovered, together with freedom for debate. This should come without conditions of any kind, without the danger of being singled out as traitors by the government, but also without foreign meddling. That is to say, the people must recover their full participation, their decision-making, their free will.

Finally, people should realize that if they are not interested in politics, if they don’t vote, if they don’t participate, if they don’t organize, and if they don’t build, then nothing will change. We place our bets there: in the people’s political consciousness, in what Chávez sowed, in the will to imagine a different country where we can all live with equality, justice, and dignity.

There is an Alí Primera song that goes: innocence does not take down the people, but neither does it save them, only their conscience will save them. That consciousness must express itself through active political participation in all spaces of society if we are to transform the current state of affairs. 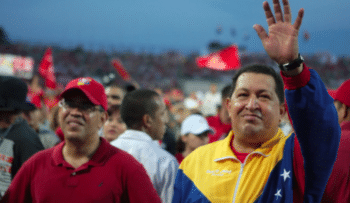 It may be true that the great majority is disaffiliated and that they do not feel drawn to the political options on the table. However, it is also true that Chávez’s mystique is alive and well in spaces such as El Panal Commune, El Maizal Commune, or Che Guevara Commune, to name just three spaces fomenting popular power. There is also an effort to coordinate these projects in the Communard Union. Are these mere holdouts of popular Chavismo, or are they the seeds for the new society?

These experiences, more than seeds, are actually part of the new society taking shape. They demonstrate that what Chávez sowed can bear fruits, that Chávez did not plow in the ocean [an expression of Simón Bolivar]. The seeds he sowed are the future.

In Venezuelan society, there are millions of seeds that haven’t germinated yet. But rest assured: they will. The role of the revolutionaries is to open the furrows so that those seeds can sprout and the plants bloom making for a new harvest, in a time that is to come sooner rather than later.

The people of Venezuela will do it again. I have no doubt about it. They will take the road toward an alternative society, an authentically democratic and human society, a socialist society. What Chávez sowed is yet to fully blossom, but I am sure that we will see it!