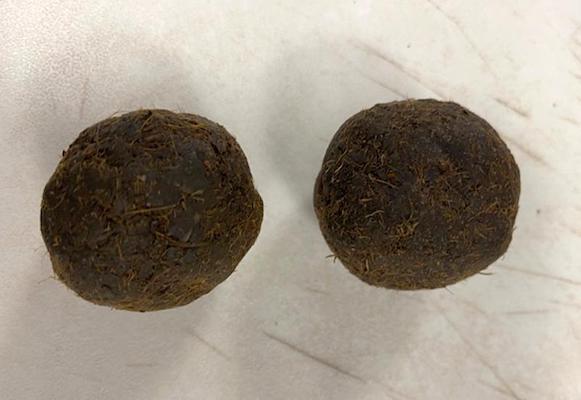 After discovering cow dung cakes in the baggage of a passenger from India at an international airport in the suburb of Washington DC, the U.S. Customs and Border Protection (USCBP) agency has asked travellers not to transport the waste product.

In a press release, the USCBP said that cow dung cakes from India are prohibited in the U.S. as they are considered to be potential carriers of the highly contagious Foot and Mouth Disease that affects hoofed animals.

The cow dung cakes were found in a suitcase that was left behind after passengers from an Air India flight cleared CBP’s inspection station on April 4.

“That is not a typo. CBP agriculture specialists found two cow dung cakes in a suitcase that was left behind after passengers from an Air India flight cleared CBP’s inspection station on April 4,” a media release said on May 10.

Though the press release did not contain any information on why the cow dung cakes were being transported, news reports suggested that it may have been due to the false belief that dung offers protection against COVID-19. In India, doctors recently had to issue a warning against the practice of using cow dung in the belief it will ward off COVID-19, saying there is no scientific evidence for its effectiveness and that it risks spreading other diseases.

“Foot and mouth disease [FMD] is one of the animal diseases that livestock owners dread most, has grave economic consequences, and it is a critical threat focus of Customs and Border Protection’s agriculture protection mission,” said Keith Fleming, acting director of field operations for CBP’s Baltimore Field Office.

FMD causes illness in cows, pigs, sheep, goats, deer, and other animals with divided hooves. It does not affect horses, dogs, or cats, according to the U.S.’s Animal and Plant Health Inspection Service.

FMD is a worldwide concern as it can spread quickly and cause significant economic losses to farmers. A single detection of a case of FMD will likely stop international livestock trade completely until authorities can eradicate the disease threat.

The U.S. eradicated the disease in its livestock populations in 1929.

The CBP release said that though cow dung is reported to be a vital energy and cooking source in some parts of the world and is also reportedly used as a skin detoxifier, an antimicrobial and as fertilizer, it is prohibited in the U.S.

“Despite these alleged benefits, cow dung from India is prohibited due to the potential introduction of Foot and Mouth Disease,” the CBP said.

According to Vice News, sales of cow dung cakes have been rising steadily in the U.S., with supermarkets such as Walmart and e-commerce stores such as Amazon selling them.