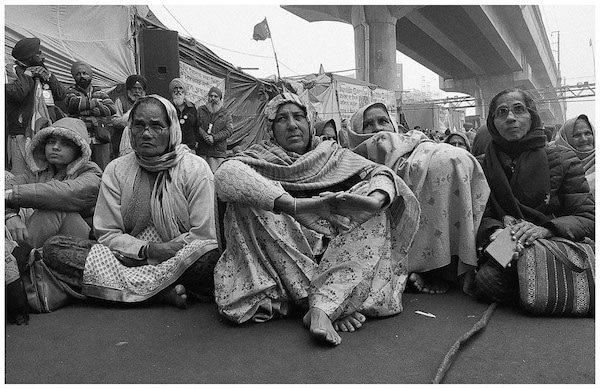 Women farmers from Punjab and Haryana protest at the Tikri border in Delhi, 24 January 2021.

On 26 June 2021, tens of thousands of Indian farmers will gather in front of the government offices in India’s twenty-eight states. They will come to commemorate the completion of seven months of their nation-wide protest against the extreme right Bharatiya Janata Party (BJP) government of Prime Minister Narendra Modi. This gathering will be part of a long cycle of protests that started on 26 November 2020 as part of a day-long general strike of 250 million Indian workers and peasants. Since November, tens of thousands of farmers, or kisans, have surrounded India’s capital, New Delhi, forming a Kisan [Farmers’] Commune. This Commune came to being 150 years after the Paris Commune, out of whose defeat, Marx wrote, would rise the next experiment with socialist democracy. The Kisan Commune, standing alongside Venezuela’s comunas and South Africa’s land occupations, is one such experiment. 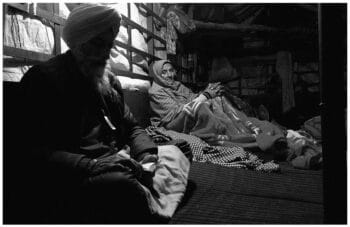 A farmer couple spends a winter night in their trolly at the Singhu border in Delhi, 28 December 2020.
Vikas Thakur / Tricontinental: Institute for Social Research

The farmers braved the Indian winter with defiance. What provoked them was the passage of three laws in September 2020 that delivered Indian agriculture firmly into the hands of a small group of mega-corporate houses. The Samyukta Kisan Morcha [United Farmers’ Front], made up of over forty farmer and agricultural workers’ unions, has called for the protest in June. Their slogan for that protest, Kheti Bachao, Loktantra Bachao [Save Farming, Save Democracy], sums up the farmers’ struggle.

The farmers and agricultural workers knew immediately when Modi’s government passed those laws that the mega-corporate houses would take control of the mandis, the marketplace for farm produce. The laws weakened the intervention of the state and handed over price mechanisms to powerful monopoly firms that have a close relationship to Modi and his party. The survival of agrarian life is at stake. This is not an exaggeration. The farmers know the impact of neoliberal policy: since 1991, when India adopted such policies in all aspects of economic life including for agrarian India, over 300,000 farmers have committed suicide. This protest movement, this Kisan Commune, is a scream against suicide. 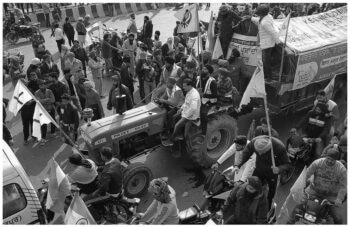 A tractor contingent on GT Karnal Road breaks through barricades and enters Delhi, beginning a confrontation between protestors and the police in Delhi, 26 January 2021.
Vikas Thakur / Tricontinental: Institute for Social Research

The 2011 Census says that 833.1 million people out of a population of 1.2 billion live in rural India, which means that two in three Indians live in the countryside. Not all of them are farmers or agricultural workers, but all of them are in one way or another connected to the vitality of the rural economy. There are artisans and weavers, forestry workers and carpenters, miners and industrial workers. An entire social world premised on a sustainable and healthy agricultural economy is in danger of being wiped out. This is what the farmers know: that the capitalist attack will undermine the existence of India’s rural workers and their ability to feed the country’s growing urban population.

Two months into the protest, the farmers swarmed into Delhi. The date they chose for their entry into the city was 26 January, Republic Day, when the newly independent India adopted its Constitution in 1950. Farmers rode 200,000 tractors towards the heart of their capital city, while others arrived on horseback and on foot. The police stopped them at barricades along the major highways. The soundtrack for this clash between those who feed the people and those who feed off the people was provided in 1971 by the poet Sahir Ludhianvi in his meditation on Republic Day:

What happened to our beautiful dreams?
When the country’s wealth increased, why this growing poverty?
What happened to the path to increased prosperity of the ordinary?
Those who had once walked with us to the gallows,
Where are those friends, those companions, those beloveds?
…

Each street is on fire, each city is a killing field.
What happened to our solidarity?
Life drags us through the deserts of gloom.
Where has the moon gone that once rose on the horizon?
If I am a culprit, then you are also a sinner.
Leaders of our country, you are guilty as well. 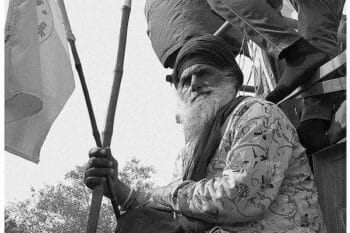 From Tricontinental Research Services (New Delhi) comes a remarkable dossier, The Farmers’ Revolt in India (Dossier no. 41, June 2021), which asks the simple questions: what has happened to agriculture in India and why are the farmers in revolt? At the heart of the dossier is an exploration of the agrarian crisis, a chronic condition whose symptoms are varied: the vagaries of agriculture, including crop failures, which result in low to negative incomes; indebtedness, underemployment; dispossession; and suicide. The roots of this crisis are not inevitable; they can be found in the structure of British colonial rule, in the failures of the new Indian state after 1947 (a state which capitulated to the landlord and bourgeois class), and in the accelerated failures of the neoliberal period from 1991 to the present.

It is one thing to recognise the revolt of the farmers; their active presence on the outskirts of New Delhi cannot be fully ignored. It is another to try and understand why they are there, to understand the deep roots of the crisis to which they respond with such fortitude. This dossier amplifies the views of the peasant unions and provides a thumbnail assessment of the Modi government’s full throttle handover of the Indian economy to the billionaire class, especially its closest cronies, the Adanis and the Ambanis families. In January 2020, Oxfam reported that India’s richest 1% possesses four times more wealth than the total wealth of the 953 million people, or the bottom 70% of the population, most of whom live in rural areas. 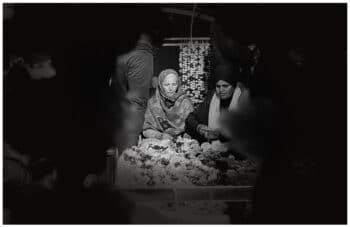 This inequality has only gotten worse during the pandemic. Between March and October 2020, Mukesh Ambani, India’s richest man, saw his wealth double to $78.3 billion, making him the sixth richest person in the world. In four days, Ambani made more than the total wages of his 195,000 employees. During this period, Modi’s government allocated a mere 0.8-1.2% of the GDP to its population for relief. The farmers and their families respond to this naked class warfare with the formation of their unyielding Kisan Commune.

Modi cannot easily back down from his commitment to mega-corporations, and the farmers and agricultural workers cannot surrender their lives. The stand-off has no easy exit. Large sections of the urban public are sympathetic to those who feed them. The application of force, often masked under the pretext of enforcing the lockdown, has been attempted, but it has failed. Will Modi’s government risk using greater force? If it does, will the public tolerate it? There is no easy answer to these questions. 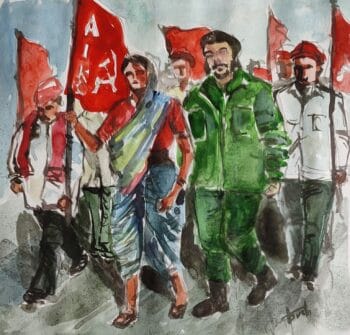 An important study from the Society for Social and Economic Research by Vikas Rawal and Vaishali Bansal shows that Indian agriculture is wracked by massive economic inequality. More than half of the households in rural India are landless, while a few landlords own not only the largest acreage, but also the best land. Landlessness and inequality of access to land have increased over the past few decades, Rawal and Bansal demonstrate, and insecure tenancy relations have only become more common. The Indian countryside, they show, ‘is characterised by a vast mass of peasantry and rural workers who live in abject poverty, do not have access to decent education and health care, and do not have access to basic amenities for living a decent life’. This is the reason why they protest. That is why, Rawal and Bansal argue, land reforms are a precondition for their freedom.