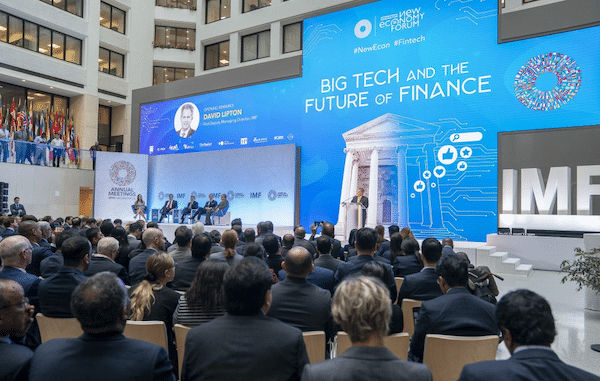 A recent article in the New York Times takes aim at ‘How Big Tech Won the Pandemic’, highlighting how in the last year alone, Amazon, Apple, Google, Microsoft, and Facebook posted a combined revenue of more than $1.2 trillion. While the pandemic has resulted in the loss of both work and life the world over, companies like Amazon have managed to expand their warehouses and their cloud computing infrastructure—and reaped unprecedented profits in the process. As the Times put it, ‘the pandemic created a peculiar economy that benefited some people and industries, including in technology, even as it battered others.’

But as many commentators have pointed out, the explosive growth of the tech giants must also be understood in relation to more overtly political conditions. It may be true that the technology industry has maintained a liberal, progressive, and socially equitable visage throughout the pandemic, even as it has subtly extended its multi-tentacled reach into new physical and digital spaces. Indeed, we know by now, that Big Tech has long thrived on regulatory evasion and the exploitation of legal grey areas and this is a dominant reading within critical political economy which has been at pains to point out how laissez-faire regulatory environments—particularly in the United States—have allowed the tech industry to sniff out and exploit new sources of profit, including those that have arisen as a result of the COVID-19 crisis.

In this literature, then, the tendency is to assume that it is an absence of state intervention that has underpinned the technology industry’s growing economic (and political) power. With our conception of techfare, however, we aim to push beyond these explorations of how Big Tech evades state control. Instead of focusing on state absences, we set out to highlight an equally significant dynamic: how the technology industry has become deeply entwined with the activities of the neoliberal state.

Our research agenda is centred on one key question: how has the dramatic post-2008 growth of the American technology industry interacted with—and been shaped by—the neoliberal regulatory projects that have prevailed during this time? In pursuing this question, we focus on one pivotal arena of neoliberal statecraft in which Big Tech companies increasingly participate, but where their presence has gone largely unnoticed: the disciplining of the relative surplus population, particularly through consumer debt, policing, and imprisonment.

As is well known, neoliberalism has yielded specific forms of state intervention to discipline and normalize the surplus population and to regulate social insecurity. Filling the void left by the retrenchment of social and welfare spending, these forms include Jamie Peck’s workfare, Susanne Soederberg’s debtfare, and Loïc Wacquant’s prisonfare. As the technology industry has inserted itself more deeply into consumer credit markets and surveillance activities, it has augmented both debtfare (which normalizes and encourages reliance on private sources of credit to augment wages and regulate social insecurity) and prisonfare (which criminalizes poverty through policies that extend the reach of the police, courts, jails, and prisons). And, as the two vignettes below show, it has done so in ways that not only support the ongoing efforts of the neoliberal state, but that also underpin the growth and profitability of Big Tech itself.

Techfare and the Business of Consumer Finance

The penetration of Big Tech into the realm of consumer finance has clear parallels with what Gabor and Brooks (2017) call the fintech-philanthropy-development nexus. Gabor and Brooks argue that fintech has accelerated the financial inclusion of the poor and enhanced financial institutions’ ability ‘to bank the unbanked. Big Tech, too, is adopting these logics of financial inclusion: the technology giants have vast stores of user data and trusting consumer bases that have allowed them to extend financial services globally. For instance, the total alternative credit model—a combination of fintech and lending by Big Tech companies—reached $800 billion in 2019. In Asia, Africa, and Latin America the presence of Big Tech credit grew rapidly, coinciding with the decline of fintech credit volumes due to market regulation in China.

Amazon, Apple, and Uber are all venturing into the business of consumer finance—and they are set to be major players in the field. A report by Bain and Company, for example, estimates that a formalized Bank of Amazon would cause U.S. banks to lose approximately $100 billion, with a potential customer base of 70 million, rivalling major banking giants like Wells Fargo. Apple has launched a credit card with Goldman Sachs that targets consumers with lower spending power. A Forbes forecast estimates that 15% of the 900 million iPhone users will sign up to the Apple Card by 2022, supplying Apple with a new revenue stream in the face of declining iPhone sales globally. Similarly, Uber recently unveiled Uber Money—an offering whose initial targets are Uber drivers themselves—which includes a debit account, wallet, and Visa credit card that encourages spending on Uber’s products, including rides, food delivery, and electronic vehicles. As these brief examples show, Big Tech is encroaching upon the spaces of traditional consumer credit, offering alternatives to traditional lending practices—sometimes in conjunction with, but also separately from, big banks. In the financial sector, techfarism disproportionately targets young and low-waged people. This is due in part to the low barriers to entry, lack of transaction fees, and a commitment to greater transparency than traditional banks. Big Tech’s foray into finance is yet in its early days and remains shrouded in secrecy. But the financial data procured from users in these various ventures will undoubtedly contribute to the profit-generating arsenal of these companies that are in constant search for new revenue streams.

Techfare and the Business of Surveillance

For the past several years, neoliberal states and Big Tech companies have been working hand-in-hand to produce new forms of surveillance and criminalization. One of the highest profile examples of this is the proliferation of facial recognition technology—an arena where racial capitalism and inequality dovetail with ongoing issues surrounding policing, incarceration, and the targeting of Black and brown people in the United States. For instance, Amazon’s foray into facial recognition and Clearview AI’s entanglements with various security-related departments in the U.S reveals a clear link between the state’s security apparatus and Big Tech.

Here, however, we want to focus on Amazon’s $1 billion acquisition of Ring—a smart doorbell maker—which has allowed Amazon to expand into home security services, and provides a useful tie-in to the retailer’s staple source of revenue (home deliveries). Ring primarily acts as a video doorbell that allows residents to watch their front door for packages and packages, and also monitor the safety of their home. More insidiously, however, Ring has recently launched its Neighbours app, which has been branded as a community safety tool that lets residents view real-time information on crime, fires, and other indices through various video capturing from Ring doorbells in their community. In 2019, a blog posted by Ring’s founder, Jamie Siminoff, revealed that Ring works with over 405 law enforcement agencies who have access to the footage of all Ring cameras through the neighbour portal app. In effect, the Neighbours app has helped to expand law enforcement’s surveillance capability, and it is a potent example of the society-led surveillance of criminality that invariably targets the racialized poor.

Our snapshots surrounding consumer finance and surveillance act as central examples of arenas where techfare augments extant modes of neoliberal regulation in the face of social insecurity. In aligning with debtfare, we are interested in how the vacuum left by welfare retrenchment and the decline of traditional financial actors has paved the way for Big Tech to become a player in consumer finance through new innovations on payday loans, credit cards, and other lending services that explicitly target low-income earners. In relation to prisonfare, we also highlight how Big Tech profits off of surveillance by extending the carceral state to the level of the neighbourhood and the household. Facial recognition is often seen as a public safety tool. But its potential to erode privacy and criminalize vast numbers of people while generating both revenue and data for Big Tech is an important direction for future research.

Ali Bhagat is a Lecturer in the Department of Politics, University of Manchester. He tweets at @AliBhagat1.

Rachel Phillips is a PhD Candidate in the Department of Geography, University of British Columbia