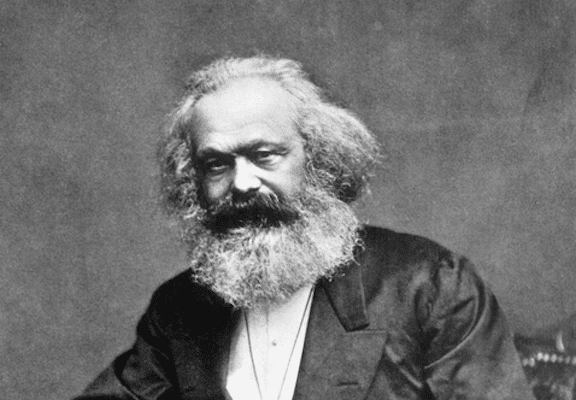 “The philosophers have only interpreted the world in various ways. The point, however, is to change it.”–Karl Marx, ‘Theses on Feuerbach’ 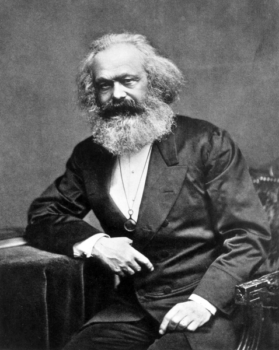 What is the point of punditry?

I ask this question partially rhetorically and partially because I want to suggest to you the meaninglessness inherent in the very idea of punditry. Because, seriously, what point can be found in our modern media’s discussion of political issues? It regurgitates the same opinions so many times over that the whole realm of discussion it characterizes rapidly turns meaningless.

We talk often about echo chambers existing online and within the media. If you live in the United States, you likely already know of the liberal/conservative divide in mainstream TV channels (MSNBC and Vice standing against Fox and Newsmax) and the methods each channel respectively employs to straw man and annihilate opposition while reinforcing the existing political positions of their viewerships. You may also be aware of similar tendencies in social media.

This state of affairs persists despite growing political awareness concerning how much actually unites the liberal and conservative strains in society. More people are beginning to ask themselves what the differences between them really are. Seeing as the Democrats and Republicans both swear to support the state of Israel in its genocidal campaign against Palestine while simultaneously continuing to deport refugees at the southern border, bolster the policies of the Federal Reserve and wage a destructive and racially-biased War on Drugs, it’s difficult to not see why. After all, what pluralism really exists in a society when either major political party (despite rhetoric) supports the same foreign policy line and reinforces the same prevailing economic condition?

Interestingly, people are also noticing that the media regurgitation embodied by punditry often makes sure someone doesn’t understand that practical equivalency between parties, clouding out someone’s own reason and replacing their beliefs with those of pundits in an effort at preserving the current state of affairs. This has produced a culture rife with unoriginality, one in which you can predict virtually every argument or counterargument used in a certain context by grasping the nature of that context.

There are a number of major implications for our very concept of “democracy” and “self” embodied by this realization. If one’s own reason is supplanted for that of someone else on a pretty regular basis, what “democracy” can really exist and what “self” can really exist?

In the final analysis of this situation, one question comes up, and I find it to be a question worth asking: How did we get here and what does this situation mean for us?

Well, Karl Marx and Friedrich Engels, those old German philosophers so often vilified by this highly unoriginal culture, have an answer: We got here because of capitalist machinations and this state of affairs means that we have a long road to go down if we are to achieve something like originality and freedom in society.

As is stated in Marx and Engels’ book, ‘The German Ideology,’

The phantoms formed in the human brain are, necessarily, sublimates of their material life process, which is empirically verifiable and bound to material premises. Morality, religion, metaphysics, all the rest of ideology and their corresponding forms of consciousness, thus no longer retain the semblance of independence.

To clarify, metaphysics here refers to our understanding of the universe as a systemic thing, with religion and morality both being symptoms of a metaphysical perspective. If, for example, you believe in a monarchic, singular god in whose image the universe was created, then you have a metaphysical perspective that provides a pretty simple solution to the questions of religion and morality: that god must be venerated and its dictates, whatever they are, must be infallible.

From the Marxist point of view, our metaphysical perspective is informed by an existing material situation. Our ideas are not insular things that we conceive of totally on our own, but are, rather, symptoms of our reality. This is the basis for Dialectical Materialism and the study of Ideology in Marxism. Dialectical Materialism, owing to the perspectives of anthropologist Ludwig Feuerbach and philosopher G.W.F. Hegel, is a method for creating new metaphysical, moral and mechanical perspectives rooted in scientific, empiricist evaluations of the world around us. The study of Ideology is a consequence of Dialectical Materialism, one in which Marxists begin to consider what material forces shape our very formulation of perspectives; in short, it asks what motives are consciously or unconsciously betrayed by the opinions we put forward.

In analyzing punditry and its reflection in the public, we must take up the study of Ideology and begin to question where pundits’ opinions come from. When we begin to look into the issues at play, we start to notice some clear instances of encoded motivations betrayed by the interests of commentators, stations etc.

CNBC, MSNBC and Bloomberg are all run by a tremendously powerful media mogul who tried to run for president in 2020. Chris Cuomo, a notable CNN commentator, is the brother of the governor of New York and son of a former governor. Rupert Murdoch, billionaire media mogul, the founder of Fox Corp, News Corp and 21st Century Fox, has major business interests in shale and natural gas exploitation and has, in the past, strategically deployed his various newspapers and channels to endorse certain political organizations which he finds favorable to his business interests, with him having effectively invented the framework for Republican political commentary. Also, it almost seems unnecessary or even superfluous to mention the fact that Jeff Bezos, the richest man on the planet, also happens to be the owner of the Washington Post.

Furthermore, supposedly “nonprofit” think tanks and organizations like the National Endowment for Democracy, Human Rights Watch, Amnesty International and the Atlantic Council, all of which are frequently quoted by the media, have the heads of multinational corporations, known war criminals like Henry Kissinger and current or former members of the U.S. State Department, CIA and NSA and the British intelligence organization MI-6 staffing their boards and ranks. They also, notably, receive donations from monarchic states like the UAE and Saudi Arabia and have, previously, backed up false stories such as the Incubator Narrative to justify U.S. interventions like the Iraq War, invasion of Libya, NATO bombing of Yugoslavia etc.

What this means is that the media, in general, is a vessel used by the prevailing economic and political order, Neoliberal capitalism, to put forward justifications for its own existence and club the media-engaged public into submission unto its ideas. This constitutes an element of the Superstructure, a societal mechanism that shapes our very understanding of the world to ensure the continued success of the base mode of production governing society.

As Marx writes in ‘A Contribution to the Critique of Political Economy,’ “The mode of production of material life determines the social, political and intellectual life process in general. It is not the consciousness of men that determines their being, but, on the contrary, their social being that determines their consciousness.” The Superstructure is a system built upon and reflected in our material conditions. Education, religion, family pressures etc. all directly express elements of the Superstructure, precisely because we see it as giving our material reality a certain level of meaning and value and because it represents a safer philosophy than anything revolutionary. The Superstructure is a universal cultural consequence of capitalism. Therefore, it stands to reason that the only way in which we might achieve something is by breaking revolutionarily with the intellectual proscriptions of our Superstructure to ascertain our existing material situation and revolt against capitalism and all its implements on a material basis. After all, “the ruthless questioning of everything existing,” as Marx calls it, is the only reliable method by which class consciousness can be developed.

For decades, ever since the arrival of Marxism in the United States, we have seen a countercultural element subversively passing down theoretical ideals from one generation to the next. Likewise, we have seen constant adaptation, with groups and theoreticians adding onto that original framework by synthesizing various other systems for understanding the world into Marxism and coming to their own conclusions through the practice of developing a movement for revolution. This internal effort has been informed by and developed alongside the global socialist movement. We must learn from previous Marxist generations’ efforts and understand that practice of a similar nature will lead us to the discovery of a new line upon which a broad movement can be based. It can only be then that we might stand a chance at breaking with capitalism, its symptomatic expression in culture and other reactionary philosophies.

In our current digital context, the difference between the hegemonic culture and this counterculture, which had previously existed in strains of proletarian media, has become blurred to a certain extent. Today, many people are interacting with the ideas of Marxism, but, precisely because of the nature of the Superstructure, they often lack clarity concerning much of its content. Their perspective is colored by their material interests, that which they have been told about Marxism and those knee-jerk responses they produce when its name is invoked. An inevitable consequence of this is that Marxism and Marxists are often perceived as terminally and inextricably online, perpetually defending and reiterating their ideas to people who are, often, totally unreceptive. This especially comes out of those leftists affected by that clouding of one’s own reason, who have a distorted perspective of Marxism and yet still call themselves Marxists. In the face of this, action must be urged among Marxists and among those that come to Marxism, seeking to understand it.

The philosophy of Marxism must be upheld and understood by a broad mass of the politically engaged public if we are to get anywhere. But for this to happen, Marxism, as a philosophy which demands action, must be shown to be something in a constant state of action and practice. Practice and the embodiment of our ideals in our actions will be how we differentiate ourselves from the idealist pseudo-reality of pundits and the media.

The real motivations underlying their efforts, that which is encoded in their actions, reveals the hypocrisy of their claims to reason and humanity and demonstrates their service unto the systems of capital. Our actions will, by contrast, advance our philosophy, for we can unite them with our ideology and progress honestly. This should be the only rational course for our movement.

If we remain without practice, we shall ensure that our efforts only contribute to the maintenance of a pale reflection of the pundits’ culture. We will perpetually be the counterculture, immobile, stagnant, locked into unopenable echo chambers, unclear even of what it really means to represent that counterculture. We will, in short, contribute directly to their rule by not meaningfully expanding our movement or combatting them on a fundamental level.

Clearly and intelligently deploy dialectical materialism in examining your conditions, create solid statements that destroy the idealist conceptions of your foes, and then act to build that new future which Marxism seeks to achieve. This action must come in the form of joining Marxist organizations and educational programs, engaging in the community, urging militancy, etc. Practice will remedy our current lack of a united or coherent program for the revolution.

It is the only remedy left to us and history is known to not be kind to dalliers.