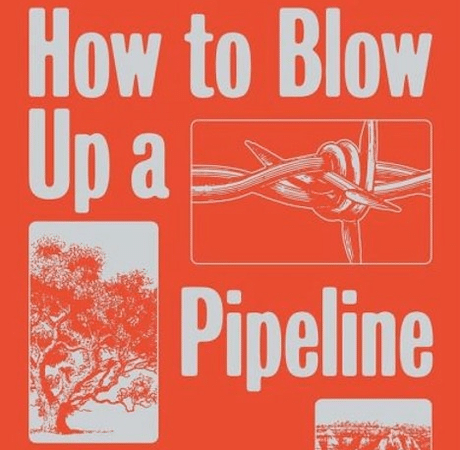 How to Blow Up a Pipeline by Andreas Malm

“Property will cost us the earth.”
— Andreas Malm 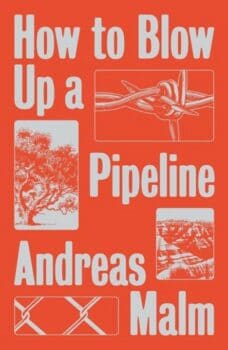 Could that be true because most people realize that “acting effectively” means acting outside the bounds of what most, these days, are prepared to do? And if so, why is that?

Consider this a preliminary piece on the ideas of Andreas Malm, of whom I’ll write more later. While I don’t (yet) advocate for his ideas, I strongly advocate for discussing them.

The book of Malm’s that people are talking about is the one pictured above, though he’s written others of note. That book and its subject are discussed at some length here:

among many other places.

Even Ezra Klein, the Alex B. Keaton of his generation, is getting into the act. So let’s start with Klein and his thoughts:

I spent the weekend reading a book I wasn’t entirely comfortable being seen with in public. Andreas Malm’s “How to Blow Up a Pipeline” is only slightly inaptly named. You won’t find, anywhere inside, instructions on sabotaging energy infrastructure. A truer title would be “Why to Blow Up a Pipeline.” On this, Malm’s case is straightforward: Because nothing else has worked.

We could stop now and the whole point will have been made. Why blow up a pipeline? Because nothing else has worked.

Decades of climate activism have gotten millions of people into the streets but they haven’t turned the tide on emissions, or even investments. Citing a 2019 study in the journal Nature, Malm observes that, measuring by capacity, 49 percent of the fossil-fuel-burning energy infrastructure now in operation was installed after 2004. Add in the expected emissions from projects in some stage of the planning process and we are most of the way toward warming the world by 2 degrees Celsius–a prospect scientists consider terrifying and most world governments have repeatedly pledged to avoid. Some hoped that the pandemic would alter the world’s course, but it hasn’t. Oil consumption is hurtling back to precrisis levels, and demand for coal, the dirtiest of the fuels, is rising.

Every word a true one. And nothing we’ve done so far has dented in any noticeable way the shiny car we’re riding to our doom (by which I mean, back to our ancient hunter-gatherer lives).

Why So Little Effective Action So Far?

The reason Klein is uncomfortable carrying the book, of course, is the reason we’re stuck to begin with in this “capitalist hellhole” (to borrow a phrase from a friend who’s planning his escape). That reason is our worship of property and individual property rights:

“Here is what this movement of millions should do, for a start,” Malm writes. “Announce and enforce the prohibition. Damage and destroy new CO2-emitting devices. Put them out of commission, pick them apart, demolish them, burn them, blow them up. Let the capitalists who keep on investing in the fire know that their properties will be trashed.”

Why don’t people do this? Klein spends the rest of his essay trying to answer that question. He concludes that the “discordance between the pitch of the rhetoric on climate and the normalcy of the lives many of us live” is due to “a constant failure of human nature.”

My own answer has more to do with the purchased blindness and banal wickedness of our political leaders, the hubris and wealth of those who own and direct them, and the greed-soaked media that elevates only their ideas and no one else’s.

Klein himself seems to admit as much in passing when he writes:

“North America chokes in smoke, looks like an ashtray from space,” read a Weather Channel headline. But you’d never know it watching C-SPAN.

Or watching MSNBC, despite its attempt to appear to be taking some notice. Really taking notice means doing something to actually prevent the disaster, not advocating something that, if it pleases Joe Manchin, might take maybe 2% off the massive damage to come.

Yet “violence” defined as “harm to property” is the capitalist mortal sin, and today’s America holds that concept dear. No one ever considers that the greatest proponents of the moral rightness of protecting property are those with most of it, and most of that likely stolen. 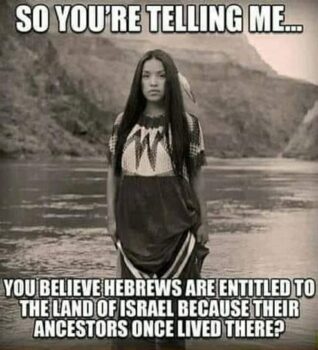 For contrast, here’s a taste what “harm to property” was valued at during the actual attempted revolution of the 60s and 70s:

The Yippies took a radical approach to the Democratic National Convention. They wrote articles, published fliers, made speeches and held rallies and demonstrations, to announce that they were coming to Chicago. Threats were made that nails would be thrown from overpasses to block roads; cars would be used to block intersections, main streets, police stations and National Guard armories; LSD would be dumped in the city’s water supply and the convention would be stormed. However, none of these threats came to fruition. Nonetheless, city officials in Chicago prepared for all possible threats. A vilification campaign led by Chicago authorities worked in favor of the Yippies’ plan.

Not that these were good ideas. But they were met with a lot less opposition by the movement of that day than similar ideas are met with by ours.

It shouldn’t be lost that the yippie rebellion happened before the Reagan Counter-Revolution, the successful revolt of the rich against anything that constrained them. The relentless propaganda that supports that counter-revolt steals most people’s critical thinking, even today.

The Choices Left Are Few

Yet the climate crisis is upon us now, as we speak and write, and Ezra Klein, the hippie-hater’s anti-hippie from Central Casting, knows as much. Even your right-wing Trumpist uncle and aunt know we’re in trouble.

Yet the choices left us are few. Either surrender to fate, as determined by our geriatric leaders and the money-obsessed men and women who control them, or do … something else:

“Here is what this movement of millions should do, for a start,” Malm writes. “Announce and enforce the prohibition. Damage and destroy new CO2-emitting devices. Put them out of commission, pick them apart, demolish them, burn them, blow them up. Let the capitalists who keep on investing in the fire know that their properties will be trashed.”

“Were we governed by reason, we would be on the barricades today, dragging the drivers of Range Rovers and Nissan Patrols out of their seats, occupying and shutting down the coal-burning power stations, bursting in upon the Blairs’ retreat from reality in Barbados and demanding a reversal of economic life as dramatic as the one we bore when we went to war with Hitler,” he says.

As Klein himself admits, “there’s was no peaceful American Revolution,” and Malm’s suggestion is far less drastic than what happened way back then.

Why? “Because nothing else has worked,” and even the discussion advances the idea that the problem is exactly that serious.