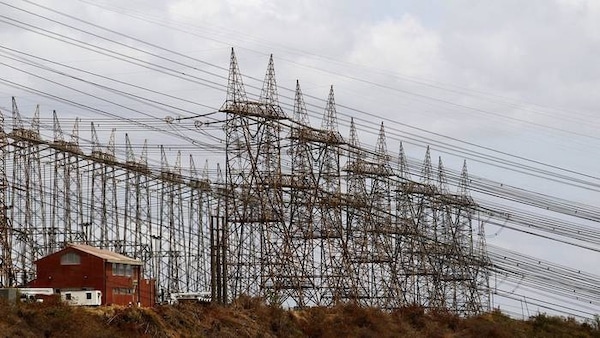 Venezuela’s electrical grid has reportedly suffered cyber, electromagnetic and physical attacks since 2019, with authorities pointing the finger at the U.S. (Jorge Silva / Reuters)

In a press statement released on Tuesday, Rostec said it will provide “comprehensive support” and “advanced technology” to reinforce Venezuela’s electrical grid, severely affected in recent years, with parts of the country suffering intermittent power cuts on a regular basis.

To achieve this purpose, the Russian state-run corporation explained that “the parties plan to implement joint products in digital technologies, technical support, supplies of required equipment, training and professional certification of Venezuelan specialists.”

“This will ensure uninterrupted power supply, improve the quality of life of Venezuelan citizens and contribute to regional socio-economic development,” added the statement.

According to Rostec, as part of the agreements, CORPOELEC expressed interest in “processes and emergencies control automated systems, operational monitoring and data flows management,” including the collection, transmission and storage of primary information.

For his part, Rostec’s Project Technologies general director, Sergey Yarosh, told press that a “technical commission” will be set up with “four representatives from each of the parties” to create a list of projects and schedule their execution. However, the energy facilities where the works will take place were not disclosed.

The memorandum was reportedly signed by Yarosh and CORPOELEC president José Luis Betancourt-González. At the time of writing, no public statement from the Venezuelan state company was available.

Founded in 2007, Rostec has a track record of developing high-end projects, particularly related to the aeronautical, construction, automobile, metallurgy, machinery and equipment manufacturing sectors. The Moscow-based corporation brings together over 800 industrial and scientific entities.

In CORPOELEC’s case, the state-owned company was created in 2007 during Hugo Chávez’s presidency to unify the country’s energy sector by merging ten public companies and six nationalized private ones. The corporation is in charge of power generation, transmission, distribution and sales.

The new cooperation agreement between the two companies is framed in a ten-year agenda signed in April with a view towards ending Venezuela’s electricity crisis. In 2019, a number of attacks caused two major nationwide power outages, on March 7 and March 25, respectively. In both cases, most of the country spent over five days in the dark, halting work, school, public transport and almost all commercial activities. The electric grid has not fully recovered since.

At the time, the Nicolás Maduro government denounced that a cyber-attack against the Guri Dam, the country’s main electricity generator located in Bolívar state, had come from the U.S. cities of Houston and Chicago. The accusations were dismissed by Washington, though experts later attested that the U.S. has the technology for this type of long-distance sabotage.

Following the 2019 blackouts, Venezuelan authorities have claimed that the electric grid continues to receive cyber and physical attacks, with the most recent one happening on January 5, affecting Caracas and 12 other states for a short period of time.

Additionally, Venezuela’s power facilities have been hard-hit by an economic crisis that began in 2014 with the drop in oil prices, later exacerbated by U.S. financial sanctions imposed in 2017, followed by an oil embargo and a blanket ban on all dealings in 2019. The coercive measures have stopped the country from acquiring repair parts and servicing equipment.

Washington’s sanctions have likewise led to acute fuel shortages after the former Trump administration put an end to oil-for-diesel swap deals in 2020, leaving Venezuela without its main input to activate backup thermoelectric plants.

However, electrical workers have claimed that Venezuela’s current deteriorated energy infrastructure is also a consequence of years of under-investment, lack of maintenance, and qualified personnel migration.

While the country works to stabilize its energy supply, the population still sees intermittent and short power cuts mixed with a rationing plan; the latter mostly applies to Western states such as Zulia and Mérida.

As a result, Venezuela’s water pumping systems, rural irrigation systems, retail, industry, and other areas have long been affected. The most recent electrical outage took place on August 2 in parts of Caracas as well as La Guaira and Miranda states.

In recent years, Venezuela and Russia have deepened their economic and political ties, with Moscow helping Caracas circumvent U.S. coercive measures to place its oil output. However, in February 2020, secondary sanctions forced Russian energy giant Rosneft to shut down its dealings with PDVSA.

Russia has also assisted with food imports and provided COVID-19 vaccines to the South American nation.