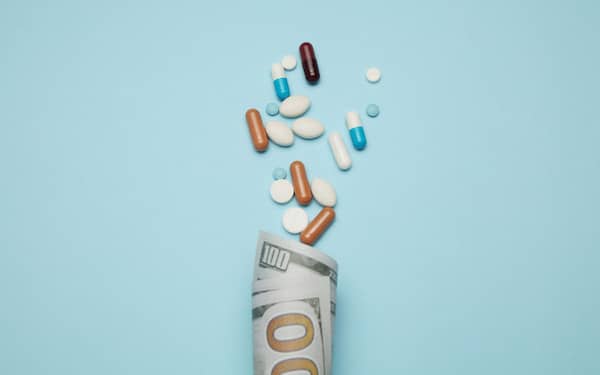 ‘Government is the problem’

“India’s COVID crisis: A deadly example of government failure”, “Government failures still hamper [UK] COVID-19 response”. Such headlines have become commonplace as the pandemic rages on, with no sign of ending soon. Their godparents deserve due recognition.

no government can do anything [good]… people look to themselves first… There is no such thing as society… quality of our lives will depend upon how much each of us is prepared to take responsibility for ourselves and each of us prepared to turn round and help by our own efforts those who are unfortunate.

US President Ronald Reagan declared, “government is not the solution to our problem; government is the problem”. Inspired by them, government capacities and public sectors have been decimated in recent decades, ostensibly to liberate entrepreneurship and progress.

Four decades of defunding, delegitimization and demoralisation of governments and their personnel since Thatcher and Reagan have taken their toll. Unsurprisingly, most governments have failed to respond more adequately to the pandemic.

To justify social spending cuts, politicians of various hues the world over have been parroting mantras that government is too big and bad. ‘New Democrat’ U.S. President Bill Clinton proudly declared the “era of big government is over”.

This ‘politics of small government’ legitimised privatisation of public assets and services. Authorities have tripped over one another to privatise potentially lucrative public sector duties and activities, while reducing taxes and expenditure.

COVID-19 has revealed the nature and purpose of neoliberal health spending reforms. New policies have included privatisation and contracting out public services. Social spending has not only been cut, but also used to pay private suppliers.

Health system failures highlighted by the pandemic have been long in the making. Four decades of neoliberal policies–including marketisation, or commodification of healthcare–have greatly increased private provisioning.

Private healthcare provisioning in low and middle-income countries (LMICs) took off in the 1990s. It gathered pace after the 2008-2009 global financial crisis with more hedge fund and other investments in hospitals and allied health services.

Such provisioning now accounts for most health services in many LMICs, catering mainly to medical tourists and patients with means. Thus, profit considerations and financial markets have remade LMICs’ national health systems.

Increasingly privatised and outsourced, public health systems in developing countries have been underfunded, undermined and understaffed. Fractured health systems, with poor governance and regulation, have become even less able to respond well to new challenges.

Such changes have been promoted by new aid-sponsored financial arrangements, such as public-private partnerships, as urged by the World Bank. The pandemic has exposed the results as grossly inadequate, ill-suited and vulnerable.

Profitable private services remain parallel to and separate from the public system. The reforms have not only undermined public health systems, but also weakened governments’ ability to cope. Even in rich countries, about 40% of health spending is now for private services.

Neither privatisation nor commodification have improved the quality of care, equity and efficiency of public services. Thus, deregulation, privatisation and liberalisation have squeezed health access, raising morbidity and mortality.

Meanwhile, donors have been diverting aid from governments to non-government organisations (NGOs), especially ‘international’ ones. But patchworks of foreign-run NGOs are no substitute for integrated national public healthcare systems.

Analyses of economic shocks around the world, from the 1930s’ Great Depression to the 2008-2009 Great Recession, show fiscal austerity kills. In England since 2010, austerity has been linked to 120,000 more deaths and over 30,000 suicide attempts.

Despite declining alcohol abuse and smoking, and without counting flu and other epidemic fatalities, 100 ‘early deaths’ daily were expected in the UK, even before the pandemic. Social security cuts have also been devastating.

Despite growing patient demand and rising healthcare costs, during 2010-2020, the UK National Health Service suffered the “largest sustained fall in… spending as a share of GDP in any period” since its creation after the Second World War.

Meanwhile, austerity-driven funding cuts to the World Health Organisation (WHO) by the U.S., UK and European governments critically delayed responses to the Ebola outbreak, worsening it. Funding shortages also set back needed WHO efforts to respond to future global health crises.

Health threats posed by the pandemic have not been well addressed by the reforms of recent decades. Some have been made worse, with LMICs particularly hard hit by COVID-19. Unsurprisingly, confidence and trust in governments everywhere have dipped.

In fact, public health investments before the pandemic were projected to yield three times as much in economic growth. Thus, such spending would have not only saved lives, but also accelerated economic expansion.

With COVID-19 endemic, and most government pandemic containment and fiscal capacities in the global South limited, the pandemic will drag on, further setting back progress and worsening inequalities.

Meanwhile, Thatcher and Reagan still haunt us all until the world exorcises their ghosts forever.