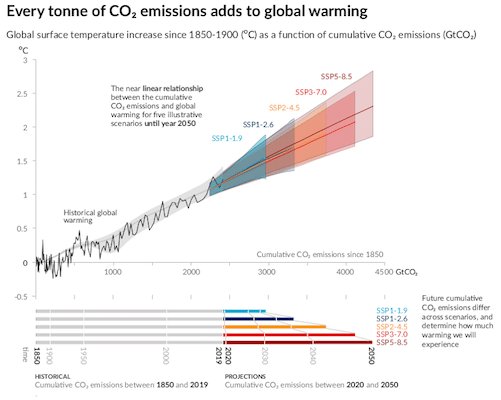 Part 1 explained the need for more nuance in the debate between worker focused and structural transformation approaches in a just climate transition. Here, part 2 considers how to bridge the two, considering three scenarios for workers in different parts of the transport sector.

In addition to the industry shutdown scenario, I think there are four other scenarios that are important to understand. Industry contraction applies to sectors such as aviation, which may need to contract in order to meet its targets in the short term. Industry adaption applies to sectors such as shipping, which need to continue but may require a different technological and structural basis. Industry expansion relates to sectors such as public transport, where decarbonisation requires more buses and trains and fewer private car journeys. Industry evolution relates to new sectors, such as solar and offshore wind farms, that are newly emerging and do not have any history of labour relations, but there will not be space to discuss this fourth scenario in this column.

The scenarios are not exact: there are overlaps among the different scenarios. Workers in aviation, for example, may be facing contraction, adaption, and expansion. But it is important to identify what these different challenges are so that workers can relate just transition to their own experience.

In scenarios such as industry contraction, adaption, and expansion, we need to build a bridge between worker focused approaches and more abstract structural transformation approaches. A common theme that links these different sectors is the importance of mobilising occupational identities. Unlike in an industry shutdown scenario, these sectors will continue to operate in some form, and workers in these sectors may have strong associations with these industries. If we outline a vision for how these industries can operate in a sustainable way in the future, this can create a bridge between the narrow focus of the worker focused approach and the more abstract system transformation approach.

The ITF’s work in the public transport sector is a good example of this bridge. The ITF People’s Public Transport Policy (PPTP) calls for decarbonisation through the expansion of public transport services and a modal shift from private car journeys to buses, trains, and greater provision for walking and cycling. It emphasises the social-use value of public transport, including access to public transport for all social groups, and also a decisive political and economic shift with calls for public investment and ownership. Finally, it calls for high labour standards and good working conditions.

The PPTP is a strong proposition for workers and communities. It links decarbonisation with job security, high labour standards and public ownership. However, workers in the sector will not get access to good jobs and high standards automatically. Current examples in cities such as Bogota and Manila demonstrate the risks for workers in these sectors. The replacement of the existing minibus fleet with new electric versions can play a major role in reducing emissions. But governments and employers are seeking to fire existing workers and bring in a new workforce. Union campaigns in these cities are fighting for the rights of existing workers to retain their jobs and ensure that this is a just transition.

Even with these struggles, the fact that public transport workers are in an industry expansion scenario means they have strategic advantages compared to workers in other sectors. Aviation, by contrast, is one of the most challenging sectors in which to engage workers in just transition. Aviation has higher greenhouse gas emissions than any other transport mode. There are major technological challenges for reducing emissions, and the sector has been slow to invest in decarbonisation. Game changing technologies such as hydrogen fuels and battery powered aircraft are at least 20 to 30 years away. Shorter term options such as improved aircraft design, alternative fuels, and electrification of airport operations could bring down emissions. But it is uncertain how quickly these changes can be introduced.

All of this adds up to an uncertain future for aviation workers, including fears of job losses. Aviation has become a symbolic target for social movements and NGOs who are calling for the industry to be radically scaled down. This criticism has created a defensive mindset amongst some aviation workers, who have already faced systematic attacks on working conditions for the past two decades.

The aviation industry remains highly unionised in some countries. It is also an industry that has social use value and cannot be easily replaced. In order to mobilise aviation workers for climate justice, we need more than an economy-wide structural transformation narrative. We need a vision of what a sustainable aviation sector could look like with good union jobs and greater workplace democracy. This vision will require some structural change, such as some short haul flights shifting to lower emission modes such rail, which could mean fewer jobs compared to pre-COVID-19 levels. It may also involve changes to existing jobs to reflect greater use of emissions-reducing technologies, such as electrification of airport operations and alternative fuels production. The key point is that we need to show there is a pathway to a sustainable industry, so that workers can see where they fit into it.

One reason we need to illustrate the pathway to a sustainable aviation industry is the importance of occupational identities. The identification of workers with their occupation or industry has long been a double-edged sword for the trade union movement. For example, the identification by cabin crew as aviation workers can generate powerful solidarities amongst workers both nationally and internationally. At the same time, it can also make it difficult for workers to see beyond the perspective of their industry. The trade union movement often has to balance these tensions, particularly when it comes to climate justice and just transition. Showing the pathway to a sustainable aviation industry is important in order to mobilise workers’ identification with their industry, and also the solidarities that have built up around it.

Shipping represents a different challenge, one of adaption. Shipping has a more straightforward technological path to decarbonisation. Technologically, it is easier to develop alternative propulsion methods on the sea than in the air. And there is general agreement of the importance of maintaining the shipping industry in order to transport goods essential for social needs. However, the need for shipping to decarbonise is just as urgent: 80% of the world’s goods are transported by sea, and shipping emissions are at a similar level to aviation. Furthermore, governments and employers have been slow to set meaningful emissions targets for the shipping industry.

There is an urgent need for shipping to adapt in order to transition to a zero carbon industry. Currently the major concern for workers is not job losses but changes to working practices. One of the most likely changes will be the introduction of alternative fuels. Some of these fuels, such as ammonia, could reduce shipping’s carbon footprint by as much as 50%. There are also a wide variety of other changes to operational management that will be necessary to make shipping more efficient.

The challenge for mobilising seafarers around climate justice and just transition is twofold. Firstly, there is a need to educate seafarers about why these issues are important to them. The oceans are one of the front lines of the climate crisis, in terms of rising sea levels, threats to marine life, and increased storms and dangerous weather. As their workplace is on the ocean, seafarers have a natural role as stewards of the sea. However, after several decades of foot dragging by employers, unions have an important role to play in educating seafarers about the changes that are necessary.

Secondly, it is vital that seafarers have an active role in shaping the changes that will take place. Health and safety is a key issue, and given the dangers of alternative fuels such as ammonia, it is vital that seafarers are not put at risk by unproven technologies and unsafe systems. It is now obvious that the whole training system for seafarers will also need to change. Current projections show that different fuel types will require much more regular training on different engine types and fuel propulsion systems. The introduction of greater digitalisation could change the nature of existing jobs. Some employers are calling for a programme of massive investment to speed up the changes that are needed. The shipping industry is on the cusp of major change, and seafarers’ unions need an active role in shaping these changes at both the global and workplace levels.

Beyond concerns about job losses

Climate justice and just transition are fundamental issues for trade unions. In the transition to a sustainable economy, the global labour movement needs to both defend what workers currently have, and transform the system into something better, with higher labour standards and more workplace democracy. To achieve this, we need to mobilise the broad base of the trade union movement, and to do that we need to understand these issues from multiple perspectives. In particular, we need to broaden our understanding of just transition beyond concerns about job losses.

A key task for the trade union movement, therefore, is to engage workers on climate justice at industry level to build visions for specific industries that show the pathway to a sustainable economy. Furthermore, building a broader narrative means going beyond questions of decarbonisation to address more fundamental questions about power and purpose. The COVID-19 pandemic has demonstrated the importance of building our economies around what really matters to our societies. Engaging workers around the future of their industries will logically involve debates about what these industries are really for, and therefore what kind of overall economy we really want.