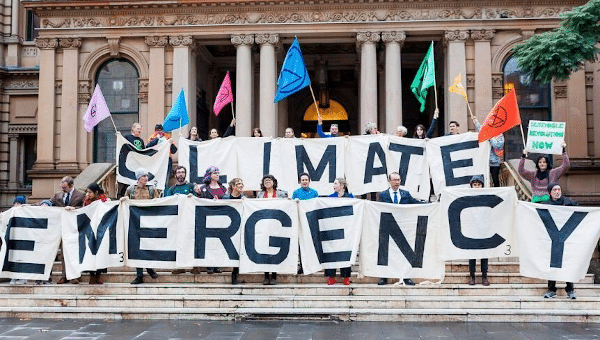 The Fossil Fuel Non-Proliferation Treaty Initiative is spurring international cooperation to end new development of fossil fuels, phase out existing production within the agreed climate limit of 1.5°C and develop plans to support workers, communities and countries dependent on fossil fuels to create secure and healthy livelihoods. Cities such as Vancouver and Barcelona have already endorsed the Treaty with more considering motions to endorse. Hundreds of organizations representing thousands more individuals join the call for world leaders to stop fossil fuel expansion.

Over two thousand academics across disciplines and from 81 countries have delivered a letter demanding a Fossil Fuel Non-Proliferation Treaty to manage a global phase out of coal, oil and gas to governments gathering at the next UN General Assembly (September 14-30, 2021).

In the open letter, the academics recognize that the burning of coal, oil and gas is the greatest contributor to climate change–responsible for almost 80% of carbon dioxide emissions since the industrial revolution. Furthermore, they note that, “air pollution caused by fossil fuels was responsible for almost 1 in 5 deaths worldwide in 2018.”

Despite this, national governments, including the COP26 hosts themselves, plan to expand fossil fuel production at levels that would result in around 120 percent more emissions than what is in keeping with the Paris Agreement target of 1.5ºC of warming.

For more information on the Initiative, please visit the website, explore the Campaign Hub and view the introduction video.

We, the undersigned, call on governments around the world to adopt and implement a Fossil Fuel Non-Proliferation Treaty, as a matter of urgency, to protect the lives and livelihoods of present and future generations through a global, equitable phase out of fossil fuels in line with the scientific consensus to not exceed 1.5ºC of warming.

The fossil fuel system and its impacts are global and require a global solution. We call on governments to urgently commence negotiations to develop, adopt and implement a Fossil Fuel Non-Proliferation Treaty laying out a binding global plan to:

The scientific consensus is clear that human activities are primarily responsible for global climate change, and that the climate crisis now represents the greatest threat to human civilization and nature.1

The burning of fossil fuels–coal, oil, and gas–is the greatest contributor to climate change, responsible for almost 80% of carbon dioxide emissions since the industrial revolution.2

To keep warming to below the temperature goal of 1.5ºC, as reflected in the scientific literature and the IPCC’s special report on 1.5ºC, global greenhouse gas emissions need to be at least 45% lower globally by 2030.3

According to the most recent Production Gap Report, this requires an average decline in fossil fuel production of at least 6% per year between 2020-2030. However, the fossil fuel industry is planning to increase production by 2% per year.4 It is vital that the global transition towards a zero carbon world is equitable, based on countries’ fair share of expected climate action, their historical contribution to climate change and their capacity to act. This means richer countries must reduce production of fossil fuels at a faster rate than poorer countries that require greater support to transition, including through the redirection of finance and subsidies from fossil fuels to renewable energy.

In addition to climate impacts, new research shows that the air pollution caused by fossil fuels was responsible for almost 1 in 5 deaths worldwide in 2018.5 These significant health and environmental impacts are derived from the extracting, refining, transporting and burning of fossil fuels and are often borne by vulnerable and marginalised communities. At the same time, centralised, fossil fuel-generated energy often concentrates power and wealth into the hands of a select few, bypassing the communities in which extraction occurs.6

The current dominant approach to tackling climate change focuses on policies that restrict greenhouse gas emissions and the demand for fossil fuels, for example by fostering the growth of substitutes for fossil fuels such as renewable energy and electric vehicles.7 But there has been limited focus on policies aimed at constraining the production and supply of fossil fuels at the source.

Yet efforts to reduce demand for fossil fuels will be undermined if supply continues to grow. Continued production means either that fossil fuels will continue to be burnt for energy–pushing the world towards catastrophic global warming–or that the industry and countries reliant on fossil fuels will face massive stranded assets, stranded workers, and stranded economies, as government revenue streams currently relied on for development and public sector employment and essential public services evaporate.

While the Paris Agreement lays an important foundation for action on the demand-side of the equation, without international cooperation and policy processes focusing on the supply of fossil fuels, countries will continue to overshoot their already insufficient emissions targets.8

Given the significant historical contribution of fossil fuels to climate change, and the industry’s continuing expansion plans, we are calling for a solution commensurate with the scale of the problem. Phasing down coal, oil and gas in line with 1.5ºC requires global cooperation, in a way that is fair, equitable and reflects countries’ levels of dependence on fossil fuels, and capacities to transition. This, in turn, should be underpinned by financial resources, including technology transfer, to enable a just transition for workers and communities in developing countries and a decent life for all. 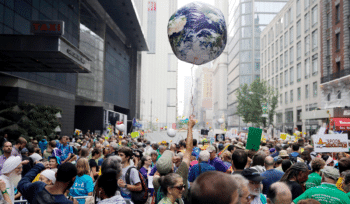 In this context, we add our voices to the call from civil society, youth leaders, Indigenous Peoples, faith institutions, cities and sub-national governments for a global treaty to address fossil fuels.