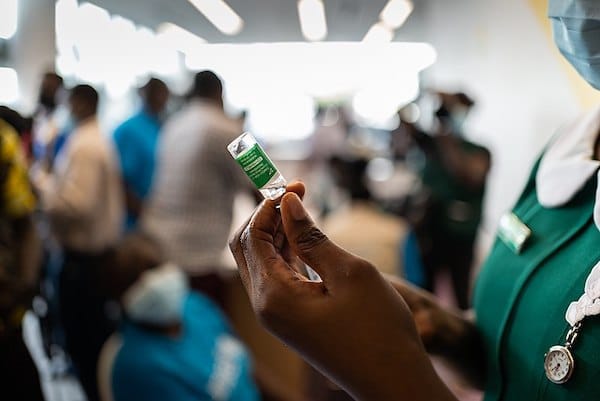 KUALA LUMPUR: The world should now be more aware of likely COVID-19 devastation unless urgently checked. Last week, the World Health Organization (WHO) announced an US$8 billion plan to quickly vaccinate many more people to expedite ending the pandemic.

Perhaps frustrated after being ignored by rich country governments and major vaccine producers, the new WHO plan is relatively modest, but hopefully more realisable. Supported by UN Secretary-General Antonio Guterres, the Vaccination Strategy seeks to reduce vaccine apartheid by inoculating 40% in all countries before year’s end, and 70% by mid-2022.

WHO had urged governments to vaccinate at least 10% of their populations by September 2021. With almost 6.5 billion inoculations by then, almost a third of the world’s people were fully vaccinated. As noted by WHO Director General (DG) Tedros,

High and upper-middle income countries have used 75 per cent of all vaccines produced so far.

Worldwide vaccination will also stem emerging new variants. But less than 0.5% of doses have gone to low-income countries, with less than 5% in Africa fully vaccinated. Thus, more than 55, mainly African countries have been largely left out in this ‘two-track’ vaccination effort.

Globally, about 1.5 billion vaccine doses are being produced monthly. The WHO Strategy deems this enough to achieve its targets, “provided they are distributed equitably”. Although more financing is still needed, it implies enough to procure most vaccines needed for poorer countries via COVAX and the African Vaccine Acquisition Trust (AVAT).

Despite the past, the DG believes the Strategy can succeed if countries and companies supplying vaccines prioritise delivery and donations to COVAX and AVAT. He also urges sharing know-how and non-exclusive licences to spread increased manufacturing capacity

Intellectual property rights (IPRs) underlie the world pandemic divide today. Undoubtedly, those who innovate should be rewarded for their achievement. But U.S. law does not prevent price gouging by IP owners. Worse, there are no strong incentives for commercial vaccine suppliers to eradicate the disease.

Unsurprisingly, Pfizer has already revised its business strategy for its main revenue stream to be from selling ‘boosters’ and other COVID-19 needs. WHO and other initiatives to encourage voluntary technology and knowledge sharing have gone nowhere as major companies refuse to share knowledge.

Nevertheless, genome sequencing in China in early January 2020 and the almost free use of crucial techniques to produce mRNA vaccines–such as NIH-owned patents and CRISPR technology–have expedited such vaccine development.

Earlier claims that developing countries are not capable of producing the new mRNA vaccines are no longer credible. South Africa and Brazil have already made them under licence. Independent assessments suggest many more–including others in Africa–can do so.

The October 2020 TRIPS waiver request by South Africa and India goes beyond the 2001 WTO approval of public health flexibilities. This allows production using patent compulsory licensing (CL) in extenuating situations during public health emergencies. But the waiver has been blocked, mainly by rich European governments.

The waiver was not mainly about vaccines. When the request was first made, the only vaccine available was Russian. The waiver request for temporary IPR suspension–only for the pandemic’s duration–is for COVID-19 tests, treatments, equipment, vaccines and other needs, subject to strict conditions.

In the face of a global crisis demanding urgent action, the European Commission position–even a year later–is that TRIPS voluntary licensing (VL) is enough. It insists the waiver–and even CL–are not needed even though both VL and CL require country by country, patent by patent negotiations and licensing.

As affordable COVID-19 supplies are still desperately needed, the scale and scope of the current challenge still need the waiver. But no developing country–or for that matter, patent holder–has either the means or time to negotiate to meet all the needed VLs urgently.

– the TRIPS waiver to surmount IP constraints to more production;

– adequately financing efforts to produce and distribute much more.

The TRIPS waiver would also eliminate all IP barriers to meeting other COVID-19 related needs. By contrast, CL would still require many separate, often lengthy negotiations and licensing for every patent involved in making needed items.

Massively increasing donations–especially from vaccine-hoarding and producing countries–can get many more doses to the under-vaccinated. Big rich G7 countries are still very far from meeting their own modest billion dose donation target.

COVAX, ostensibly for more equitable access to vaccines, has achieved about 10% of its promise, far less than the two billion doses pledged by year’s end. The proposed WHO moratorium on booster shots should continue until equitable vaccine access has been achieved.

Socio-economic inequalities among and within countries have also frustrated pandemic containment. Unsurprisingly, worldwide vaccine inequalities have exacerbated adverse effects. Sadly, the international community has the means, but not the political will to do the needed.

Half a year ago, President Biden announced the U.S. would support a vaccine patent waiver. His vaccine summit before the UN General Assembly was promising, but again did not deliver much. He can still make a world of difference, uniting the world to defeat the pandemic.

Without White House leadership, urgently needed technology sharing will not occur. As Moderna received federal government funding, the U.S. President is legally empowered to ramp up its output and supplies, e.g., on a cost-plus basis. He could also get Moderna to enable others to quickly make vaccines needed.

Washington can thus ensure Moderna does the needed. If Biden wants to lead the world, he still has a small window of opportunity to lead and win the war against COVID-19. Not doing so will mean millions more avoidable deaths. Only together can we rise to the greatest challenge of our times.