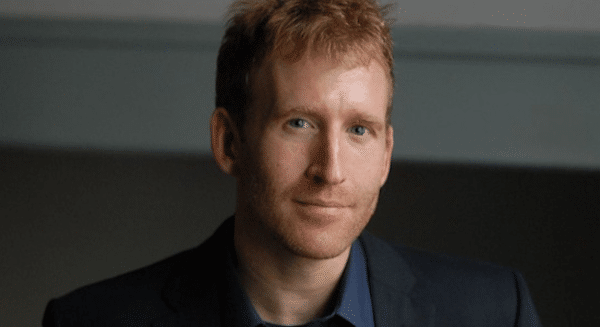 Janine Jackson interviewed Public Citizen’s Peter Maybarduk about the NIH/Moderna vaccine patent for the November 12, 2021, episode of CounterSpin. This is a lightly edited transcript 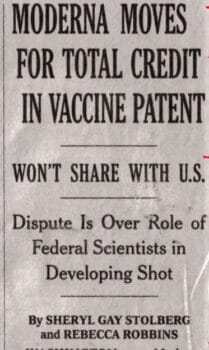 In this case, it’s the fact that a private company is seeking to deny the involvement of the NIH in inventing the main component of its COVID-19 vaccine, with, as the paper notes, “broad implications for the vaccine’s long-term distribution and billions of dollars in future profits.”

It’s nice that the vaccine’s lifesaving capacity comes first in the phrase, before the billions to be made. But is that the priority of the process at work here?

Joining us now by phone is Peter Maybarduk, director of Public Citizen’s Global Access to Medicines Program. Welcome back to CounterSpin, Peter Maybarduk.

Peter Maybarduk: It’s great to be back.

JJ: Very simply, what is Moderna claiming it did, and how does that comport with your understanding of the invention of this vaccine?

PM: Moderna says that it independently designed the sequence used in the NIH/Moderna vaccine, what we might think of as the vaccine itself. The National Institutes of Health says that it sent over a sequence which Moderna plugged into its process. So it is a technical dispute regarding, essentially, authorship of the vaccine.

Now, what’s not in dispute is that the National Institutes of Health and Moderna have been partners in this process for several years. And it’s important but often overlooked: The National Institutes of Health are the world’s leading funder of biomedical research, with about $40 billion taxpayer dollars invested every year in products that are eventually sold, largely under monopoly conditions, by the pharmaceutical industry.

In this case, federal scientists pioneered research into coronaviruses long before COVID-19. You recall that we had SARS and MERS, and were aware that there was a coronavirus threat, and it was the federal government that pushed much of that research ahead, and also played a role helping pioneer the various vaccine platforms, including MRNA, which has proved so effective.

So in this case, we have a dispute over who is the inventor of the core patent at the heart of the world’s most effective COVID-19 vaccine. And NIH and Moderna just don’t agree. And we are now starting to get rumblings out of NIH that perhaps they will take this to the next level, and seek a legal resolution. What we understand is that the company and the U.S. government have been fighting about this behind closed doors for a year now. 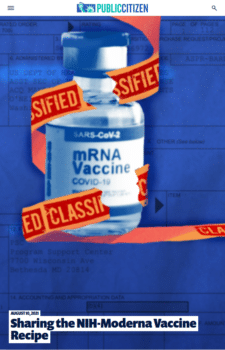 JJ: What is the meaningful impact? What would it, for instance, limit the U.S. government from doing if Moderna gets sole credit for invention here? And what would it allow Moderna to do?

PM: If the U.S. government is a co-inventor, it has more formal power, as well as more informal leverage, to insist on certain uses of the vaccine, to license the technology to more manufacturers worldwide, to help scale up production, for example. Or, and to your initial point, to insist on royalty payments to the government in exchange for Moderna’s use of some of this publicly funded technology.

The truth of the matter is that the NIH and the U.S. government actually have broader powers than just what are in this patent. And we believe and have said all along that the U.S. government, under its contract with Moderna, or under the Defense Production Act and the Bayh/Dole Act, and other powers under existing law, has the power to share key vaccine information, license other producers, perhaps simply share the entire NIH/ Moderna vaccine recipe with the World Health Organization, to see production scaled up and this key invention made available to all the world’s people, who so desperately need it.

But there’s no doubt that, in reputational terms, in terms of the story that is told, potentially in terms of dollars, the issue of who really invented the vaccine just has great salience and implications for what kinds of decisions the government makes about that power that we believe it has.

JJ: Back in April, you said:

One of the greatest public health private/profit tensions in this story is the value of “vaccine recipes” and vaccine technology. A company like Moderna isn’t thinking only about the value of its MRNA vaccine–which is actually [you noted] is actually an NIH, a publicly developed vaccine, in partnership with Moderna, paid for by taxpayers over many years already. But they’re thinking about the value of future products.

Which is just my way of saying, I don’t imagine that this twist in the story comes as a complete surprise to you. 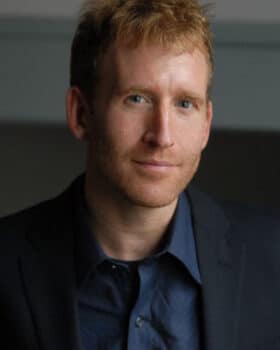 Peter Maybarduk: “From the beginning of the pandemic, unfortunately, the U.S. government’s position has been to be extremely deferential to corporate interests.”

You know, worldwide, more than 10 million people so far have died as a result of the pandemic. And a core issue there is that there have not been enough vaccines to go around. And NIH/Moderna is the people’s vaccine, or should be the people’s vaccine–publicly funded, publicly pioneered, public science leading the way, and even running the clinical trials. Taxpayers paid for 99% of this vaccine’s development.

But Moderna is trying to turn this people’s vaccine into a rich people’s vaccine. It has been available primarily to wealthy countries, very few doses going to COVAX or to the global relief effort, and the technology not being shared with the World Health Organization, or others that could build on it.

So that’s what’s at stake, and from the beginning of the pandemic, unfortunately, the U.S. government’s position has been to be extremely deferential to corporate interests, rather than noting the scale of the crisis, and noting the government’s own involvement, and saying, you know what? We are co-owners of this vaccine, and we shall make it available to the world, because the crisis calls for that.

Our position always has been that the U.S. government can compensate Moderna for its investment and its scientific engagements, but that we should not allow, that humanity cannot afford, for such an important medical tool to be held corporate confidential, and limited in its rollout at this time.

JJ: This is, I guess, another point on that question. I do believe that for most people, protection from a fatal disease is not seen as like having a fancy car, you know: if you can’t afford it, you just go without it. So it brings us back to an underlying question of private resourcing of public health.

And the news coverage on this latest twist has had a sort of subtheme of, this is so sad because the private/public partnership on vaccines was like the holy grail, and now it’s getting kind of messed up. The New York Times called it “one of the few bright spots of the pandemic.” And I get that. But I also hear, like, God forbid the state just do a thing on its own in the public interest, you know? Because that would mean government worked, and we can’t have that.

And so the problem is being defined, for those who think there’s a problem, as Moderna might get these billions, but if the U.S. got some of these billions, it would go to the Treasury. And the vision that calls up is drugs, lifesaving drugs are a pot of gold, and private companies and governments are fighting over it. And that whole vision seems kind of effed up to me, as a way to resource public health.

PM: Certainly more important is the government’s responsibility for stewarding the technology that it is helping develop, for one. But also, even if the government hadn’t developed this technology, simply recognizing the role of the world’s most powerful government in a time of global crisis–if it were war, we would treat the technology differently. We would not allow any company’s particular rights or investments to prevent us from developing the best defense technologies. So should it be in health. But we aren’t there yet, politically, and it’s a corner that we desperately need to turn, because so many people, of course, are dying in this case.

JJ: We’ve been speaking with Peter Maybarduk. He’s director of the Global Access to Medicines Program at Public Citizen. You can find them online at citizen.org. Peter Maybarduk, thank you so much for joining us this week on CounterSpin.