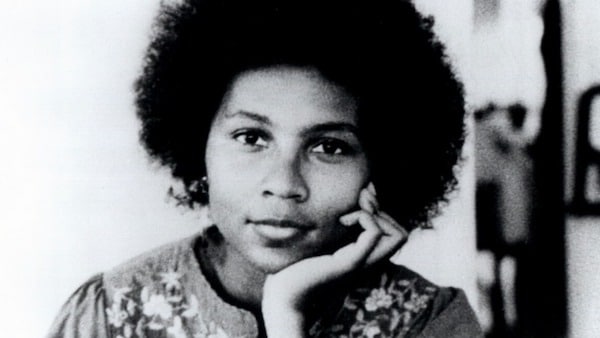 I choose to re-appropriate the term ‘feminism’, to focus on the fact that to be ‘feminist’ in any authentic sense of the term is to want for all people, female and male, liberation from sexist role patterns, domination, and oppression.

The world lost a trailblazing thinker and feminist this week. Professor and social activist Gloria Jean Watkins, better known by her pen name bell hooks, passed away at the age of 69. She leaves behind a legacy of work that challenged status quo thinking on gender roles, Black femininity, class, and capitalism.

Her family issued a statement that hooks died Wednesday in Berea, Ky. The iconic educator was born in Hopkinsville, Ky. to a working class African-American family. She was one of six children born to Rosa Bell and Veodis Watkins. Her father worked as a janitor while her mother was as a maid in the homes of white families. hooks would go onto complete her doctorate in English at the University of California, Santa Cruz, in 1987 with a dissertation on another prolific Black woman author, Toni Morrison.

Even before completing her doctorate, hooks was creating work that challenged oppression in the late 1970s. Her poetry collection, And There We Wept, was released in 1978, with her first published book, Ain’t I a Woman? Black Women and Feminism, debuting in 1981. The author took on the name bell hooks as a tribute to her maternal great-grandmother. She explained that the deliberate usage of lower-case was a symbolic choice to de-center the author and put more focus on the work. She was quoted as saying that the importance was to be placed on the “substance of books, not who I am.”

In 1992, Publishers Weekly correctly named Ain’t I a Woman? Black Women and Feminism one of the 20 most influential women’s books of the past two decades. In the book, hooks examines the effect of racism and sexism on Black women, the civil rights movement, and feminist movements from suffrage up to the 1970s. She argued that the combination of racism and sexism during slavery contributed to Black women having the lowest status and worst conditions of any group in American society. This approach of looking at intersectionality—the interconnected nature of social categorizations such as race, class, and gender as they apply to a given individual or group—would become a central focus in hooks’ extensive bibliography.

In 2014, she founded the bell hooks Institute at Berea College in Kentucky. hooks was an advocate for prioritizing communication and literacy (the ability to read, write, and think critically), as she felt without those skills within the feminist movement, people may not grow to recognize gender inequality in society. 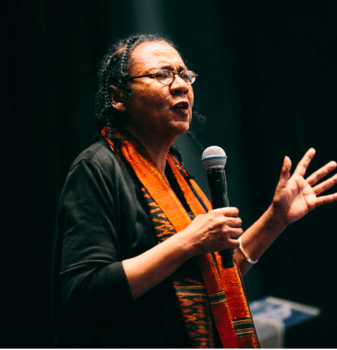 bell hooks died this week at the age of 69. (Photo: bell hooks Insitute)

The author and educator also made headlines for her refusal to stay silent in the face of injustice even when it ruffled feathers. In 2002, hooks gave a commencement speech at Southwestern University in Georgetown, Texas, in which she drew controversy for the topic she decided to speak on. In her speech, she criticized “every imperialist, white supremacist, capitalist, patriarchal nation on the planet” for teaching citizens “to care more for tomorrow than today.” She also addressed students in the audience who might have spent their college years “indulging in the basic violence of self-betrayal—going along to get along, going along with the crowd, [and] conforming.”

Instead of a speech indulging in over-hyped American exceptionalism often shoveled at graduates set to join a workforce where their labor will be exploited, (unless they are children of the wealthy), hooks decided to zero in on the many ills of society, such as government-sanctioned violence and oppression. She experienced backlash and criticism for her choice to do so, but it spoke to the spirt of a woman who knew that addressing injustice is not always easy or convenient, but always necessary.

Like her contemporaries, such as Angela Davis, Elaine Brown, and the late Audre Lorde, hooks spent much of her life and career shaping intersectional analysis while giving voice to the struggles of Black women. This was crucial work back when she started in the late 1970s, and it remains so today.

When hooks first began her journey in activism, it was during what is known as the Second Wave of the feminist movement. During that time, women were fighting for things such as abortion rights and access to contraceptives that increased women’s control over their bodies. While many strides have been made since then, we still find ourselves fighting for these rights today. That is because we live in a time when a woman’s right to choose is still under threat, as states like Texas aim to strategically do away with Roe v Wade. Thankfully, we have the work of hooks as a vital resource to recognize the oppressive sexism we still live under.

This can also be said for the struggle of Black women in particular. Great strides have been made, but more needs to be done to empower a group that is so crucial to the betterment of society as a whole. Black women still deal with being undervalued and criminalized under a system laced with sexism and racism. Great educators like hooks are part of a legacy charting a way forward.

There is much to be done, but we can take solace in the fact that we don’t fight these battles blindly. That is because someone like bell hooks existed, and leaves behind a body of work that society can look to and learn from. She didn’t just talk about the problems of the present, but also the hope of the future. The author said it best in her book Outlaw Culture: Resisting Representations, published in 2012: “The function of art is to do more than tell it like it is—it’s to imagine what is possible.”

We know what is possible for tomorrow, because of the work bell hooks, Gloria Jean Watkins, left behind for us today. May she rest in power.

Chauncey K. Robinson is an award winning journalist and film critic. Born and raised in Newark, New Jersey, she has a strong love for storytelling and history. She believes narrative greatly influences the way we see the world, which is why she’s all about dissecting and analyzing stories and culture to help inform and empower the people.