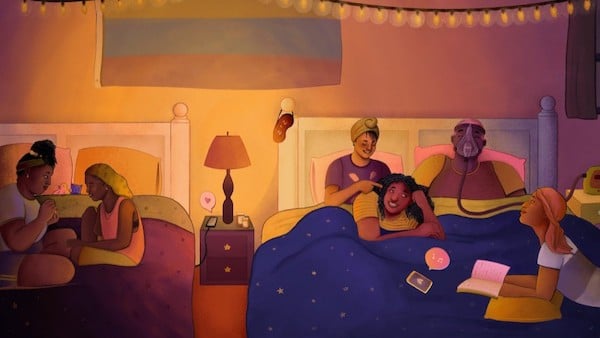 The COVID-19 pandemic shone a spotlight on the horrific conditions in long-term care facilities. The institutions are a perfect storm for outbreaks: poor ventilation, understaffing, insufficient personal protective equipment (PPE), a lack of regulation, and years of underfunding. As a result, in the first wave of the pandemic, 79 per cent of Canada’s COVID-19 deaths occurred within them.

Jonathan Marchand, a 44-year-old disabled man living in Quebec City, was confined to a long-term care facility for 10 years, because the province refused to provide adequate support for him to live in the community. As COVID tore through long-term care institutions, Marchand knew that institutionalization put him in danger. In August 2020, with a second wave of COVID-19 looming in the fall, Marchand camped outside of the National Assembly in a makeshift cage symbolizing life in a long-term care facility, demanding the Quebec government provide funding for independent living so he could be safe in his own home. After an estimated 1,000 hours of work and 100 meetings with different government officials, Marchand now rents his own apartment and receives funding to pay for in-home support services.

Marchand’s fight for independent living during the pandemic prompts the question: what if instead of locking down long-term care homes, we had advocated for the release of residents? What if instead of forced institutionalization, elderly and disabled people lived in the community and received at-home care from a support worker?

In response to the egregious living conditions and mass death in long-term care institutions, health-care workers, politicians, and unions are calling for the nationalization of long-term care as an alternative to the for-profit model many institutions currently employ. Supporters argue that nationalization would create federal standards for the institutions and make them an accessible, affordable, and accountable service that would provide quality, humane care.

Many of the conditions that made long-term care homes so vulnerable to COVID-19–overcrowding, poor ventilation, and lack of PPE–are also characteristic of prisons. Prisons are unsanitary institutions even in non-pandemic times, and advocates recognize freeing all prisoners is the only way to keep prisoners safe from the virus.

But instead of arguing for more funding or oversight of prisons, prison abolitionists demand the release of all prisoners to stop the spread of the virus in prisons. By April 2020, Nova Scotia released 41 per cent of provincial prisoners. Provincial prison populations dropped by 34 per cent in Newfoundland and Labrador and 29 per cent in Ontario. The mass release didn’t stop the spread. According to research by the Prison Pandemic Partnership, around 10,000 inmates and guards have contracted COVID-19 in Canada’s corrections system and numerous prisoners have died. Nevertheless, the mass release of prisoners early in the pandemic no doubt saved many lives.

Approximately one-quarter of Canadians aged 75 and up have at least one unmet need in regard to their daily living and, according to a survey released by Home Care Ontario, more than 90 per cent of seniors would prefer receiving at-home care instead of moving into a long-term care facility. Home care encompasses a wide range of services delivered to people in their homes rather than in a hospital or long-term care facility. It can fulfill a shorter-term need, like for recovery post-surgery, as well as long-term care, like for elderly and disabled people.

Home care is not only most people’s preference, but it’s also significantly cheaper than the current system. According to Home Care Ontario, home care is a third of the cost of long-term care and 5 per cent of the cost of a hospital bed. As Sarah Jama, co-founder and lead organizer of DJNO, said on Twitter, 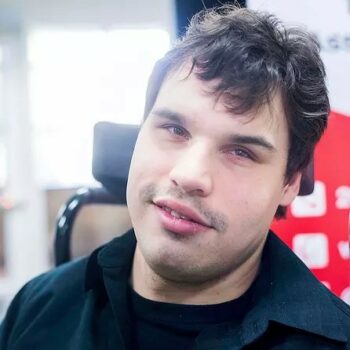 Disability justice activists have fought for care provision that respects the rights and freedoms of disabled people for decades, and in the last couple of years, they’ve made major headway toward an institution-free future. Fighting alongside Jonathan Marchand are Tyson Sylvester and Amelia Hampton, whose recent win comes after a five-year-long legal battle with the government of Manitoba and Winnipeg Regional Health Authority. Sylvester and Hampton, who both have cerebral palsy and use wheelchairs, launched the human rights complaint in 2016, arguing that Manitoba was discriminating against adults with physical disabilities by cutting off supports after they aged out of the youth program at 21. 25-year-old Sylvester has been living in a personal care home for three years because he can’t get funding for the services he needs to live independently.

But in July 2020, the province admitted that there were gaps in services for adults with disabilities and, as part of the settlement, promised to launch a pilot program to offer services to 30 adults with complex disabilities and study the gaps and barriers in Manitoba’s disability care. The pilot program will test a new model of service delivery–one that is person-centred with a focus on timely service coordination and navigation for adults with complex disability-related needs.

Vicky Levack was also forced to live in an institution as a young adult. When Levack was 21, the government of Nova Scotia told her that because of the “complex” needs of her cerebral palsy she had no choice but to live in a long-term care home. But in August 2020, after a decade of fighting the government, she won the right to live independently and receive at-home care from a support worker as part of a community housing pilot project.

“I thought I was going to die in [long-term care] and never have a life outside of these walls. And now I will,” Levack told Global News. 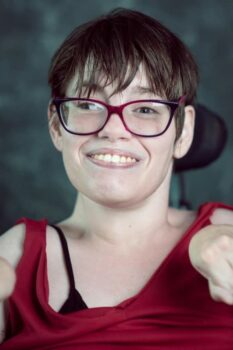 In the summer of 2020, the uprising for Black liberation forced a rare reckoning with the inhumane nature of policing and incarceration, and made creating and investing in alternatives an urgent priority. But these aren’t our only carceral systems. While the realities of prison and long-term care homes are vastly different, they both exist along a spectrum of institutionalization, segregation, confinement, and constraint. As penal abolitionist Angela Davis writes in her book Are Prisons Obsolete?, “the prison is considered an inevitable and permanent feature of our social lives”–much like long-term care facilities. But Marchand, Hampton, Sylvester, and Levack’s advocacy point us toward a very different future–one where elderly and disabled people are valued as key members of our communities and without which our communities cannot be whole.

Disabled communities are already building abolitionist futures–building ramps, learning how to share meals through feeding tubes, replacing oxygen tanks, administering medication, massaging aching joints, arranging care work, staying up until our kin[’]s suicidal thoughts have subsided. We can build communities where disabled people can exist and thrive, and these communities do not have prisons or personal care homes.

For two years, the government has allowed COVID-19 to ravage long-term care facilities and cause mass death and long-term debilitation among some of our most marginalized community members. As we approach the peak of the Omicron wave, we’re all eager for institutional change that prioritizes elderly and disabled people over the bottom line. But by nationalizing long-term care, we’ll maintain the same system of confinement and control of elderly and disabled people, only now it’ll be under public jurisdiction. As politicians, unions, and political parties double down on their assertions that nationalization will solve the problems in long-term care, consider whose interests keeping these institutions running really serves.

DJNO’s campaign to abolish long-term care provides us with an alternative to the segregation and forced institutionalization of elderly and disabled people into long-term care facilities.  By nationalizing home care, palliative care, and pharmacare, and making housing accessible and affordable, DJNO envisions a future of care provision where disabled people are granted agency over their day-to-day, dictate where they live and the care they receive, and are given the necessary support for independent living.

Megan Linton is a disabled writer, researcher, and PhD student.