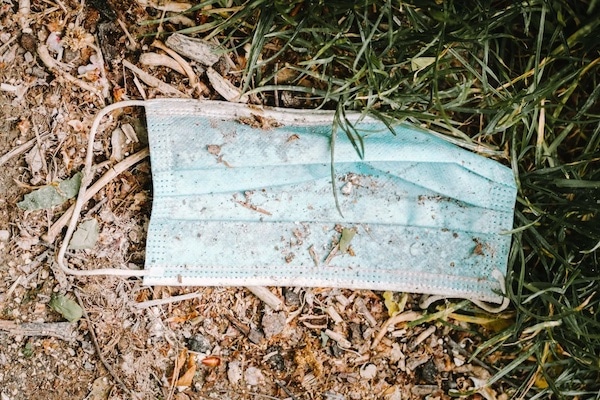 What’s needed to manage the pandemic sustainably is clear and doable — N95s and rapid tests for all, vaccines for the world, ventilation and filtration upgrades in shared indoor air, and supports for workers and people isolating. (Credit: Robin Ooode / Unsplash / Rabble)

As bands of well-funded anti-vaxxers and anti-maskers, opportunistic Nazis, pickup truck owners, and some disaffected long-haul truckers descend on Ottawa, ostensibly to protest the removal of exemptions from COVID vaccine mandates that truckers had previously enjoyed, the absence of any coherent and organized left response has been glaring, particularly from labour unions, which have done little more than release tardy, lukewarm statements.

It is appealing to dismiss the ‘Flu Trux Klan’ convoy as an assemblage of the fringes that needn’t be taken seriously. Even if the “convoy” peters out anticlimactically, far-right organizing networks have been broadened and cemented through a shared trial and sense of purpose. As activists, we are aware of the feeling of power that such a mobilization can provide for the people on the streets.

However marginal they may be, they’ve been top of the news for days, managed to shut down the capital, and had every politician in the country speak about what they’re doing, even if to denounce it. The “convoy” enjoys substantial support among Conservatives and Greens, according to one poll. More importantly, this mobilization provides one of the few outlets for many people to visibly express anger and frustration around legitimate grievances with government failures during the pandemic.

These failures have been real, beginning with paternalistic deceptions about the value of masks. While China adopted airborne precautions as early as January 20, 2020, authorities in Canada and other Western countries at first denied the usefulness of masks. Later, Anthony Fauci admitted this was not because they didn’t think masks worked, but because they were worried about supply. By the time they’d reversed course, the damage had been done.

What’s needed to manage the pandemic sustainably is clear and doable—N95s and rapid tests for all, vaccines for the world, ventilation and filtration upgrades in shared indoor air, and supports for workers and people isolating. Yet governments and businesses have taken a “penny wise, pound foolish” approach and invested in an implausible vaccine-only exit strategy, hoping that the short-term expense of needed structural fixes including permanent ventilation improvements could be avoided.

Rather than ensuring worker protections and adequate measures to suppress transmission of the virus, like supporting mass production and free distribution of N95s and rapid antigen tests to the whole population, public health agencies and governments have preferred to highlight factors that shifted blame to the individual, like hand-washing or social distancing. Lip service has been given to essential workers including healthcare workers, truckers, factory and warehouse workers, retail and food workers by governments, in place of protections or support such as adequate paid sick days.

The result has been overwhelming for hospitals already at very tight capacity after almost four decades of cuts to beds. Healthcare workers, especially nurses, are burnt out and leaving the profession in droves, which will impact access to health care beyond the pandemic.

In the media, critical narratives around school closures and other public health measures have been driven by the concerns of professional classes (including journalists themselves) suddenly having to take care of their own children while also working at home, rather than by the concerns of working-class people for whom minimizing contacts was never an option.

Recently, governments have been singing a premature hymn of ‘endemicity’ that leaves many people with disabilities or comorbidities to fend for themselves, even while daily deaths and cases have reached all-time highs. Two years into the pandemic, low-income countries around the world still don’t have proper access to adequate supplies of vaccines or support for their distribution, making further unwanted plot twists in the pandemic more likely.

Throughout the pandemic, emergency financial support has ensured banks continued to be paid, while wealth inequalities and the crisis of affordable housing have only accelerated.

These choices have unnecessarily forced us into repeated lockdowns, tested social solidarities and trust in public agencies, and worsened the economic costs. It didn’t have to be this way. Taiwan learned the lessons of SARS that Canada has forgotten, implementing airborne precautions at the beginning of the pandemic (as mainland China and Hong Kong also did). Taiwan continues to manage the pandemic following a basic playbook: rigorous quarantine for inbound travellers, airborne precautions in shared indoor air, rigorous test-trace-isolate, and social supports for healthcare workers and those sick and isolating, including meal delivery. The country of 24 million has remained open for business through most of the pandemic, with fewer than 20,000 cases total, and 900 deaths—compared to 3,055,826 cases and 33,873 deaths in Canada as of this writing.

Such obvious failures in Canadian governments’ management of the pandemic call for vigorous criticism and an organized response. We need a clear alternative pathway that increases solidarities, protects workers, addresses social gaps and leaves us better prepared for the next pandemic, or for the far greater crisis of climate change. By now we should have learned that we cannot leave a crisis like this in the hands of the state. During the AIDS epidemic, queer communities successfully rose up to pressure governments including public health experts to change their approach. This time, other than important service groups like care mongers that mobilized to provide assistance to low-income people, few groups are mobilizing to draw attention to these critical issues.

There’s no hint of militancy or sense of the former leadership role played in political discourse by left organizations, including the NDP. Other than the original push for higher income support with CERB at the beginning of the epidemic, there has been little or no leadership from the NDP. Where in opposition, the NDP has been slow, reactive, and cautious. In British Columbia (BC), where they are in government and where ERs and ICUs have been stretched beyond capacity for months, their strategy has focused on data suppression and public relations, and a push for ‘herd immunity’ and ‘living with the virus’. BC has some of the lowest testing rates in the country, and, according to excess mortality expert Tara Moriarty, likely the greatest discrepancy between reported COVID deaths and excess deaths from COVID of any province, with excess deaths (adjusted for overdoses, etc.) being perhaps four to six times higher than reported COVID deaths.

A handful of unions aggressively fought for better protections for their members, like the Fédération Interprofessionnelle de la santé du Québec (FIQ) representing health care workers in Québec, or teachers’ unions, including in BC. In other cases, however, unions have been strangely silent. Health care unions failed to mobilize to defend members targeted during hospital protests by anti-mask, anti-vax groups. Unions representing factory and food workers largely failed to mobilize for better respiratory protection, despite the expertise of the labour movement’s occupational health and safety sector in this area. Occupational Health Clinics for Ontario Workers (OHCOW), has provided tremendous leadership on this issue throughout the pandemic, yet few unions have followed their lead.

The Ontario Health Coalition and citizen groups like Protect our Province (BC and Alberta) have played crucial roles advocating for public health measures and accountability. The other issue where movement and advocacy groups are speaking out, but larger forces like unions and NDP are mostly silent, has been the approach taken to long-term care residents, and in general to people with disabilities, who are being treated as expendable in pursuit of a fantasy of ‘getting back to normal’. Open discussion about triage as a response to hospital overwhelm has been terrifying to people with disabilities.

This vacuum on the left–ranging from weakness to betrayal–is wind in the sails of those who wish to co-opt legitimate disaffection in service of a turn to authoritarian capitalism. It’s not a stretch to say there is no left to speak of on the current political landscape. If organized labour is to have any relevance in the era of COVID, it must mobilize to counter and even stop far right protests around the country, and make aggressive demands that speak to the basic needs of working class people, such as housing security. But if unions and social democratic organizations aren’t willing to meet this threat with the organized will and response it requires, then new organizations are urgently needed that have the energy and vision to do so.

Judy Rebick is the author of Transforming Power: From the Personal to the Political and was the founding publisher of rabble.ca. She also holds the CAW Sam Gindin Chair in Social Justice and Democracy.

Corvin Russell is an activist, writer and translator living in Toronto.