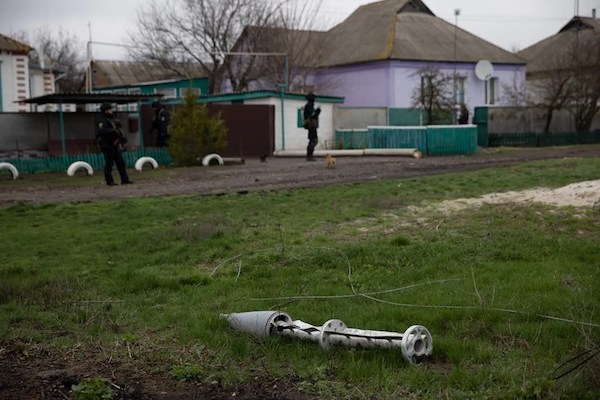 The New York Times has revealed that Ukrainian troops fired cluster munitions, banned by 110 countries around the world, on a Ukrainian village.

A report by The New York Times has revealed that Ukrainian troops fired cluster munitions, banned by 110 countries around the world, on a Ukrainian village.

The cluster bombs that the Ukrainian forces used against a village populated with civilians on their own territory are banned by countries around the world for their capacity to haphazardly kill innocent civilians, according to the Convention on Cluster Munitions. Almost 20% of these munitions fail to detonate on impact, and remain a threat to civilians long after hostilities end, killing and maiming them indiscriminately.

“It’s not surprising, but it’s definitely dismaying to hear that evidence has emerged indicating that Ukraine may have used cluster munitions in this current conflict,” said Mary Wareham, advocacy director of the arms division at Human Rights Watch.

Cluster munitions are unacceptable weapons that are killing and maiming civilians across Ukraine.

Ukrainian forces had also used cluster bombs in 2015 in battles against the breakaway republics of Lugansk and Donetsk to the country’s east. More recently, they fired such munitions on Donetsk on March 14, killing 20 people and wounding 37 others.

“We would need further information to see whether we can confirm that,” UN deputy spokesperson Farhan Haq said Monday when asked whether the UN had any evidence of Ukrainian forces using cluster munitions.

The head of the Defense Ministry’s National Defense Management Center, General Mikhail Mezentsev, touched on Ukraine’s actions in Donetsk, revealing the toll of the Ukrainian Tochka-U attack, a missile containing cluster munition. He described the bombing as a “war crime.”