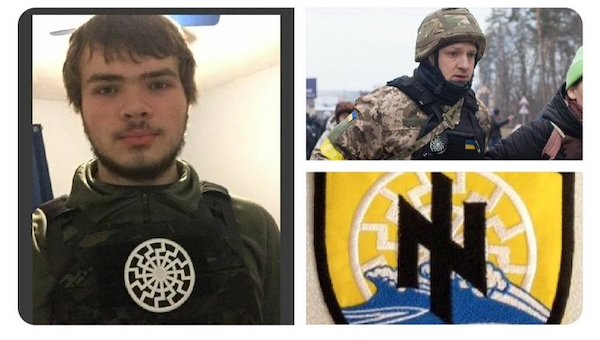 The latest mass shooter in Buffalo, New York was clearly a racist, and identified with Ukrainian and other neo-Nazis. But white supremacy has a stronger hold on European and U.S. society than is commonly acknowledged. The avowed racist is not the only problem.

The incidents of mindless, mass carnage in the United States have become so routine that they do not even make national headlines unless the incident has a potential attention-grabbing twist. One of those dramatic twists is when the victims of a mass-shooting are from a common social identity and the perpetrator appeals to be motivated by hatred of the targeted group. This is what makes the shooting in Buffalo stand out. The authorities could not hide the fact that it was a hate crime and the media saw a juicy story, if only for a day or two.

However, for those of us who are members of communities and peoples who are increasingly finding ourselves on the receiving end of state and private racially motivated violence, we have a life-or-death requirement to attempt to understand the complex political and socio-cultural elements that are producing this dangerous environment.. This understanding is not academic but represents a historical imperative for our communities and peoples in order for us to survive the end-days of global white supremacy.

It is important that we understand that the racist assault on the Black community in Buffalo did not occur in a socio-cultural or political vacuum. The premeditated murder of thirteen human beings, eleven of them Black, by a young white man wearing a sonnenrad or black sun, one of the symbols of white supremacy that the white supremacists wear in Ukraine, had a perverted logic perfectly consistent with the values of the U.S. settler-colonial project. And while the liberal, white supremacist settler corporate press tries to muddle-up the connection between the Buffalo shooter and Ukrainian white supremacists, we must make the connection, including the attempts to obscure the relationship by the media, and we must be clear on its political implications.

When Cristoforo Colombo, better known as Christopher Columbus, the original genocidal gangster, “discovered” a route for a sea bridge between the kingdom of Spain and what became the “Americas,” it ushered in a new historical epoch that would see levels of human degradation, violence, and depravity unlike any other era of the human experience on this planet. At the center of the cosmology of these strange people from Spain and later from other parts of what became Europe was an ideal of human difference, at first informed by religion but very soon intersected with a process of racialization that hierarchize  race with so-called whites and white civilization at the top. That racial hierarchy, rationalized by some of Europe’s greatest philosophers from Locke and Immanuel Kant to Hegel, called into question or even excluded the non-European “others” as full human beings.

As Cedric Robinson argued, European racial consciousness did not emerge as some devious invention by capitalists to divide the working class. Instead, it represented a historically pre-conditioned consciousness of an incipient racialization in Europe that then as a result of the colonial encounter crystalized into a fully developed sense of race and racial hierarchy.

When Bartolome de La Casa made his famous argument that the Indigenous peoples who were being systematically destroyed by slavery were in fact human beings with souls and should not be subjected to inhumane treatment, the switch to enslaved Africans was seamless. Because even though the Indigenous were then seen as a lower form of human, they were eligible to be converted since they had a soul which meant they were at least partially human, but that consideration was not extended to the soulless Africans.

The military conquest of the lands of the Americas and the enslavement of the Indigenous and then the importation of slave labor from Africa created enormous wealth for Europe. Samir Amin, Immanuel Wallerstein but particularly Walter Rodney in his masterpiece, How Europe Underdeveloped Africa, demonstrated how colonial subjugation and plunder created a vast material gulf between the conquered, enslaved, and colonized peoples and Europe that further reinforced the racialized idea of European and normalized white supremacy.

From the settlers who shot and killed their way across the lands that were incorporated into the colonial United States, to the brutality, rape and terror of plantation slavery to the lynching and burning of Black communities, the denial of the value of Black life and indeed all non-European life, has been an enduring feature of the Pan-European colonial and settler-colonial project. So, should Dylan Roof who murdered nine Black people in Charleston, North Carolina or the murders by Payton Gendron in Buffalo be seen as aberrant behavior?

That is not to say that all Europeans would condone the wanton violence of spraying bullets at non-Europeans out on a Saturday afternoon just trying to shop. Most would condemn those actions. But this is where the contradiction at the heart of European liberalism comes in.

Morally, what is the difference between the attack on Libya by NATO, an instrument of white supremacist state power that resulted in up to 50,000 African people dying and was largely supported by the public in the West, and the mass shootings of Roof and Payton Gendron?

The Buffalo shooter was clear about where his sentiments were when he prominently and self-consciously displayed the same symbol of white supremacy that the Azov regiments and other white supremacists’ organizations wear in Ukraine. Yet, Biden who traveled to Buffalo and most of the political class along with the neoliberal media have gone out of their way to erase and/or rehabilitate the existence of those elements in Ukrainian society and in the state that are avowed white supremacists like the shooter.

When the largely peaceful Euromaidan demonstrations in Ukraine against the democratically elected government of Victor Yanukovych made a violent turn in late 2013, it was widely acknowledged that it was the neo-fascists element, especially elements from Western Ukraine who assumed the frontlines against the government and turned toward violence. After the coup of February 2014 when four known ultra-right nationalists secured governmental ministries in the new government, along with literal neo-Nazis in the parliament and in the security forces, press reports responsibly covered those developments.

Reports also begin to circulate about Ukraine becoming a symbol and, indeed, the epicenter for a resurgent transnational white supremacist movement. Those concerns were reflected in reports from the U.S. Federal Bureau of Investigation (FBI) and were the object of discussions in the U.S. Congress.

Yet, that history and all of those concerns were minimized when the propaganda objective was to win the public over to supporting an escalating proxy war with Russia. The incredible irresponsibility of this propaganda tactic was reflected when merchandise from Azov appeared on Amazon and the reporting on Ultra-right and neo-Nazis in Ukraine was “disappeared” except to denounce any reference to fascists in Ukraine brought up by social forces opposed to the war as Kremlin talking points.

In fact, while knowing the history and reality of the ultra-right and neo-Nazi elements in Ukrainian society and state, the corporate media made heroes out of elements like the neo-fascist Azov battalion. Is it then hard to understand why an impressionable teen would be attracted to those courageous fighters, especially when he also shares their racial animus?

But instead of engaging in some principled reporting on the shooting in Buffalo, the neoliberal press decides to politicize the event to favor the political objectives of the democrat party by attempting to connect the shooter to Donald Trump and the entire MAGA movement that they are trying to criminalize. Even though the shooter himself made the connection with the movement in Ukraine. Of course, some are falling for it, including the liberal/left that had become cheerleaders for Ukraine, even as Ukrainian president Zelensky shuts down left parties, the press and gives a green light to repressing, including the murder, of any opposition to his policies.

Zelensky talks about the need to “defend the West,” “Europeanness,” “Western values,” and the liberal/left does not recognize the inherent assumptions of white supremacy in those terms. But Payton Gendron did and is why he enlisted in Zelensky’s fight not in Ukraine but in the middle of an African American community.

History will determine that. But what some of us see is a racialized discourse operating just below the surface in which Europe and Europeaness that Ukrainians strive for is also connected to a racialized trope of Europe being ontologically civilized while the less-white Slavs are barbarians, prone to irrational violence, like the Russians who decided “out of nowhere” to just attack Ukraine!

We also understand that downplaying the threat of a resurgent white supremacist fascism in its most sophisticated form represented by Zelensky who has become that slick, right-wing politician with politics as racist as Trump but without the crudeness who many feared could emerge in the U.S. No one could have anticipated that person would emerge in Europe as the lovable face of fascism.

Buffalo closes the loop that connects crude white supremacy with its more polished and dangerous expression. Both of these versions represent a consensus that is committed to using force and violence to ensure that white power will not to be “replaced.” This new consensus has created the ideological foundation for the legitimation of a cross-class white supremacist defense of something called European values and the interests of Europe. The lack of concern for the consequences of the war and sanctions on the rest of the world confirms that this consensus and the interests it defends are in contradiction to the interests of the non-Western global majority.

For us, Buffalo is not a wake-up call but a declaration of war.