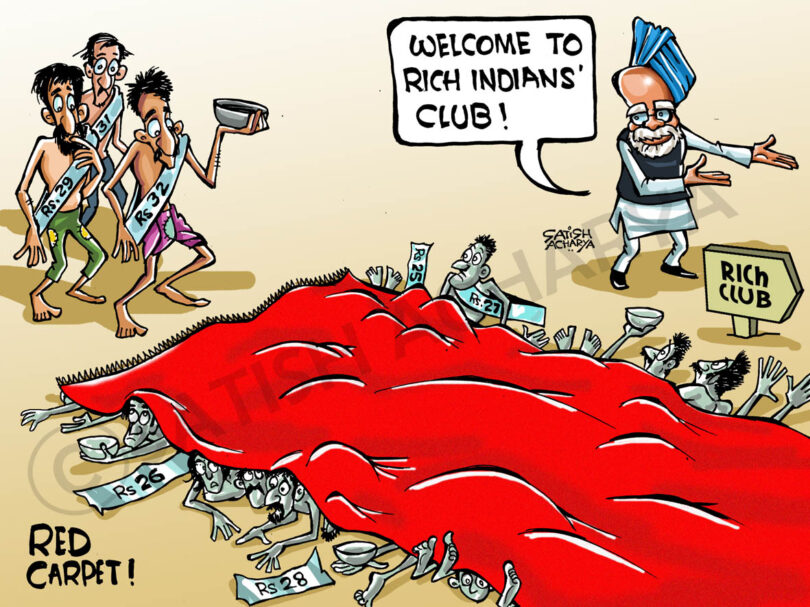 The chancellor of the exchequer of Britain, whose official residence is only next door to the British prime minister’s, is Rishi Sunak, a person of Indian origin. Britain’s home secretary is Priti Patel, also of Indian origin. The U.S. vice-president Kamala Harris, is of mixed Indian and Jamaican parentage. One can go on; and there are many striking instances of “success stories” in the international business world. These are not persons who are necessarily cut off from their countries of origin. Rishi Sunak’s wife for instance continues to be an Indian citizen; and Madeleine Albright, the U.S. secretary of state of Czech (not third world) origin, was at one time even mooted as a presidential candidate of the Czech Republic.

This is an unprecedented situation. True, political figures from minority groups in host countries have occupied important positions in their respective countries, Benjamin Disraeli being the most obvious example; but the emerging prominence of politicians and businessmen of third world origin in the metropolis is an altogether new phenomenon. This phenomenon plays the role not just of underscoring the “fairness” of the host country; such “fairness” also has the effect of persuading the middle class in third world countries that they would get a “fair deal” in the metropolis, and that, as a consequence, a new and “fair” world order is emerging where one’s country of origin does not matter for attaining success. One of the grouses of the middle class in the colonies in the old days was that they faced discrimination in their own countries under colonial rule, never being allowed to rise above a certain level in official rankings; this experience had brought home to them the need to overthrow the colonial yoke. By contrast the current experience of the third world middle class persuades it that such discrimination no longer exists; and hence the phenomenon of imperialism has ceased to be valid any longer.

But this feeds into another perception. If there is any hurdle to socio-economic advance under today’s capitalism, it arises not from one’s origins or skin colour, but from one’s adherence to “old-fashioned” Left-wing ideological beliefs that only “cause trouble”. To advance one’s career, it follows, one must shed these beliefs, which supposedly lack substance anyway, since systematic discrimination on the basis of race or ethnicity appears to have disappeared. This perception underlies the ideological conformism one observes among the middle classes everywhere that marks contemporary neoliberal capitalism, since ideological non-conformism, apart from lacking substance, also damages one’s career. This has several implications.

The first of course is a dampening of the zeal in the middle classes themselves to alter society, even in a non-revolutionary direction. In other words, the core of the ideological uniformity which characterizes the middle class is adherence to neoliberalism. There is not even any inclination towards “new liberalism” that people like John Maynard Keynes had advocated which had underscored the necessity of having State intervention for making the capitalist system more acceptable to the workers. Even that much of “social engineering” now appears unnecessary to the emerging middle class. Secondly, this ideological conformism tends to promote the emergence of an “international” middle class, where the country of origin of this class or its place of location makes little difference to the uniformity of the ideological position held by it.

Thirdly, and most importantly, it contributes to an unprecedented quiescence even among the oppressed classes. Marx and Engels had argued in the Communist Manifesto that elements of the bourgeoisie and petty bourgeoisie, who have had the privilege of education and who come to see the “historical process as a whole”, “de-class” themselves and play a pioneering role in organizing the workers and peasants. Following this train of thought, Lenin had emphasized that it is this section of “de-classed” intellectuals that brings socialist, as distinct from mere trade union, consciousness, to the working class. But the extent to which intellectuals de-class themselves depends not just on their intellectual convictions; it also depends upon their experience as intellectuals, the degree to which the “unfairness” of the system emerges as a palpable stumbling block even in their own personal careers. The removal of hurdles to personal advancement therefore has a constraining effect on the relative size of the group of de-classed intellectuals, and hence upon the degree to which revolutionary theory is brought to the working class. This is exactly what is happening today; the appearance of “fairness” in the system that apparently does not discriminate on the basis of skin-colour has the refracted effect of promoting acquiescence among the oppressed, which many have noted to be a hallmark of contemporary neoliberal capitalism.

This brings us to the nub of the problem. Neoliberalism invariably brings misery to peasants and petty producers in the third world, worsening their absolute living standards. It also brings absolute immiserisation to the workers:  the swelling of labour reserves owing to the assault on petty production hurts both those in the active army and also those in the reserve army of labour; the globalisation of capital reduces the bargaining strength of the workers of any particular country; and the privatisation of public sector enterprises has a similar effect. The working people as a whole are thus made absolutely worse off under neoliberalism; but the middle class that becomes “international”, both because of its ability to migrate abroad without fearing discrimination and also because of the relocation of activities from the metropolis that provides it with employment opportunities at home, improves its economic position compared to earlier. A hiatus develops therefore within the third world, with not just the big bourgeoisie but even the middle class flourishing, and the working people suffering on account of neoliberalism; and this very fact contributes to a quiescence among the oppressed.

Three caveats are in order here. I have used the term “middle class” as a catch-all category here, which is obviously unwarranted. Vast swathes of persons among those who would be generally understood as belonging to the “middle class” also suffer under neoliberalism. The point however is that substantial numbers of the middle class, especially those belonging to its upper echelons, benefit significantly under the neoliberal dispensation. And even though they constitute only a segment of a much wider middle class, I have for convenience used the term “middle class” only for them. Secondly, even within this upper echelon, the tendency towards ideological homogeneisation noted above is only a tendency; it does not affect everyone belonging to it. There are large numbers who continued to remain committed to the idea of progressive social change, it is just that their relative weight goes down compared to before. And, third, even among the rest the tendency towards an inculcation of ideological homogeneity, is not necessarily a permanent phenomenon. With the crisis of neoliberalism deepening, even this segment is likely to change its outlook: the deepening crisis, to use Marx’s language, would “drum dialectics” into its head; but as of now its enthusiasm for neoliberalism does not appear to have waned.

One area in particular where the hiatus between this “middle class” and the working people has manifested itself is in the attitude of the media in third world countries. To be sure, the media, owned and controlled by the big bourgeoisie, reflect substantially the attitude of their owners which is pro-neoliberal and anti-working people; but this is supplemented also by the pro-neoliberal attitude of this middle class which provides the personnel for running the media, and which becomes unsympathetic to any resistance by the working people (usually not even mentioning such resistance when it occurs). What is more, the media even turn a blind eye, to put it mildly, to the persecution of ethnic or religious minorities. They do not fight “majority supremacism” and hatred against the minority, when such “hatred” becomes an ally of crisis-hit neoliberalism.

In India this alliance between “majority supremacism” and the neoliberal order takes the form of a corporate-Hindutva alliance, and banks on the spread of hatred against the Muslim minority. The aim is to prevent the big bourgeoisie from becoming the target of attack by the working people, by dividing the latter along “communal” lines and ensuring that the entire social discourse is insulated from bread-and-butter issues of material existence. The fact that at a time when the rupee has sunk to an unprecedented low, when inflation in wholesale prices has exceeded 15 per cent, when consumer price inflation is close to 8 per cent, and when unemployment is at levels never seen since independence, the media are full of reports about a shivling being found within the precincts of the Gyanvapi mosque in Varanasi, indicates the communal-fascist poison being injected into the public discourse in the country. Conducive to this injection, there can be little doubt, is the silence, or even the silent complicity, of this segment of the middle class.

The fight against the corporate-Hindutva alliance which uses this communal-fascist poison, requires going beyond the neoliberal agenda and placing before the working people an alternative agenda that would enthuse them, by those elements of the middle class that remain “de-classed”.