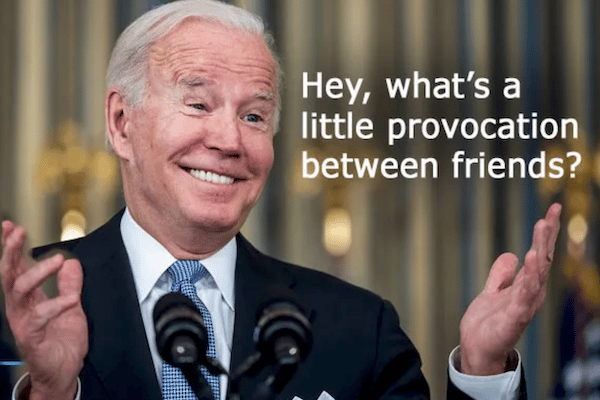 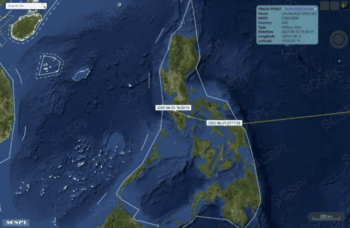 On June 25, the U.S. Navy sent a warship, the USS Benfold, to the South China Sea, only one day after a U.S. spy plane provocatively flew over the Taiwan Strait under the close monitoring of the Chinese People’s Liberation Army (PLA).

From China’s point of view, the U.S. spy plane mission on June 24 was especially provocative because it was the first U.S. military activity in the region after China made it clear that there are no “international waters” in the Taiwan Strait.

Under the United Nations Convention on the Law of the Sea, China claims jurisdiction over the Taiwan Strait. 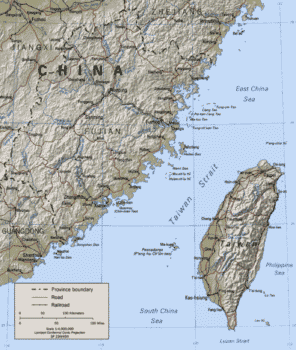 Shi slammed the Biden administration’s move as being “intentional,” whose purpose was “to disrupt the regional situation and endanger the cross-Straits peace and stability. We firmly oppose this,” she said.

Turning Taiwan into a Porcupine

Ever since the Obama administration launched a “pivot to Asia,” the U.S. has expanded its military forces and provocative military maneuvers in an effort to encircle and intimidate China. The Biden administration, following Trump, has extended this policy, with National Security Adviser Jake Sullivan stockpiling the National Security Council (NSC) with China hawks.1

U.S. strategic planners consider Taiwan—which broke away from China in 1949 after the defeated Guomindang in China’s civil war took refuge there with U.S. backing—essential in blockading China and a key source for the manufacture of advanced computing chips essential to the U.S. military and industry.2 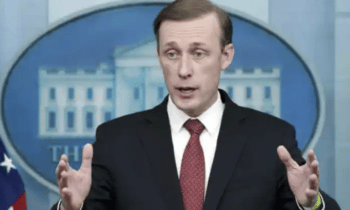 When Biden made a commitment to backing Taiwan militarily, he effectively overturned the “One China Policy”— established when the U.S. resumed diplomatic relations with China in 1979—recognizing Beijing to be the legitimate government of all China, including Taiwan.3

Since 2019, the U.S. has sold more than $14 billion in weaponry to Taiwan and sent military advisers to train its Special Forces. A U.S. government official described the U.S. strategy as being designed to turn Taiwan into a “porcupine”— a territory bristling with armaments and other forms of U.S.-led support that makes it “appear too painful to attack.”

Rejecting China’s Claim of Sovereignty over the Taiwan Strait 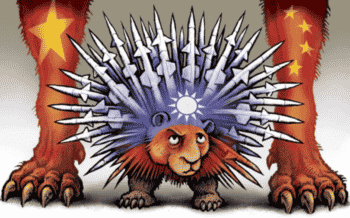 In line with this latter strategy, the Biden administration rejects China’s claims to sovereignty over the Taiwan Strait. The U.S. Indo-Pacific Command said that the spy plane’s transit demonstrates the United States’s “commitment to a free and open Indo-Pacific.”

According to Price, China’s assertion that “there are no international waters” in the Taiwan Strait is not legitimate but is intended to “deter the U.S. from sailing through the Strait,” something that Beijing says “harms stability and send[s] the wrong signal to ‘Taiwan independence forces.’” 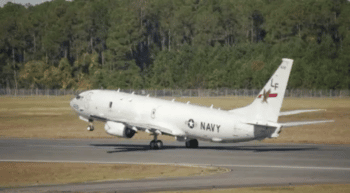 Under the UN Convention on the Law of the Sea, which China has ratified but the U.S. has not, nations are entitled to territorial waters stretching 12 nautical miles (22km) from their coast.

They may also claim an exclusive economic zone (EEZ) stretching another 200 nautical miles—beyond that are the high seas.

At its widest, the Taiwan Strait spans about 220 nautical miles; however, at its narrowest, it is 70 nautical miles—meaning recent U.S. actions are illegal.

If one accepts that Taiwan is part of China, as the U.S. nominally still does under the One China policy, then the entirety of the strait generally falls under Chinese jurisdiction—as China alleges. 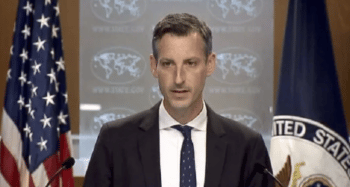 According to the Global Times, the USS Benfold—a guided missile destroyer built by Ingalls Shipbuilding—is a habitual aggressor in the South China Sea and the Taiwan Strait.

In January 2022, the destroyer illegally entered the Chinese territorial waters off the Xisha Islands in the South China Sea without authorization from the Chinese government, leading the PLA Southern Theater Command to organize naval and air forces to warn it away.

The U.S. is a non-signatory to the UN Convention on the Law of the Sea. It does whatever it wants as such. [Source: hir.harvard.edu]

They accused China of violating international law by establishing baselines around dispersed islands like the Paracels in the South China Sea, which allows China to “claim more internal waters, territorial sea, exclusive economic zone, and continental shelf than it is entitled to under international law.”

The South China Sea Is Not the Gulf of Mexico 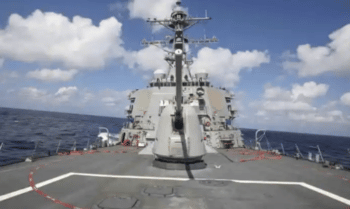 We should remember that the name of the Sea where the U.S. is sending its naval vessels and spy planes is the South China Sea—and not the Gulf of Mexico.

If China were sending its warships on provocative missions off the coast of Mexico or Canada, U.S. leaders would respond with hysterics and probably immediately begin bombing.

Mark Selden, the editor of The Asia-Pacific Journal and academic expert on China, raised concern in an interview about “the rising specter of nuclear war,” particularly “in the wake of the Russian invasion of Ukraine” and “at a time when [the] U.S. calculus has shifted from welcoming growing Chinese economic and geopolitical strength, notably in the Nixon era, to across-the-board pressures on China.” 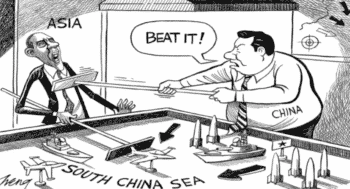 According to Selden, the shifting U.S. calculus “includes mounting U.S. military support for Taiwan and stepping back from its position of calculated ambiguity on the future of the island in favor of direct and indirect challenges of China’s claims. The result is the largest increase in U.S. military spending since World War II in the form of $70 billion in aid…at a time when U.S.-China conflict again centers on Taiwan.”

The Committee for a SANE U.S.-China Policy, an activist group that aims to prevent war, has compiled a tally of provocative military maneuvers and close encounters between the U.S. and China since January 2021 in the South China Sea and Taiwan Strait. 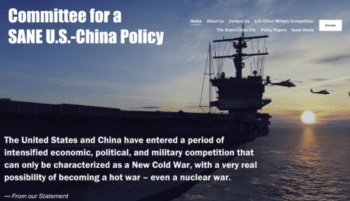 According to their findings, the U.S. in that time initiated 45 incidents, and the Chinese 53.

Joseph Gerson and Michael T. Klare, the founders of the committee, write that “almost every day, China and/or the United States deploy their ships and warplanes in a menacing (“muscle-flexing”) fashion to demonstrate resolve and to throw the other side off balance….While officials on both sides claim that their forces are merely conducting military drills that pose no threat to their rival, these mock combat operations in the vicinity of opposing forces send an unmistakable signal of hostile intent. It is not unusual, moreover, for ships and planes of one side to monitor the operations of the other, and even, on occasion, to interfere with them. When this occurs, there is always the risk of a collision or unintended shooting incident, leading to further military action and full-scale conflict.”

In short, the specter of war between the U.S. and China has never been greater. It is up to us, consequently, to try to avert conflict and restore legality and sanity to U.S. foreign policy through concerted political activism.