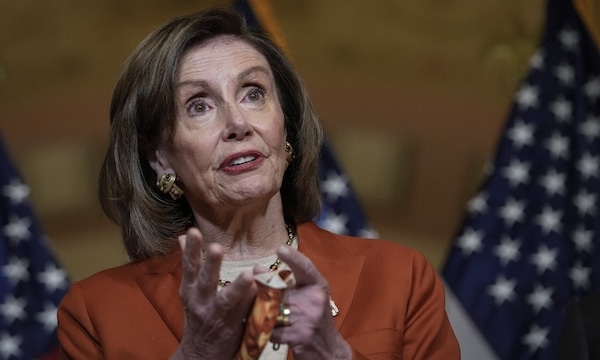 Once again, media has reported that U.S. House Speaker Nancy Pelosi plans to visit Taiwan in August after an aborted April visit to Asia that might include a trip to China’s island due to testing positive for COVID-19, with analysts saying that if she intends to make a blatant provocation against China, she would spark a much more dangerous incident than the Taiwan Straits Crisis in 1996, and it would cause a huge setback for China-U.S. ties.

According to the Financial Times on Tuesday, “six people familiar with the situation said Pelosi would take a delegation to Taiwan in August.” Just as in April, Pelosi did not make an official response to the media report as of press time, while the external affairs authority of Taiwan island said on Tuesday that they have not received relevant information about this.

But the Chinese Foreign Ministry made a serious response to warn the U.S.. Zhao Lijian, Chinese Foreign Ministry spokesperson, said at a routine press conference on Tuesday that China firmly opposes official exchanges between the U.S. and Taiwan authorities in any form. “As an integral part of the U.S. government, the U.S. Congress should strictly abide by the one-China policy pursued by the U.S.. If House Speaker Pelosi visits Taiwan, it will be a serious violation of the one-China principle and the provisions of the three China-U.S. joint communiqués,” Zhao said.

“China urged the U.S. to not arrange the visit and stop official exchanges, stop creating tensions across the Taiwan Straits, and take concrete actions to fulfill the U.S. commitment of ‘not supporting Taiwan secessionism.’ If the U.S. insists on going its own way, China will take firm and forceful measures to firmly safeguard national sovereignty and territorial integrity. The U.S. must bear all the consequence of the visit,” Zhao said.

Zhu Fenglian, spokesperson for the Taiwan Affairs Office of the State Council, also said on Tuesday that the Democratic Progressive Party’s (DPP) authorities’ attempt to collude with foreign forces to seek secession, no matter in what form, will only end in failure.

The 82-year-old politician, who is third in the line of succession in the U.S. leadership, would be the most senior U.S. lawmaker to visit the island since one of her predecessors as Speaker, Republican Newt Gingrich, traveled to the island in 1997. But Chinese analysts stressed that Gingrich’s case is very different from Pelosi’s, because Republican Gingrich was in opposition during a Democratic administration and then president Bill Clinton’s administration had showed sincerity and made efforts to fix ties with China in 1997. Today, Pelosi and President Joe Biden are both Democrats, and the China-U.S. relations are very intense.

Chinese experts said if the visit goes ahead, that would be “strategic level provocation,” so the response would definitely be “not only military but also strategic,” and the consequences would be hard for the U.S., which is in serious economic pressure, to bear. China needs to make its determination clear and show its strengths, and let the U.S. side decide to avoid crisis and ensure a relatively stable situation, or make the turbulent world more chaotic. 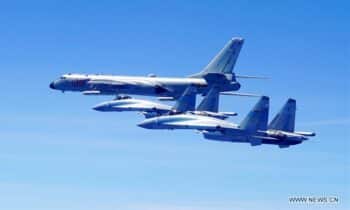 Pelosi postponed her trip to Asia on April 7 with the excuse of a COVID-19 infection, and on the same day, the Taiwan’s “defense authority” said four PLA aircraft entered the island’s self-proclaimed southwest air-defense identification zone, with a Y-9 electronic warfare aircraft flying to the east of the island.

Wang pointed out that the current international situation is increasingly turbulent. On the Ukraine issue, the U.S. stressed that the sovereignty and territorial integrity of a country should be respected, but on the Taiwan question, it openly tramples on the red line of the one-China principle, according to the website of China’s Ministry of Foreign Affairs.

“This is a blatant double standard. If the U.S. House Speaker, a political leader of the United States, deliberately visits Taiwan, it would be a malicious provocation against China’s sovereignty and gross interference in China’s internal affairs, and would send an extremely dangerous political signal to the outside world. If the U.S. side insists on having its own way, China will surely make a firm response and all the consequences will be borne by the U.S. side,” Wang said.

On April 8, the Chinese embassy in the U.S. urged Washington to cancel Pelosi’s trip to Taiwan. A series of diplomatic and military moves meant the crisis was avoided in April, and if the danger reemerges in August, it means Pelosi and the U.S. decision-makers did not learn that lesson and want to test China’s bottom line again, said Lü Xiang, an expert on U.S. studies and research fellow at the Chinese Academy of Social Sciences.

“If the visit eventually happens, it would not be a miscalculation but an intentional provocation by the U.S. side,” Lü said, adding that maybe it is not the right time to make too much analysis as Pelosi made no clear response to the media report so far and this means that the U.S. senior leader could cancel or postpone her trip again with other excuses after realizing the danger of her plan.

The resurgence of Pelosi’s planned Taiwan tour came after U.S. government approved a proposed $108 million arms sale of technical and equipment support to the Taiwan authorities, the fifth of its kind under the Biden administration. The reports come amid former U.S. defense secretary under the Trump administration Mark Esper’s Taiwan tour.

Song Zhongping, a military expert and TV commentator, told the Global Times that Pelosi’s plan is serving the Democrats’ agenda to add more leverage for the midterm elections, and she might believe that China wants a stable external environment ahead of the 20th National Congress of the Communist Party of China, so she dares to make a bet that China’s response will not be too serious. 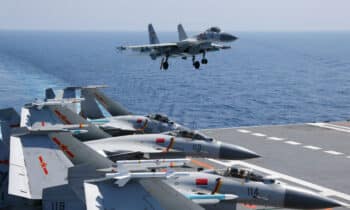 A ship-borne J-15 fighter jet prepares to land at the flight deck of the aircraft carrier Liaoning (Hull 16). (Photo:China Military)

But it would be dangerous if Pelosi underestimates China’s determination, analysts said. Earlier this month, Wang told U.S. State Secretary Antony Blinken at a meeting on the sidelines of the G20 Foreign Ministers’ Meeting in Indonesia that “the three Sino-U.S. joint communiqués are the most reliable guardrails for the two countries.”

In other words, China is telling the U.S. that as long as the U.S. keeps away from provoking China on the Taiwan question, bilateral ties will not “fall off a cliff,” but if the U.S. side wants to tell China that it disagrees with what China said about the “guardrails” and intends to have a try using extreme provocation, then “we will see the China-U.S. relations fall off a cliff, for sure,” Lü said.

The military response is definite and Pelosi, before she ends her term, might bear the “stain” of sparking a crisis which could be more dangerous than the 1996 Taiwan Straits Crisis, Lü noted.

In June, Chinese State Councilor and Defense Minister General Wei Fenghe said in a speech delivered at the Shangri-La Dialogue in Singapore that if anyone dares to split Taiwan out of China, China will not hesitate to fight. “We will fight at all costs. We will fight to the very end. This is the only choice for China,” Wei said.

Hu Xijin, a commentator for the Global Times, suggested the People’s Liberation Army (PLA) should send military aircraft to accompany Pelosi’s plane to enter the island of Taiwan and fly over the airport where Pelosi lands, and fly back to the mainland from the island, and this will make a low possibility of military conflict, and once the PLA fighter jets fly across the Taiwan island, “this would make a precedent with a much greater milestone meaning than Pelosi’s visit.”

China will sooner or later send military aircraft to fly across the island to really show China’s sovereignty, which is much more meaningful than any foreign politicians and officials’ visits to Taiwan, Hu said, noting that China could use Pelosi’s visit to realize such a step peacefully.

“When sending PLA aircraft to fly across the island, we [China] must be fully prepared for an all-out military confrontation,” and “we have no intention to make the war to be fought now, but with no doubt, we are the one that fear the least if the war explodes now,” Hu said. “If the Taiwan military dares to open fire against PLA aircraft, then Taiwan military aircraft would be shot down and Taiwan military bases will be destroyed. So if the U.S. and Taiwan authorities want all-out war, then the time for Taiwan liberation will come,” he said.

Apart from military actions in the region of the Taiwan Straits, China still has other options, Song said. “The U.S., on one hand, asks for China’s cooperation on issues related to Iran, North Korea and Russia, but on the other hand, keeps provoking China on core interests, so then China could have deeper cooperation with Russia, Iran and North Korea, and also strengthen cooperation with Latin American countries, including security cooperation, to reciprocate the U.S.’ challenge against China’s core interests,” Song said.

The things that the U.S. does not want to see, are exactly what China could do, and these are also important tools for China to counter the U.S. provocations, he noted.