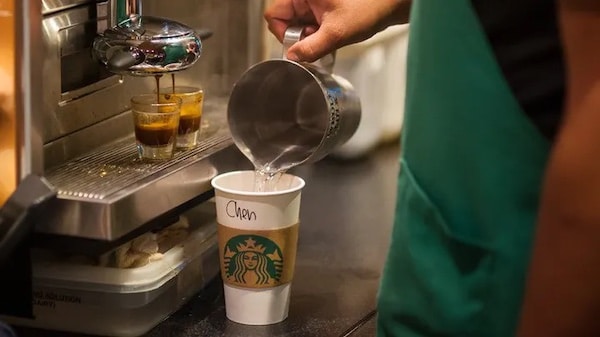 Do you ever feel undervalued at work—like you contribute much more than your pay packet suggests? Karl Marx gets you. In the mid-nineteenth century, he argued that the whole working class is exploited by the capitalist class. This isn’t just a hyperbolic flourish, but an economic fact. The entire point of capitalist enterprise is to accumulate more wealth by systematically stealing a portion of the value workers create. This process is called exploitation.

Mainstream economists claim that workers are paid what we’re worth. Our wages represent our “value added” to production. They occasionally admit that, in distant lands, unscrupulous bosses might exploit workers. But the overall picture is one of freedom and fairness. The free market, they assure us, will take care of any greedy boss who tries to underpay his workers—who can quit and look elsewhere for a better job. Without workers, the penny-pinching boss will go out of business. But if workers work hard and the boss treats them well, the enterprise will prosper, the bosses will make more money and the workers will get their fair share.

This rosy picture doesn’t match the reality of work. In the United States, that pillar of the free market and the richest country in the world, real wages for tens of millions of workers are extremely low. Huge numbers work several jobs to make ends meet.

In fact, wages can rarely be “fair” anywhere in the capitalist world, because bosses simply cannot pay anything close to the value created by labour without going out of business. Here’s why.

What the bosses are really purchasing when they hire workers is our labour power, our ability to labour. This is the only way to combine machinery and raw materials into a new product worth more than the sum of its inputs. In the production of these commodities (which just means things produced for sale), workers create new value. Some of that value they are paid back in wages. Marx called this “variable capital” (because it varies, increases, the amount of value). But part of the new value created goes to the boss. This Marx called “surplus value”. Company profits are derived from this surplus value created by workers but not returned to them as wages.

Say a barista gets paid $26 an hour, during which she makes 30 coffees, each selling for $4.20. Say also that $1.60 of the sale price covers the costs of everything other than the barista’s wages: the beans, the cup, the lid, the milk, the wear and tear on the coffee machine (what economists call “depreciation”), the power and water, and part of the weekly rent. The revenue gained every hour, after deducting the cost of the inputs, is $78. Subtracting $26 for the barista’s wage, we get $52 in profit. The rate of exploitation is the profit over the wage, which in this case is 200 percent—that is, for every $1 the barista is paid, she also makes $2 for the boss.

What does this number mean for the barista? It means that after she has made the tenth cup of coffee, she has already earned her hourly wage. She makes the next 20 cups for free, with all the proceeds going to the cafe owner. If we look at her entire nine-hour day, she works the first three hours to pay for her own wages, and the last six are spent producing wealth entirely for her boss. The cafe owner would have to pay her an attractive $78 an hour to match the value created by her labour.

That’s how exploitation works. No boss, from the smallest cafe owner to the biggest mining magnate, would bother hiring anyone if they couldn’t use this discrepancy to turn a profit. It’s impossible to choose to do otherwise, because the market forces all bosses to compete against one another for profits. Any boss who doesn’t exploit their workers will go bust. Workers can leave a job in which they’re being exploited—but the only alternative is to work for another exploiting boss.

Our barista example aside, it is hard to measure exploitation. Bosses and mainstream economists don’t acknowledge it, let alone calculate it. However, using some simplifying assumptions and available data, Marxists have approximated figures and demonstrated the basic reality of exploitation.

For Australia, Marxist economist Tom Bramble used data from the Australian Bureau of Statistics to calculate the rate of exploitation last year in the following industries: construction (85 percent—so for every dollar they pay in wages, the bosses in that industry take 85 cents on top), retail (71 percent), energy (273) percent and mining (661 percent). Despite the relatively high wages that mining workers earn, the industry is one of Australia’s most exploitative, producing more than six times the value of workers’ wages as profits. No wonder Gina Rinehart is the richest person in the country.

If wages aren’t a reflection of the full value created by workers, what do they represent? Essentially, they are the minimum cost of reproducing the worker: the cost of feeding, housing, educating and clothing us. In practice, all sorts of social and economic factors go into determining the price of labour. For example, the actual cost of food, houses, clothes, education and training differs based on a worker’s location or industry. Then there is the supply and demand of labour power. For example, bosses can take advantage of the desperation caused by high unemployment to lower wages.

Trade union militancy also has an effect on the rate of exploitation. Strikes have typically been the most effective mechanism for workers to win higher wages. Workers’ struggles have sometimes forced governments to pass laws that limit exploitation, such as limiting the length of a working day. But no amount of jostling over wages can ever eliminate exploitation from the capitalist economy.

Reformers often try to remedy certain forms of “hyper-exploitation” while resisting any criticism of the capitalist system itself. In Marx’s day, for example, liberals demanded a “fair day’s wage for a fair day’s work”, which he called a “conservative motto” because it told workers that the relationship between workers and bosses could indeed be fair. Trade union officials and social democrats have adopted the same slogan to the same effect, allowing them to agitate for reforms but only within the limits of the capitalist system. By accepting the bounds of the system, they accept workers being systematically robbed of the surplus value they create. In practice, that means limiting workers’ demands to what is considered “acceptable” to the capitalist class—an alteration in the rate of exploitation, rather than the abolition of exploitation entirely.

Revolutionary socialists look at it differently. We support every demand for higher wages by workers to maintain and improve their living standards and to encourage their fighting spirit. But higher wages are insufficient on their own. The struggle for them under capitalism is like the labour of Sisyphus in Greek mythology, condemned for all eternity to roll his boulder up a hill only to have it roll back down again.

Instead of a “fair wage”, Marx argued that workers “ought to inscribe on their banner the revolutionary watchword—abolition of the wages system!”