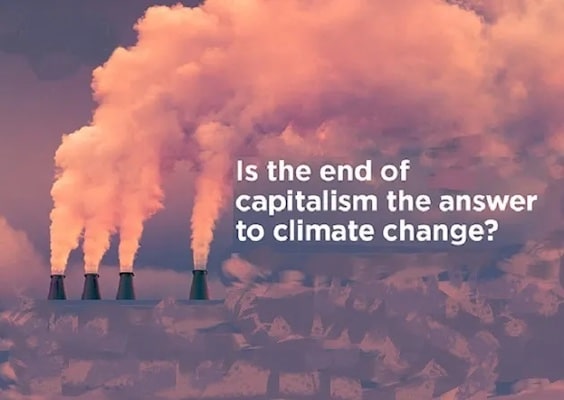 In response to our article posted on another Facebook environmental site commenting on how China leads the world in green energy, a US reader from New York in the USA commented:

It may, but China is still the biggest CO2 emitter by far.

This sort of snide response needs to be called out for what its is–Western supremacist bigotry.

China Environment Net responded to the author as follows:

So you are saying there are too many Chinese, as that is the ONLY reason for such a “loaded” comment? Given that each Chinese citizen produces ONLY ONE THIRD of the CO2 produced by each US American, Canadian and Australian separately, and the EU countries are not too far behind, the logical thing to do is immediately cut rich Western countries CO2 output first (and probably the West’s standard of living), and in the next year or two! Any other approach is inequitable, irrational and, well simply racist.

[This is especially so] Given that 70% of the CO2 currently in the atmosphere and oceans was sourced from the West. Privileged Western “environmentalists” seem to want the global south/developing world to remain poor while the 15% of the global population in the West continue their extravagant life style uninterrupted???

The party is over, especially for the USA. Time to come to grips with facts-the attached from The Lancet is helpful to see past the anti-China hate rants spewing out of Washington.

The Lancet article explains a method for quantifying national responsibility for damages related to climate change by looking at national contributions to cumulative CO2 emissions in excess of the planetary boundary of 350 ppm atmospheric CO2 concentration.

This approach is based in the principle of equal per capita access to atmospheric commons and calculates national fair shares of a safe global carbon budget consistent with the planetary boundary of 350 ppm (as per IPCC recommendations).

These fair shares are then subtracted from countries’ actual historical emissions (i.e. territorial emissions from 1850 to 1969, and consumption-based emissions from 1970 to 2015) to determine the extent to which each country has overshot or undershot its fair share. Through this approach, each country’s share of responsibility for global emissions in excess of the planetary boundary can be calculated.

A summary of the study’s findings show:

# the USA was responsible for 40% of excess global CO2 emissions;

# the industrialised countries (i.e. those classified by the UN Framework Convention on Climate Change as Annex I nations were responsible for 90% of excess emissions global CO2 emissions;

# by contrast, most countries in the Global South (Latin America, Africa, the Middle East, and Asia) were within their boundary fair shares, including India and China.