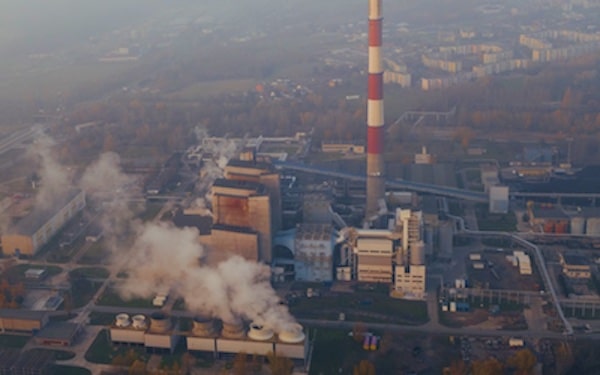 The Inflation Reduction Act (IRA) takes aim at a lot of things over the next decade–everything from prescription drug prices to corporate tax rates. For climate advocates, the headlining claim is this: the IRA would reduce greenhouse gas emissions by about 42%.

But that target isn’t actually in the bill. In fact, there are no emissions targets in the bill at all. Instead, this legislation relies on carrots (money to nudge private markets in the right direction) over sticks (actual mandates to reduce pollution).

So where does that 42% number come from? And is that reduction actually likely?

Several models claim to predict the IRA’s outcomes, but the one getting the most attention is from Princeton University’s REPEAT Project. Its model estimates that, without any new legislation, emissions will fall about 27% from 2005 highs. With the IRA, according to the model, emissions could fall about 42%.

But the model relies on some suspect reductions. For example, that 42% would need an astonishing turnaround for so-called carbon capture technologies. And it forecasts a massive increase in the deployment of clean energy–as well as tax credits for purchasing electric vehicles with requirements that no maker can meet yet.

The Analysis Makes A Bad Bet On Carbon Capture

There’s no explanation for this miraculous growth, but the analysis nonetheless suggests there will be “6 gigawatts of carbon capture retrofits at existing coal-fired power plants and 18 gigawatts of gas power plants with carbon capture installed by 2030.” These assumptions would require $17 billion in carbon capture tax credits in 2030 alone. That is far more than the $3.2 billion total 2022-2031 expenditure the Congressional Budget Office estimates.

Overall, the analysis assumes that carbon capture would deliver “roughly one-sixth to one-fifth” of total emissions cuts. This is an unfathomable improvement for an industry that has failed to deliver emissions reductions after decades of research and billions in funding.

The analysis also leaves its assumptions unclear on the actual emissions reductions of carbon capture technology. While the industry claims it can capture 90% of emissions, real-world analyses of full lifecycle emissions put that figure closer to 39%, at best. And captured CO2 is almost entirely used for more oil drilling, eliminating any supposed climate benefits.

The analysis also pins emissions reductions on changes to existing tax credits for electric vehicles. But there are serious questions about this policy. Several reports have already noted that there are currently no EVs that will meet the IRA’s requirements. The bill mandates that tax credits can only go to EVs with battery and mineral components sourced from the U.S. or favored trading partners.

The supply chains to make these cars don’t even exist yet, but the model assumes they will. It seems logical to think a more generous tax credit would increase EV purchases. However, real-world limitations could significantly limit projected emissions reductions.

The REPEAT analysis also assumes continued growth in fossil fuels; gas-fired power and coal stay strong in the energy mix. This is particularly concerning for communities near fossil fuel infrastructure. They’ll see more pollution from facilities receiving subsidies under the IRA. This is more than just wasting money on dirty infrastructure–it could increase pollution under the guise of climate action.

The fossil fuel industry is also pushing for a massive expansion of fossil fuel exports, which the REPEAT modeling acknowledges. Yet, it doesn’t account for those greenhouse gas emissions in its 42% claims.

The model also doesn’t account for the “side deal” that secured the support of West Virginia Senator Joe Manchin, which calls for fast-tracking major new energy projects. Right now, we can’t calculate how that agreement might work, but it explicitly aims to build new sources of pollution more quickly.

All of this–as well as the IRA’s unconscionable provisions on new drilling on public lands—will take a serious toll on communities near polluting facilities, and will lock us into continued climate emissions.

The IRA’s only provision that directly addresses oil and gas industry emissions is a fee on methane leaks. Under the bill, the fee would rise to $1,500 per ton in 2026. But negotiations with Senator Manchin substantially weakened this provision. Now, it won’t apply to the majority of the industry.

While that is not part of the REPEAT analysis, we note that they rely on a 100-year timeframe to calculate the CO2 equivalence of methane (instead of 20 years). This is misleading because so much of methane’s climate impact comes in the near-term.

Moreover, the analysis uses outdated assumptions from the EPA that significantly underestimate methane leakage and the impacts of gas on warming in general.

There’s A Difference Between Models And Reality

There are also fundamental questions about the type of forecasting used in the REPEAT analysis. How well do these models predict the future? What assumptions do they make?

On that count, the report includes caveats that readers might miss. “Optimization modeling used in this work assumes rational economic behavior from all actors,” the authors write. They add that “these results indicate what decisions make good economic sense for consumers and businesses to make… whether or not actors make such decisions in the real world depends on many factors we are unable to model.”

Energy industry actors don’t make rational decisions based on costs, consumer benefits or the public good. For instance, clean renewable power is cheap and abundant, yet utilities embrace fossil fuels. That’s in part because they profit from existing infrastructure that poisons communities and the climate.

Additionally, the REPEAT modeling doesn’t calculate increases in water and air pollution that will come from carbon capture, hydrogen and other fossil fuel infrastructure likely under the IRA. Increases in harmful emissions other than carbon dioxide and methane will inevitably result from more fracking, pipelines and fossil fuel power plants, too. The burden will fall on disadvantaged communities. Models don’t show these impacts, but they’re real nonetheless.