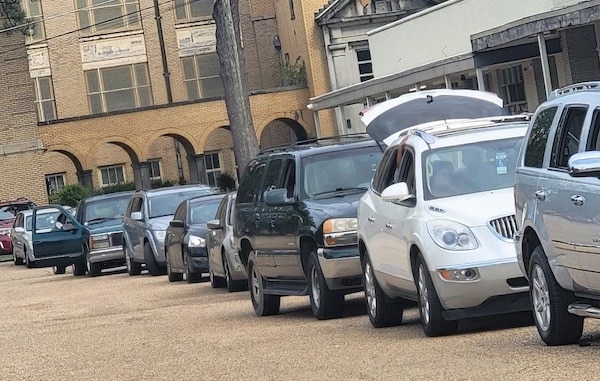 Jackson, Mississippi is currently suffering through an unprecedented water crisis. After decades of systematic and intentional neglect due to environmental racism, capital flight and deindustrialization, the city’s water system has collapsed.

This collapse didn’t have to happen. As a result of the city’s declining tax base over the decade, it cannot pay for the repairs by itself. Nor should it have to. Jackson is the Capitol of the state of Mississippi, which means it is the base of state government and resources. In addition, it is also where the Federal government’s administrative resources in the state are concentrated. These entities use the water system, just like the cities over 160,000, predominantly Black residents do. They must pay their fair share in overhauling and modernizing the system.

Jackson’s elected officials have been asking the state government to make a substantive contribution to the system for decades. However, the Republican, predominantly white, party leadership that has dominated state government for generations now, fundamentally refuses. They would rather the city collapse than structurally enable and support its Black political leadership and Black life in general. 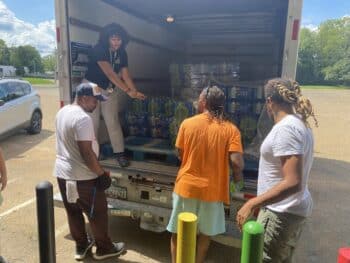 Enough is enough! The State and Federal governments must provide the City of Jackson the resources it needs to completely overhaul and modernize the city’s water filtration and delivery systems. The new system must be designed with ecological sustainability in mind, and it must be built by the working people of Jackson. Money must not be an issue. If the government can generate billions of dollars to provide immediate and long term aid to the governments of Ukraine, Taiwan, and Israel so readily, then it can generate them for the people of Jackson.

Justice for Jackson Entails the implementation of a Just Transition that adheres to the following principles and demands: 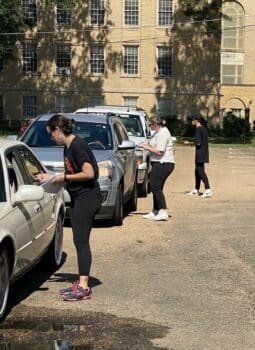 We are also clear that the suffering communities of Jackson cannot and must not wait on State and Federal redress that might not ever come, given the ongoing legacy of racial neglect. So, we must be clear about building and fighting for the practical community based solutions to the water and climate crisis that is underneath it, that we can implement ourselves.

To this end, we think it is imperative that we create a Jackson Emergency Response and Mutual Aid Network network that can serve our community in the event of water outages, future polar vortex freezes, tornados, hurricanes, floods, or massive social unrest.

We also think it is essential that we start developing more autonomous, community based resources as well to meet our needs. Here are some systems that we think need to be developed and we are calling for national support from all people of conscious to help us resource and build:

Take Action. Join us in these efforts.

We are asking everyone who reads and agrees with this to join us and take some concrete action to bring all of these demands and ideas to fruition. Here is how you can take initiative.

This is going to be a long, critical fight and we are asking you to join it, learn from it, and build a broader movement from it to meet the critical challenges and threats of our time.