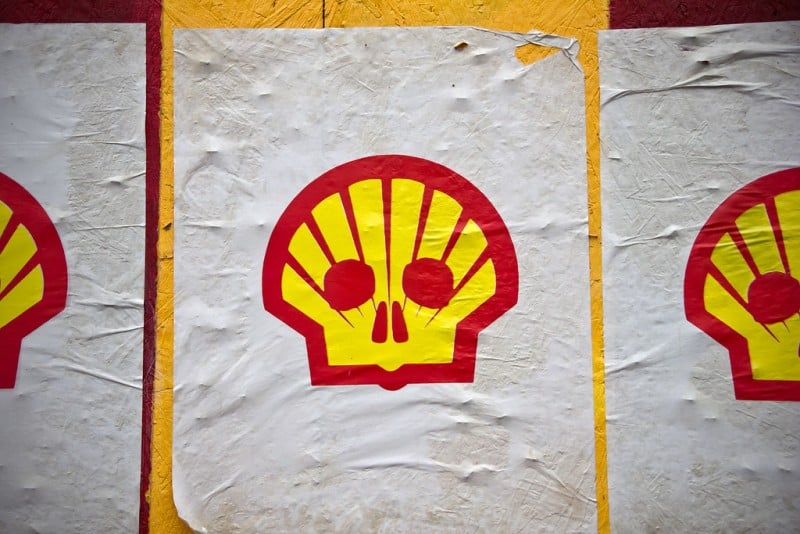 The United States House Committee on Oversight and Reform just held the third hearing of its investigation into the fossil fuel industry’s multi-decade campaign to block climate action by funding misinformation and misrepresenting their primary business operations. In advance of the hearing, the committee released a trove of documents obtained by subpoena, ranging from emails from communications consultants admitting that the industry was “gaslighting” the public to guidelines for employees discussing “net zero” to executives making jokes about drinking hot beverages while the planet burns.

These documents made a ripple across US and international news but seem to have largely been ignored by Canadian media focused on the funeral of the late Queen Elizabeth II. Here, I hope to plug that hole by connecting these companies’ operations in Canada, the federal government’s justifications for oil and gas expansion, and the utter disregard for stopping global warming, as demonstrated by the exposed documents.

Let’s start with Shell. Despite a recent divestment of some of its upstream assets, the company still holds significant interests in Alberta’s oil sands. In addition, it is the largest stakeholder of LNG Canada, the controversial liquified methane gas export facility being built in Kitimat, and is heavily invested in upstream assets producing fracked gas in northeast BC and Alberta. Neither of these investments would be viable without the equally controversial Coastal GasLink pipeline that is currently under construction (against the wishes of many Indigenous leaders).

Shell and the BC government work in lockstep on many of the corporation’s investments in the region. In July 2021, Shell published a press release about investments in the province, stating, “Shell’s target is to become a net-zero emissions energy business by 2050, in step with society.” The BC government published a concurrent press release repeating Shell’s claims about its net zero intentions almost word for word.

But the documents released by the US House Committee tell a different story. In them, the company presents guidelines for employees to stick to when discussing Shell’s commitment to “net zero.” These guidelines, designed to reduce Shell’s liability to shareholders for making fraudulent statements, make it clear that it has no intention of actually reducing its emissions or its fossil fuel production. Shell’s own words put it more effectively than I ever could: “Please do not give the impression that Shell is willing to reduce carbon dioxide emissions to levels that do not make business sense.”

Some of Shell’s other recent investments in Canada are in carbon capture and storage (CCS) facilities. Activists and environmentalists, including myself, often point to CCS, especially CCS projects backed by fossil fuel companies, as subject to an unavoidable moral hazard: they are promoted as a political tool specifically designed to prolong the life of oil and gas consumption.

Internal documents obtained from BP, which recently sold its oil sands assets to Cenovus Energy but remains involved in offshore oil and gas exploration in Canada, indicate that “[CCS could] enable the full use of fossil fuels across the energy transition and beyond.” In internal emails, a Shell employee noted the reputational risk that would come with publicly acknowledging that intent and cautioned an executive “to not talk about CCUS as prolonging the life of… fossil fuels writ large.”

ExxonMobil has major operations in Canada, too, including Kearl, one of the largest tar sands operations. According to the Global Oil & Gas Exit List, an inventory of upstream expansion plans created by the German non-profit Urgewald, Exxon has both short-term expansion and ongoing exploration plans in Canada. Like many other oil and gas companies, Exxon has publicly stated that it supports the Paris Agreement, but in a released memo prepared for the CEO, Darren Woods, the company calls for removal of a reference to the accord in an industry group’s announcement for fear it could be conceived as an actual commitment to altering the company’s business operations.

Chevron, too, has major Canadian operations including in the oils sands and offshore in Newfoundland and Labrador with significant short-term plans to expand. In an email titled “‘Just Transition’ talking points,” a Chevron employee advised an executive to say that oil and gas is vital to “any global transition,” because such operations provide “scalable, lower carbon solutions that ensure a just transition.” This is remarkably similar to Justin Trudeau’s promises of a just transition, which bypass the real meaning of the phrase in multiple ways—ultimately implying that there will be no transition at all.

While these documents are critically important, it is also remarkable to see just how dismissive of climate change and climate risk fossil fuel executives are. In 2017, Joe Ellis, now the head vice president for US government affairs at BP, forwarded an email newsletter about global temperature records being broken repeatedly to a colleague, sarcastically adding, “I’ll buy the first round Monday night before we say our goodbyes.”

The colleague, Robert Stout, who now works for an NGO called the Energy Transitions Commission, replied, “A ‘hot toddy’ maybe?”

In another released email, a Shell employee quite literally wished “bedbugs” upon activists working with the Sunrise Movement. And in another, Tom Wolf, currently a senior government relations manager at BP, replied to an article about the fossil fuel industry written by Bill McKibben by saying, “I live on earth so I don’t get what planet this guy lives on.”

All of these companies are members of the Canadian Association of Petroleum Producers, the industry’s biggest domestic lobbying group. The page on their website addressing climate change reads, “How We Can Grow Oil and Gas Production While Meeting Climate Commitments.” It’s the (impossible) public-facing story they’re all telling and their internal documents and emails demonstrate that none of them take it seriously at all. Instead, they’re pursuing a balancing act focused on painting themselves as committed to climate action while avoiding going so far as committing investor fraud.

As the National Observer just reported, CAPP, funded by these companies but not tethered by the risk of investor fraud, is directly engaged in more nefarious tactics, too: they are currently funding a social media ad campaign under the name Canada’s Energy Citizens pushing the public to oppose emissions caps for the oil and gas sector. They’ve spent more than $500,000 on this campaign since 2019.

The Oilsands Pathways Alliance is another lobbying group backed by CNRL, Cenovus Energy, ConocoPhillips Canada, Imperial, MEG, and Suncor ostensibly focused on the oilsands’ “pathway to net zero.” Imperial is majority-owned by ExxonMobil, a company that has known about the risks of climate change for more than 50 years and deliberately misled the public to block climate action. Both the documents released by the House Committee on Oversight and Reform and another new report published by the House Natural Resources Committee make it clear those efforts to block climate action haven’t stopped, they’ve just been rebranded: instead of arguing climate change isn’t happening, they are simply, as one marketing consultant admitted, “gaslighting” the public—saying they are pursuing climate action while actually rapidly expanding their oil and gas operations with no intention of ever changing.

The only reason we don’t have internal documents demonstrating just how carefully the other companies operating in Canada are manipulating their messaging is because virtually no one in government is brave enough to challenge and subpoena them. Suncor wasn’t featured in the latest document dump, but it operates on both sides of the border and its ongoing half-century of duplicity is well-documented.

Instead of holding these companies accountable, Canada’s government looks to organizations like the Oil Sands Pathways Alliance for input on climate policy, taking them at their word despite the enormous amount of evidence that we shouldn’t. Worse yet, the government seems to absorb the messages that organizations like OSPA propagate, carefully sculpted by marketing firms, later repeating them as their own, thanks to the almost unbelievable level of access the fossil fuel industry has both provincially and federally.

A briefing document prepared for Natural Resources Minister Jonathan Wilkinson and Minister of Environment and Climate Change Steven Guilbeault advised them to brag to any questioners that, “Work has already begun. The Oil Sands Pathways Alliance… was formed with the recognition that to stay competitive in a decarbonizing economy the sector had to drastically reduce it carbon footprint and achieve net zero emissions by 2050.” While ExxonMobil has announced an “ambition for net zero,” it has no real plans to do so. Internal documents from Shell about its net zero “Sky scenario” put it bluntly: “[that has] nothing to do with our business plans.”

The same document advises the ministers to say that carbon capture technologies “hold significant potential to help the oil and gas sector to meet net-zero targets.” But as documents from BP indicated, the oil companies that claim to be investing in CCS in order to pursue “net zero” are actually pursuing it precisely because of the moral hazard it poses: they see it as a way to continue using fossil fuels at current or greater levels well beyond the global “net zero” deadline.

In response to a hypothetical question about a “just transition” for Canada’s oil and gas workers, the ministers are advised—much like the Chevron executive exposed by the US committee—to note that “Canada’s petroleum sector has invested an average $1B a year in Research and Development (R&D),” seemingly a nonsequitur until you realize that they, too, see the continued production of fossil fuels as key to “any global transition.” It’s almost unbelievable that this needs saying, but a “just transition” that doesn’t involve transitioning away from fossil fuels is not a transition at all.

The fossil fuel industry’s decades long campaign to discredit climate science and block climate action hasn’t come to an end, it’s just reached a new phase. The industry, with its army of public relations firms, is painting itself as an ally in the fight against climate change. Governments like Canada’s are helping them do it, gaslighting us at every opportunity. The documents just released by the US House Committee on Oversight and Reform are the latest entry in an endless rap sheet that makes it abundantly clear: if your climate policy is supported by the oil and gas industry, it’s not climate policy at all.

Nick Gottlieb is a climate writer based in northern BC and the author of the newsletter Sacred Headwaters. His work focuses on understanding the power dynamics driving today’s interrelated crises and exploring how they can be overcome. Follow him on Twitter @ngottliebphoto.