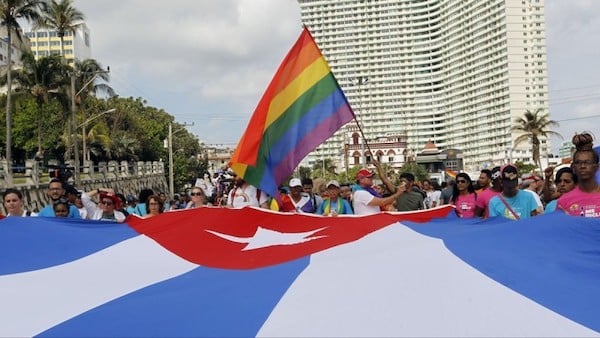 On September 18, Cuban citizens abroad voted in a popular referendum on the country’s proposed Families Code, a comprehensive revamp of social policy that includes some of the world’s most progressive laws concerning women’s rights, familial rights, and LGBTQ+ rights.

On September 25, citizens in Cuba voted, and on September 26, president of the National Electoral Council (CEN) Alina Balsiero announced that approximately 67 percent of the Cuban population voted to approve the code, despite attempts to prevent its passing by the Catholic Church and other conservative groups inside and outside the country.

Some of the important social and economic guarantees included in Cuba’s new Families Code are:

The Families Code also promotes the equal sharing of domestic responsibilities among household members and notes that parents have “responsibility” for children rather than “custody” over them, and they must therefore respect the dignity and integrity of the children and adolescents in their family.

Since 1959, the Cuban government’s social policies have sought to enforce equal rights for men and women. In 1965, Cuba legalized abortion on the four grounds: “it is the woman who decides, it needs to take place at a hospital, it needs to be carried out by expert staff, and it needs to be totally free.” Nevertheless, discrimination against LGBTQ+ people was widespread throughout the 1970s and 1980s, to the degree that it was effectively institutionalized by the state. 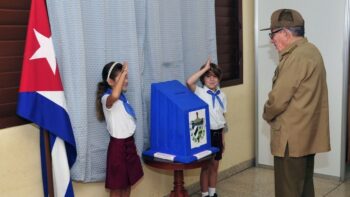 When I visited Cuba in April and May of this year, I had the opportunity to meet Ramón Silverio, founder of the famous LGBTQ+ cultural centre El Mejunje in Santa Clara. In Silverio’s opinion, discrimination against LGBTQ+ people grew during this time because of the state’s decision to adopt a Soviet-style model of governance, which had the effect of strengthening rather than challenging the elements of machismo already present in the revolutionary state. Silverio also mentioned that current president Miguel Díaz-Canel, who was the first secretary of Villa Clara province in the 1990s, was a dedicated supporter of El Mejunje and encouraged parents to bring their children to the centre to increase their exposure to non-heteronormative relationships.

Cuba’s previous Family Code was written in 1976. It was one of only a few aspects of governance not addressed in the 2019 constitutional referendum, in which the socialist nature of the state was approved with an overwhelming 90 percent of the vote. However, the roots of the newly ratified Families Code go back to 2018, when government consultations with the public discovered widespread support for more progressive notions of marriage and family life. Therefore, after the 2019 constitutional referendum, authorities began work on the Families Code.

After 21 edits, the National Assembly approved the first draft of the Families Code in December 2021. Between February and April 2022, the document was submitted to public consultations in which 6.5 million people—76 percent of the population—participated. By the time I arrived in Cuba in late April, over 79,000 public meetings had been held to discuss the Families Code and the document had been revised 119 times. The final revised draft was approved by the National Assembly in June, and this September, it was finally ratified in a public referendum.

While I was in Cuba, the news broke about the leaked U.S. Supreme Court opinion that would lead to the overturning of Roe v. Wade, and with it the constitutional right to an abortion in the United States. Calla Walsh, an organizer from Massachusetts, was also in Cuba when the news of the leaked decision broke and subsequently wrote about her experience.

Hearing the news about Roe v. Wade while in revolutionary Cuba put the reactionary decision in a different context… The precariousness of reproductive rights—and all rights—in the United States bears a sharp contrast to life in Cuba, where it would be unimaginable for the government to strip away healthcare from millions of people with a single vote, let alone a vote between nine unelected justices. Conversely, it would be unimaginable to North Americans for us to participate in community debate and national referendums on our constitution, which has barely changed since it was written by a handful of slaveowners 235 years ago. But most North Americans are still convinced that we live in a functional democracy, while Cubans live in a totalitarian dictatorship.

The conservative war on reproductive rights in the U.S. is joined by a concomitant assault on the rights of transgender people. In Texas, the Supreme Court recently ruled that gender-affirming care is tantamount to child abuse and that parents can be investigated for providing their children with such care. Similar discriminatory laws have been passed in other states including Alabama, Mississippi, and Florida, where the Senate recently passed discriminatory legislation that prevents teachers from educating students about LGBTQ+ issues and people.

Unlike in North America, transgender rights are not a flashpoint of domestic “culture war” politics in Cuba, where gender-affirming care has been free since 2010. Additionally, educational resources concerning non-heteronormative lifestyles are not suppressed in Cuba as they currently are in large parts of the U.S. Rather, LGBTQ+ rights were at centre of the three-month-long nationwide discussions that produced the Families Code, and in which three-quarters of the population participated.

As conservatives in North America, but particularly the U.S., redouble their efforts to restrict women’s and LGBTQ+ rights, we must applaud Cuba’s popular and democratic decision to draft, discuss, and implement their new Families Code, a powerful document that countries determined to demonize Cuba could learn so much from.