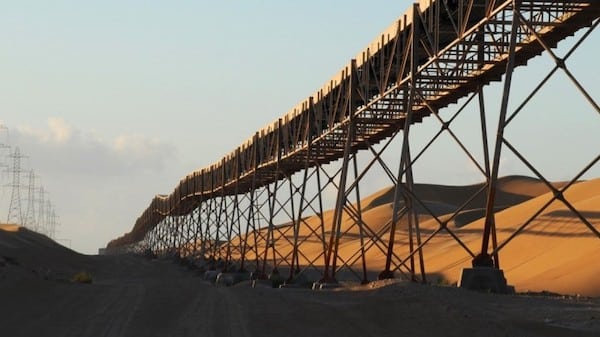 When it comes to Western Sahara, the West’s collective silence can be called nothing but a double standard.

Western Sahara is a founding member of the African Union and a full member state to this day. It is also Africa’s last colony. Occupied by Spain until 1975, the Sahrawi Democratic Republic was then ceded to Morocco, with U.S. support, despite the fact that the “position supporting the Sahrawi peoples’ right to self-determination has since been upheld by the UN, the AU, the Court of Justice of the European Union (CJEU), and the African Court on Human and Peoples’ Rights (AfCHPR),” and the International Court of Justice (ICJ).

This October, the United Nations Security Council (UNSC) is holding three meetings to discuss the conflict in Western Sahara. Numerous African countries including South Sudan, Algeria, and Namibia have been vocal in their support for the implementation of a solution to the conflict, including through “a free and fair referendum,” but Western countries have mostly remained silent.

While staying mum about the occupation and its abuses, many Western countries profit from the illegal exploitation of Sahrawi resources. For example, every year the European Union imports tens of thousands of tonnes of fish illegally caught in Sahrawi waters. Pavan Kulkarni writes, “When the Court of Justice of the European Union (CJEU) ruled in 2018 that the fisheries agreement with Morocco cannot extend to Sahrawi waters over which Morocco had no sovereignty, the EU simply renegotiated the agreement specifying the inclusion of Sahrawi territory.”

In April 1991, the UNSC established the United Nations Mission for the Referendum in Western Sahara (MINURSO) with the mandate to organize a referendum on the self-determination of the Sahrawi people. With the help of the U.S. and France, Morocco has been able to extend the timeline on the referendum 47 times, giving authorities the chance to send more settlers into Sahrawi territory. Since 1975, Morocco has encouraged 200,000 of its citizens to settle in Western Sahara, a “mass transfer of Moroccan citizens [which is] undoubtedly an effort to affect ‘facts on the ground’” in the colonized territory.

Part of MINURSO’s mandate was the enforcement of a ceasefire between the Moroccan military and the national liberationist Polisario Front. The ceasefire lasted for 29 years, but fell apart on November 13, 2020 when Morocco sent soldiers into a UN-controlled town to remove unarmed Sahrawi protestors blockading a road built illegally on their land.

One month later, outgoing U.S. President Donald Trump gave the Moroccan authorities a parting gift by recognizing their sovereignty over Western Sahara. Biden has yet to reverse this decision. Therefore, both the Republican and Democratic parties have lent their support to the illegal occupation and colonization of Western Sahara, a clear refutation of the position supported by the United Nations, the African Union, the Court of Justice of the European Union, the African Court on Human and Peoples’ Rights, and the International Court of Justice.

By refusing to reverse Trump’s recognition, Stephen Zunes writes that “[t]he Biden administration is effectively recognizing the invasion, occupation, and annexation of one recognized African state by another.” At the same time, the U.S., Canada, and other Western states are the ones leading the calls to punish Russia for its invasion, occupation, and annexation of four of Ukraine’s eastern provinces. This clear hypocrisy is likely one reason why the African continent has not joined the collective West in its unconditional support for Ukraine and its efforts to isolate Russia economically.

Canada is also complicit in the invasion, occupation, and attempted annexation of Western Sahara by Morocco. Ottawa does not recognize the government of the Sahrawi Arab Democratic Republic (SADR), and Canadian potash companies have invested in the exploitation of Western Sahara’s phosphate resources, “a trade which is instrumental in paying for Morocco’s costly occupation of the territory.”

While other countries like the U.S. and Norway excluded resources from occupied Sahrawi territory from free trade negotiations with Morocco, Canada did not. Multiple international investors even divested from Canada’s PotashCorp and Agrium over their economic interests in occupied Western Sahara, but that did not stop Ottawa from giving taxpayer funds to the companies profiting from the occupation of the SADR.

is the fact that companies importing phosphate from Western Sahara also enjoy the support of Export Development Canada (EDC), a Crown corporation. Potash Corp and Agrium have received more than $200 million in loans, despite EDC’s vague one-page statement on human rights. The Crown corporation also hosts a webpage promoting its activities in Morocco, including a map that, despite a cryptic dotted line, shows Western Sahara as part of Moroccan territory where Canadian companies can profit with EDC assistance.

If Western countries want their geopolitical positions to be respected globally, they need to apply consistent principles to questions of invasion, occupation, and annexation, and condemn these acts as the aggressions they are, whether or not they are committed by allies or foes.