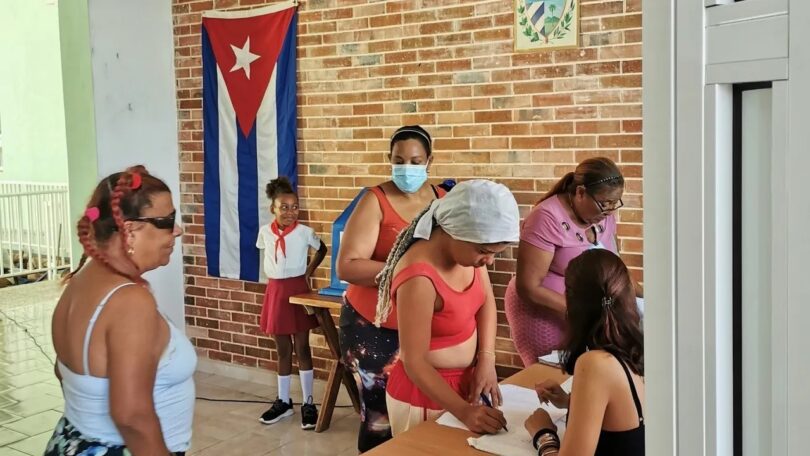 Cubans voting in municipal elections in La Habana on November 27, 2022

Cuba held elections for its organs of local government, the Municipal Assemblies of People’s Power, on November 27. A delegation of youth from the United States observed the vote first-hand as part of the U.S.-Cuba Youth Friendship Meeting.

Coming from the fundamentally undemocratic U.S. Empire, it was the first time that many participants saw a functional electoral system in which the masses actually participate, and in which the majority truly rules. 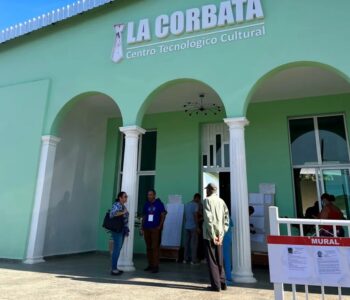 Voter rolls and biographies of the nominees are posted outside of the polling station at the La Corbata cultural-technological center in La Habana, Cuba.

At first arrival, we were surprised by how efficiently the voting process moved. There were not long lines at the La Corbata polling site, while in the U.S. it is typical for voters—especially in poorer neighborhoods—to wait in lines for hours to cast their ballot.

A local election official explained that all citizens and permanent residents of Cuba are automatically registered to vote at age 16. At 18, they are eligible to be nominated to run as a delegate.

The nomination process happens in the weeks leading up to the election. ​​Between October 21 and November 18, more than 6 million voters—73% of those eligible—attended the neighborhood assemblies for the nomination of candidates. 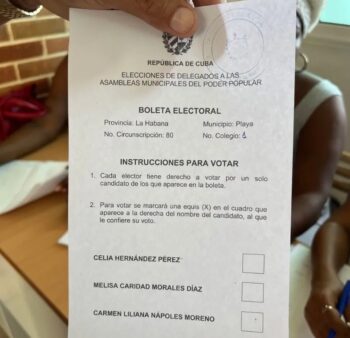 An example of a Cuban ballot in the La Corbata polling station.

Nominees are chosen by local community groups, including the Committees in Defense of the Revolution, the country’s largest mass organization, with more than 8.4 million members out of a population of 11 million; the Cuban Federation of Women, whose membership includes more than 85% of all eligible Cuban women over 14 years of age; and the Communist Party of Cuba.

The Communist Party of Cuba is not an electoral party; it does not “hand-pick” candidates; and party membership is not a requirement to run for office at all.

Before the election, the National Electoral Council goes house to house to verify voters’ information. This year, after Hurricane Ian devastated the Pinar del Río province in the west, election officials surveyed people still evacuated or sheltering there to ensure they would have voting access.

Cuban elections are always held on Sundays, so that voters are not restricted by their workdays to participate in democracy.

On November 27, polls opened at 7:00 a.m. and were scheduled to close at 6:00 p.m. The National Electoral Council used the power granted by the Cuban Constitution to extend the polling hours throughout the country for one more hour so that a greater number of citizens could exercise their right to vote. 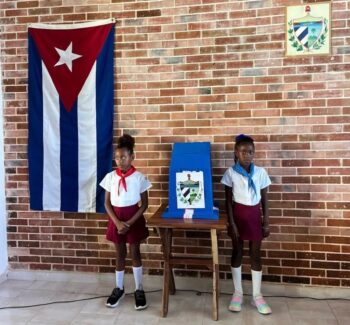 In the U.S., elections that are scheduled on Tuesdays during work hours—combined with the inaccessibility of polling sites, strict ID requirements, racist voter intimidation, and a general lack of civic education—impede most of the working class from participating.

The U.S. pushes the falsehood that Cuban elections are “not competitive.” In reality, every Cuban municipality must have at least two to eight candidates running, in order to ensure that voters have a choice. In La Corbata, three candidates were running, all of whom were women.

Competitiveness in U.S. elections has continued to plummet as corporations expand their monopoly over our ostensible democracy, or rather, oligarchy. In the November 2022 midterms, less than 8% of U.S. Congressional districts were considered competitive.

When Cuban voters enter the polling station, they confirm their voter information, receive a ballot with straightforward instructions, and fill it out in a booth. Then, they place their ballot in a box guarded by local elementary school students.

Youth have always worked at the forefront of the Cuban Revolution, so it is a very honorable role for them. 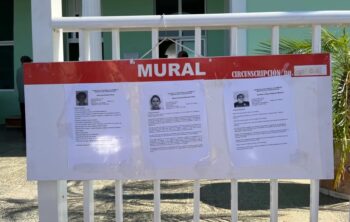 Biographies of candidates are posted outside of the polling station for voters to read.

Any citizen can assist in the public vote-counting process. Official results are reported the same day—unlike in the U.S., where it takes weeks or even months to tally votes, despite being one of the richest countries in the world, with access to much more advanced technology than blockaded Cuba.

If no candidate receives over 50% of the vote, the election moves to a runoff the following Sunday. This will be the case in 925 of Cuba’s municipalities after the November 27 elections.

Moreover, the community can recall their representatives at any point once their terms begin.

Another key difference between U.S. and Cuban elections is that in Cuba, there is no “traditional” campaigning. The community-nominated candidates cannot spend any money on campaigning, but they are still accessible to voters to discuss any issues. 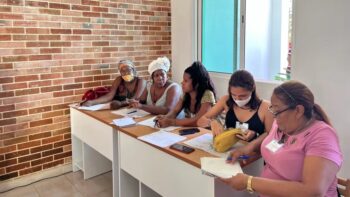 Candidate biographies, highlighting their experience serving the community and their membership in different organizations, are posted outside of the polling place.

Voters make an informed decision based on the candidates’ genuine qualifications, not on flashy campaign mailers or attack ads made by Super PACs.

As a result, the energy at the polls was completely different than what is typical in the U.S., where crowds of campaign volunteers or paid workers gather outside holding signs, passing out literature, and urging voters to support their candidates.

Political violence often escalates outside of polling sites in the U.S. During the 2022 midterm elections, there were even armed militias intimidating voters at ballot drop boxes in some states.

In the U.S., and all capitalist “democracies,” elections are determined by the amount of money invested in a campaign, which buys advertisements, mailers, staff, and other resources to reach likely voters.

A record-breaking $9.3 billion was spent on federal elections during the 2022 U.S. midterms.

North Americans’ shallow conception of democracy contributes to their confusion about the Cuban system. Some believe ridiculous anti-communist propaganda claiming that Cuba is staging its elections or paying actors to tell us lies.

As I wrote in Multipolarista in May, it is easier for many North Americans to believe that Cuba is lying about their democratic achievements—free healthcare and education, guaranteed housing and employment, constitutionally enshrined anti-racism and gender equality—than to come to terms with the fact that our own government is choosing to deny us those same rights.

The far more advanced character of Cuban socialist democracy is exactly why the U.S. is so intent on obfuscating and blockading Cuba’s reality. Their example shows us what is possible.

For more than 60 years, a small island of 11 million people has resisted the biggest, most violent empire in history. If a true workers’ democracy can be realized 90 miles from our shores, it can be realized here too, and in every corner of the world.