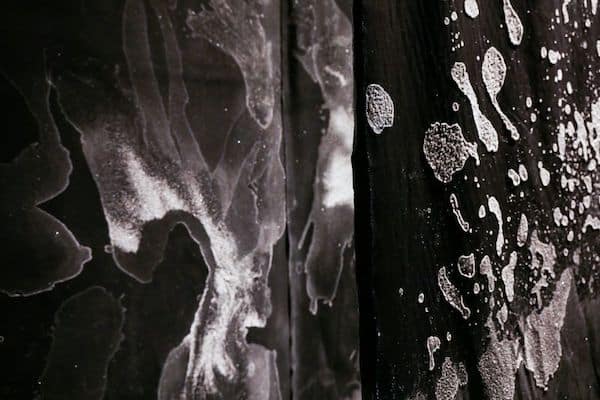 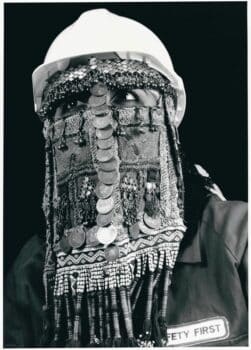 On 9 December, China’s President Xi Jinping met with the leaders of the Gulf Cooperation Council (GCC) in Riyadh, Saudi Arabia to discuss deepening ties between the Gulf countries and China. At the top of the agenda was increased trade between China and the GCC, with the former pledging to ‘import crude oil in a consistent manner and in large quantities from the GCC’ as well to increase imports of natural gas. In 1993, China became a net importer of oil, surpassing the United States as the largest importer of crude oil by 2017. Half of that oil comes from the Arabian Peninsula, and more than a quarter of Saudi Arabia’s oil exports go to China. Despite being a major importer of oil, China has reduced its carbon emissions.

A few days before he arrived in Riyadh, Xi published an article in al-Riyadh that announced greater strategic and commercial partnerships with the region, including ‘cooperation in high-tech sectors including 5G communications, new energy, space, and digital economy’. Saudi Arabia and China signed commercial deals worth $30 billion, including in areas that would strengthen the Belt and Road Initiative (BRI). Xi’s visit to Riyadh is only his second overseas trip since the COVID-19 pandemic; his first was to Central Asia for the summit of the Shanghai Cooperation Organisation (SCO) in September, where the nine member states (which represent 40% of the world’s population) agreed to increase trade with each other using their local currencies.

At this first China-GCC summit, Xi urged the Gulf monarchs to ‘make full use of the Shanghai Petrol and Gas Exchange as a platform to conduct oil and gas sales using Chinese currency’. Earlier this year, Saudi Arabia suggested that it might accept Chinese yuan rather than U.S. dollars for the oil it sells to China. While no formal announcement was made at the GCC summit nor in the joint statement issued by China and Saudi Arabia, indications abound that these two countries will move closer toward using the Chinese yuan to denominate their trade. However, they will do so slowly, as they both remain exposed to the U.S. economy (China, for instance, holds just under $1 trillion in U.S. Treasury bonds). 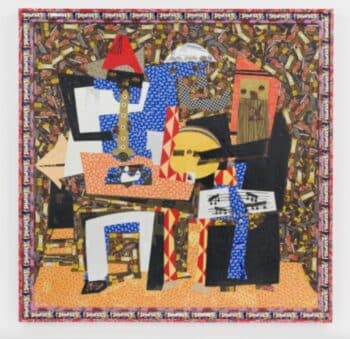 Talk of conducting China-Saudi trade in yuan has raised eyebrows in the United States, which for fifty years has relied on the Saudis to stabilise the dollar. In 1971, the U.S. government withdrew the dollar from the gold standard and began to rely on central banks around the world to hold monetary reserves in U.S. Treasury securities and other U.S. financial assets. When oil prices skyrocketed in 1973, the U.S. government decided to create a system of dollar seigniorage through Saudi oil profits. In 1974, U.S. Treasury Secretary William Simon—fresh off the trading desk at the investment bank Salomon Brothers—arrived in Riyadh with instructions from U.S. President Richard Nixon to have a serious conversation with the Saudi oil minister, Ahmed Zaki Yamani.

Simon proposed that the U.S. purchase large amounts of Saudi oil in dollars and that the Saudis use these dollars to buy U.S. Treasury bonds and weaponry and invest in U.S. banks as a way to recycle vast Saudi oil profits. And so the petrodollar was born, which anchored the new dollar-denominated world trade and investment system. If the Saudis even hinted towards withdrawing this arrangement, which would take at least a decade to implement, it would seriously challenge the monetary privilege afforded to the U.S. As Gal Luft, co-director of the Institute for Analysis of Global Security, told The Wall Street Journal, ‘The oil market, and by extension the entire global commodities market, is the insurance policy of the status of the dollar as reserve currency. If that block is taken out of the wall, the wall will begin to collapse’. 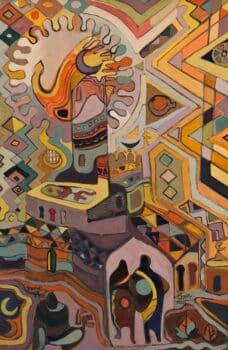 First, the 2007—08 financial crisis suggested that the Western banking system is not as stable as imagined. Many countries, including large developing nations, hurried to find other procedures for trade and investment. The establishment of BRICS by Brazil, Russia, India, China, and South Africa is an illustration of this urgency to ‘discuss the parameters for a new financial system’. A series of experiments have been conducted by BRICS countries, such as the creation of a BRICS payment system.

Second, as part of its hybrid war, the U.S. has used its dollar power to sanction over 30 countries. Many of these countries, from Iran to Venezuela, have sought alternatives to the U.S.-dominated financial system to conduct normal commerce. When the U.S. began to sanction Russia in 2014 and deepen its trade war against China in 2018, the two powers accelerated upon processes of dollar-free trade that other sanctioned states had already begun forming out of necessity. At that time, Russia’s President Vladimir Putin called for the de-dollarisation of the oil trade. Moscow began to hurriedly reduce its dollar holdings and maintain its assets in gold and other currencies. In 2015, 90% of bilateral trade between China and Russia was conducted in dollars, but by 2020 it fell below 50%. When Western countries froze Russian central bank reserves held in their banks, this was tantamount to ‘crossing the Rubicon’, as economist Adam Tooze wrote. ‘It brings conflict in the heart of the international monetary system. If the central bank reserves of a G20 member entrusted to the accounts of another G20 central bank are not sacrosanct, nothing in the financial world is. We are at financial war’.

BRICS and sanctioned countries have begun to build new institutions that could circumvent their reliance on the dollar. Thus far, banks and governments have relied upon the Society for Worldwide Interbank Financial Telecommunications (SWIFT) network, which is run through the U.S. Federal Reserve’s Clearing House Interbank Payment Services and its Fedwire Funds Service. Countries under unilateral U.S. sanctions—such as Iran and Russia—were cut off from the SWIFT system, which connects 11,000 financial institutions across the globe. After the 2014 U.S. sanctions, Russia created the System for Transfer of Financial Messages (SPFS), which is mainly designed for domestic users but has attracted central banks from Central Asia, China, India, and Iran. In 2015, China created the Cross-Border Interbank Payment System (CIPS), run by the People’s Bank of China, which is gradually being used by other central banks. 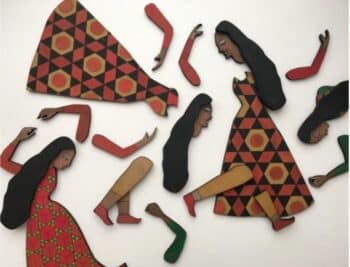 Sarah Mohanna Al Abdali (Saudi Arabia), Kul Yoghani Ala Laylah (‘Each to Their Own’), 2017.

Alongside these developments by Russia and China are a range of other options, such as payment networks rooted in new advances in financial technology (fintech) and central bank digital currencies. Although Visa and Mastercard are the largest companies in the industry, they face new rivals in China’s UnionPay and Russia’s Mir, as well as China’s private retail mechanisms such as Alipay and WeChat Pay. About half of the countries in the world are experimenting with forms of central bank digital currencies, with the digital yuan (e-CNY) as one of the more prominent monetary platforms that has already begun to side-line the dollar in the Digital Silk Roads established alongside the BRI.

As part of their concern over ‘currency power’, many countries in the Global South are eager to develop non-dollar trade and investment systems. Brazil’s new minister of finance from 1 January 2023, Fernando Haddad, has championed the creation of a South American digital currency called the sur (meaning ‘south’ in Spanish) in order to create stability in interregional trade and to establish ‘monetary sovereignty’. The sur would build upon a mechanism already used by Argentina, Brazil, Paraguay, and Uruguay called the Local Currency Payment System or SML.

A March 2022 report by the International Monetary Fund (IMF) entitled ‘The Stealth Erosion of Dollar Dominance’ showed that ‘the share of reserves held in U.S. dollars by central banks dropped by 12 percentage points since the turn of the century, from 71 percent in 1999 to 59 percent in 2021’. The data shows that central bank reserve managers are diversifying their portfolios with Chinese renminbi (which accounts for a quarter of the shift) and to non-traditional reserve currencies (such as Australian, Canadian, New Zealand, and Singaporean dollars, Danish and Norwegian kroner, Swedish krona, Swiss francs, and the Korean won). ‘If dollar dominance comes to an end’, concludes the IMF, ‘then the greenback could be felled not by the dollar’s main rivals but by a broad group of alternative currencies’. 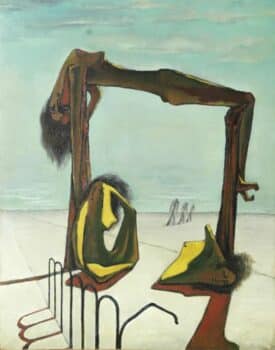 Global currency exchange exhibits aspects of a network-effect monopoly. Historically, a universal medium emerged to increase efficiency and reduce risk, rather than a system in which each country trades with others using different currencies. For years, gold was the standard.

Any singular universal mechanism is hard to displace without force of some kind. For now, the U.S. dollar remains the major global currency, accounting for just under 60% of official foreign exchange reserves. Under the prevailing conditions of the capitalist system, China would have to allow for the full convertibility of the yuan, end capital controls, and liberalise its financial markets in order for its currency to replace the dollar as the global currency. These are unlikely options, which means that there will be no imminent dethroning of dollar hegemony, and talk of a ‘petroyuan’ is premature.

In 2004, the Chinese government and the GCC initiated talks over a Free Trade Agreement. The agreement, which stalled in 2009 due to tensions between Saudi Arabia and Qatar, is now back on the table as the Gulf finds itself drawn into the BRI. In 1973, the Saudis told the U.S. that they wanted ‘to find ways to usefully invest the proceeds [of oil sales] in their own industrial diversification, and other investments that contributed something to their national future’. No real diversification was possible under the conditions of the petrodollar regime. Now, with the end of carbon as a possibility, the Gulf Arabs are eager for diversification, as exemplified by Saudi Vision 2030, which has been integrated into the BRI. China has three advantages which aid this diversification that the U.S. does not: a complete industrial system, a new type of productive force (immense-scale infrastructure project management and development), and a vast growing consumer market.

Western media has been near silent on the region’s humiliating loss of economic prestige and dominance during Xi’s trip to Riyadh. China can now simultaneously navigate complex relations with Iran, the GCC, Russia, and Arab League states. Furthermore, the West cannot ignore the SCO’s expansion into West Asia and North Africa. Egypt, Saudi Arabia, Iran, Turkey, and Qatar are either affiliated or in discussions with the SCO, whose role is evolving.

Five months ago, U.S. President Joe Biden visited Riyadh with far less pomp and ceremony—and certainly with less on the table to strengthen weakened relations between the U.S. and Saudi Arabia. When asked about Xi’s trip to Riyadh, the U.S. State Department’s spokesperson said, ‘We are not telling countries around the world to choose between the United States and the PRC’. That statement itself is perhaps a sign of weakness.