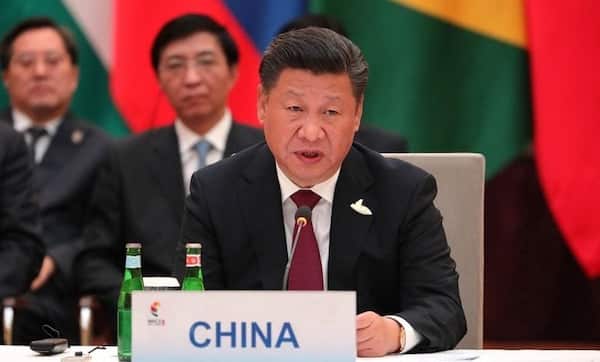 U.S. politicians and corporate media often promote the narrative that China lures developing countries into predatory, high-interest loans to build infrastructure projects as part of its Belt and Road Initiative. As the story goes, China anticipates that the borrowing country will default on that loan, so that it can then seize that asset in order to extend its military or geostrategic influence–evidence of China’s so-called colonizing of the Global South.

The concept of Chinese “debt trap diplomacy” finds its origins in a 2017 academic article published by a think tank in Northern India describing China’s financing of Sri Lanka’s Hambantota Port. The concept was then picked up by two Harvard graduate students in 2018, when they published a paper accusing China of “debtbook diplomacy” and “leveraging accumulated debt to achieve its strategic aims.” This paper was then widely cited by media publications, the idea of Chinese “debt traps” seeped into Washington and intelligence circles, and a short time later, by November 2018, a Google search of the phrase “debt trap diplomacy” generated nearly two million results.

By now the “debt trap diplomacy” accusation has become a bipartisan one: Both the Trump and Biden administrations have peddled it, and it’s been further advanced by organizations such as the U.S. International Development Finance Corporation, and corporate media outlets like The New York Times, The Washington Post, and The Hill.

In one egregious instance, BBC News even edited an interview with Deborah Bräutigam–a scholar known for her work challenging the validity of the Chinese “debt trap diplomacy” myth–to only include her explanation of the myth itself, omitting all evidence she cited against it, leading listeners to believe that Bräutigam was in fact claiming the concept was true.

Generally, there are three problems with this “debt trap diplomacy” myth.

The first problem is that this myth assumes China unilaterally dictates Belt and Road Initiative projects to lure other countries into taking on these predatory loans. In reality, Chinese development financing is largely recipient-driven through bilateral interactions and deals. Infrastructure projects are determined by the recipient country, not China, based on their own economic and political interests.

The second problem with the narrative is that it relies on the assumption that it is Chinese policy to advance predatory loans with onerous terms and conditions to ensnare countries into debt. In reality, China often advances loans at fairly low interest rates, and is often willing to restructure the terms of existing loans to be more favorable to the borrowing country, or even forgive loans altogether. In fact, in August of 2022, the Chinese government announced it was forgiving 23 interest-free loans in 17 African countries. Prior to that, between 2000 and 2019, China had also restructured a total of $15 billion of debt and forgiven $3.4 billion in loans they had given to African countries.

And lastly, the third problem with this debt trap diplomacy narrative is that despite what it claims, China has never seized an asset because a country defaulted on a loan.

Sri Lanka’s Hambantota Port was one of the first instances of so-called Chinese “debt trap diplomacy.” The conventional story goes that Sri Lanka wanted to build a port on their southern coast in the village of Hambantota, as part of BRI. Chinese banks then granted Sri Lanka these predatory loans to build the port with the assumption the government would default, allowing China to seize the port in exchange for debt relief and create a Chinese naval outpost there.

As Chinese development financing is usually recipient-driven, the port was proposed by the Sri Lankan government, not by China, and the port was a plan that the country had for several decades, long before BRI. In fact, the Sri Lankan government had first approached India and the United States to finance the port. After both countries said no, it then approached China. A Chinese construction company, China Harbor Group, won the contract and a Chinese bank agreed to fund it. So not only was the Hambantota Port not a Chinese proposal to begin with, this all occurred in 2007–six years before BRI was even launched.

Another issue with framing this as Chinese “debt trap diplomacy” is that Sri Lanka’s debt burden was due only in small part to Chinese lending. In 2017, Sri Lanka had over $50 billion in external debt–only 9% of which was owned by China. In fact, Sri Lanka’s debt was primarily incurred through borrowing of western loans–the government owed more to the World Bank and Japan than to China. And due to Sri Lanka falling into debt, the government arranged a bailout through the International Monetary Fund. The Hambantota Port by that time turned out to be a commercial failure, so the Sri Lankan government also decided to lease it out to an experienced company in order to use that money to pay off its debt. The government of Mahinda Rajapaksa, president at that time, first approached Indian and Japanese firms, all of whom rejected the offer. It then negotiated with China Merchants Ports Holdings, a Chinese state-owned enterprise, to lease the port for 99 years in exchange for $1.12 billion dollars, which it used to pay off other debts.

In other words, there was no debt-for-asset swap here, as the story states–what happened to the port was not a “seizure” at all, but rather a fire sale to raise money, allowing Sri Lanka to pay off other debts and deal with other issues.

Lastly, many claim that China seized the Hambantota Port for military purposes. Then-Vice President Mike Pence even expressed fear that the port would “soon become a forward military base for China’s growing blue-water navy.” This never happened. Sri Lankan diplomats and politicians have insisted that China using the port as a naval base was never featured in their talks with Beijing, with Karunasena Kodituwakku, the ambassador of Sri Lanka to China, even bluntly stating in an interview: “China never asked us. We never offered it.” Chinese naval ships are not permitted to use the port–it is for Sri Lanka’s naval command only.

More recently, starting in March of 2022, Sri Lanka saw mass protests as people took to the streets frustrated over fuel shortages and the rising cost of essentials. Once again, western media outlets such as The Washington Post, CNBC, The Associated Press, among many others, took the opportunity to blame Chinese lending for plunging Sri Lanka into economic crisis.

Diverting blame away from the role of the IMF, The Wall Street Journal even called China “Sri Lanka’s largest creditor” and that its lending policies “helped create” the crisis to begin with. But again, this is false. As of 2021, 81% of Sri Lanka’s debt was owned by western financial institutions and western allies like Japan and India. Less than 10% is owned by Beijing. In fact, at that time, the IMF alone had granted loans to Sri Lanka 16 times, continually restructuring them at times of economic crisis to the benefit of its creditors. There is no Chinese “debt trap” here–it is western financial institutions’ lending and attendant forced austerity and neoliberalization of the economy that has created Sri Lanka’s crisis.

In November 2021, Uganda’s national newspaper, the Daily Monitor, ran a story with the headline, “Uganda surrenders key assets for China cash.” The article claimed that unless some provisions in the contract to expand Uganda’s Entebbe International Airport were re-negotiated, the country was at risk of being forced to hand it over if the loan was not repaid. The loan in question was worth $207 million at 2% interest from the Export-Import Bank of China granted to Uganda for expansion of the airport, which is a project under BRI.

The headline went viral, with The Daily Show even airing a segment covering the story as the latest supposed example of China’s “debt trap diplomacy,” and it was also picked up by The Wall Street Journal and India’s Economic Times, with the former claiming that “a clause in an agreement with the African nation has stirred a flap over whether the country signed away financial control of Entebbe International Airport.”

But according to analysis by AidData, who obtained a copy of the contract, the airport was not even a source of collateral that the lender could seize in the first place! What the conditions of the agreement did require was that cash collateral be placed in a separate escrow account which could then be seized in the event of default–a fairly standard clause for international projects financing.

The viral story even led to Vianney M. Luggya, spokesperson for the Uganda Civil Aviation Authority, to deny allegations of Chinese plans to seize the airport.

Despite all evidence to the contrary, that has not stopped media sources from spinning their own narratives.

It is clear that Chinese “debt trap diplomacy” is a U.S. narrative advanced to obscure its own imperialist policies, to distract from the IMF and World Bank’s own practice of pushing predatory loans with exorbitantly high interest rates onto Global South countries. Chinese loans are granted toward infrastructure projects, which are critical to a country’s development–they are not tied to privatization projects and structural adjustment the way IMF and World Bank loans are.

Indeed, IMF and World Bank loans are granted on conditions of privatizing public sectors, gutting social welfare programs, and trade liberalization to enrich western capitalist interests. The predatory interest rates ensure that these loans can never be paid back, keeping the borrowing countries poor and locking them into a state of underdevelopment, to ensure further plunder and resource extraction at the hands of these same western capitalists. This is the real debt trap.