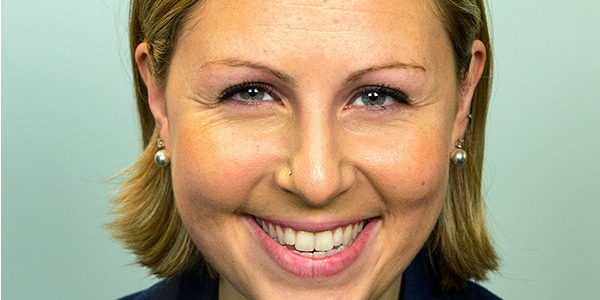 Janine Jackson interviewed the Disability Economic Justice Collaborative’s Rebecca Vallas about the economics of disability for the December 16, 2022, episode of CounterSpin. This is a lightly edited transcript.

Janine Jackson: Hey, have you heard about “Medicaid divorce”? It’s this trendy thing where people get divorced because it’s the only way to allow one partner to qualify for the Medicaid they need to live their lives, because if they’re married, they’re too rich. 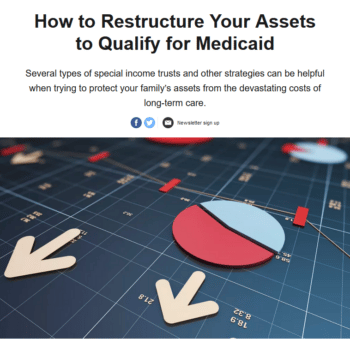 That’s a nightmare, not to mention in a country where some people get to forget how many houses they own. But corporate media’s response has seemed to be just a bunch of articles about how maybe you, as an individual, might potentially game the system, like Kiplinger‘s “How to Restructure Your Assets to Qualify for Medicaid.”

And then sort of, “well, would you look at that” pieces about the phenomenon, like Newsweek‘s “Internet Backs Wife’s Plan to Divorce Husband After Cancer Diagnosis.”

There are, of course, many people who couldn’t conscience the idea that having a disability, or a partner with a disability, should mean choosing between your marriage and your healthcare. But they just haven’t given it much thought, or even known that it was happening—thanks, in part, to media coverage that suggests that only people with disabilities care about disability policy, just like only Black people care about racism, and only poor people care about poverty.

It’s an inaccurate, inappropriate approach to core issues of the day that makes us seem more divided than we actually are, and makes change harder to bring about.

So our next guest’s project is not so much about connecting issues of disability and the economy as illuminating how they have always been connected, even if those connections have been obscured.

Rebecca Vallas is senior fellow and co-director of the Disability Economic Justice Collaborative, based out of the Century Foundation. She joins us now by phone from Virginia. Welcome back to CounterSpin, Rebecca Vallas.

Rebecca Vallas: Janine, it’s always a pleasure to speak with you. I feel very strongly about the important role that this show plays in larger conversations, and it’s always, always fun to talk with you.

I was thinking about this project walking to work, and I overheard a woman, equal parts angry and tired, saying to a friend, “Why is Medicaid saying they’ll only pay for one hearing aid? He needs two.”

And I just thought about the hours of this woman’s life. She was waiting outside a workplace, she was on her way to work, but this is obviously her other job—trying to get hearing aids for her husband or her child, I don’t know.

But the point is, if you don’t have to be familiar with this system, then you aren’t, and you count yourself lucky. But disability is one community that anyone could be part of tomorrow. And so I will genuinely never understand the sort of general media disinterest.

But into this void comes this project. And so I would like you to just talk about the need for it and, in part, just the informational gap that this project is looking to fill.

RV: I appreciate that so much, Janine, and you’re so right that for an incredibly and often, to me at least, surprisingly long period of time, disability has been viewed as some kind of an afterthought to larger conversations, not just conversations that we have in the media, but also conversations that go on in Washington, DC, around public policy in this country.

And, you know, I spend a lot of my time working on public policy, and trying to make it fairer for people who have historically been marginalized. And this project really is centered around that general need.

And so backing up just a little bit, folks might be listening to this and thinking, “Well, didn’t we pass the Americans with Disabilities Act? Didn’t we solve disability problems in the US?”

Well, yes, the ADA has been around for more than 32 years now. But more than 32 years after the ADA became law, people with disabilities in the United States still face poverty rates twice as high as our non-disabled peers. And that’s because of discrimination that remains widespread and, frankly, a litany of structural barriers to economic security and upward mobility that keep the American disability community stuck in a permanent recession.

And while this is an economic crisis that long predates Covid-19, it’s also really important to acknowledge that the impact of the pandemic, which itself has been a mass disabling event, has really only made it clearer: We can no longer afford to ignore disabled people in our policymaking.

And we at the Century Foundation actually did some polling on this issue. We partnered up with Data for Progress, a polling firm in Washington, DC, and New York, and earlier this year, we found that just three in ten disabled voters believe that leaders in Washington care about people with disabilities.

And so, really, that’s where the idea of starting the Disability Economic Justice Collaborative came from. Here we are, living through a pandemic—which it doesn’t go without repeating, we’re still in the middle of a pandemic that has not ended. This is a pandemic that has spurred the largest influx of new entrants to the American disability community in modern history.

And you are doing such a great job in your setup of highlighting, from a human perspective, how public policies that don’t contemplate disabled people’s lives can end up landing when people with disabilities are either an afterthought or, frankly, understood as a “them” instead of as part of an “us.”

And so that’s really the story behind the Disability Economic Justice Collaborative. The Century Foundation teamed up with our friends at the Ford Foundation and, in particular, my dear friend and sister Rebecca Cokley, who was the first-ever U.S. disability rights program officer at any major foundation in the United States, we teamed up to bring together what are now more than 40 organizations. 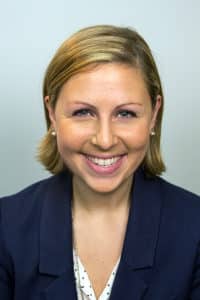 Rebecca Vallas: “Disability has been viewed as some kind of an afterthought…to larger conversation around public policy in this country.” (photo: Center for American Progress)

It’s a set of leading think tanks who have outsized power in shaping the economic policy conversations in the U.S., together with disability rights and justice groups, to work together, to learn from each other and, most importantly, to actually work to ensure that American economic policy conversations include a disability lens, and that’s really the through line, and the theory of change of this collaborative, is to say every issue is a disability issue.

And it’s long past time that we understood, with one in four Americans living with disabilities, that this can’t continue to be a conversation that happens in July, once a year, when we acknowledge the unfinished business of the Americans with Disabilities Act. This needs to be an every day conversation that includes and centers the impact of the pandemic.

But they understand that people with disabilities are part of the “us,” and need to be at the table in shaping the public policies that have an outsized influence in impacting our lives every single day.

And so, yes, we see lots of media coverage trying to say, “Oh, look at the lifeboat”—which is a program like Social Security Disability Insurance, for example, or SSI—and let’s shine a spotlight on that, and try and say that people are wrong for seeking and claiming what are often life-saving and life-preserving benefits, when what we really need is a lot more attention paid to the doors that are closed in people’s faces because of their disabilities, that are the employment doors, that for many people, because millions of disabled people can and do work, that for many is the avenue that economic security and mobility would flow from.

And so a story I would love to see as a headline in the Washington Post, how about some coverage about the fact that disabled workers were paid an average of 74 cents on the dollar in 2020, compared with non-disabled workers? Right?

How about some coverage highlighting the fact that people with disabilities face three times the rates of food insecurity as non-disabled people?

How about some coverage highlighting that roughly half of American adults who need to turn to homeless shelters to have a roof over their head have a disability?

And that’s a flip of the narrative that possibly the Covid pandemic is creating an opportunity for us to make, given the broader awareness that people now have that the disability community is a community that any of us can join at any time.

And with millions and millions of people now newly disabled by long Covid, I am hopeful that that is a shift in the conversation that we as a society are ready to start to make.

JJ: All right, then. We’ve been speaking with Rebecca Vallas. She’s senior fellow and co-director of the Disability Economic Justice Collaborative. You can find that project’s work at TCF.org. Rebecca Vallas, thank you so much for joining us this week on CounterSpin.

RV: Thanks so much, Janine, for shining a spotlight on the Collaborative’s work, and I really do appreciate your show.