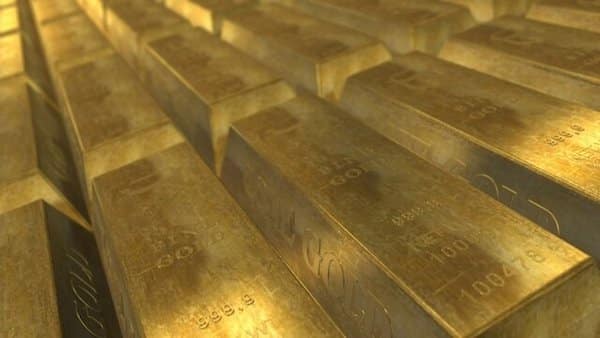 According to a new report published by Oxfam, the richest 1 percent grabbed nearly two-thirds of all new wealth worth $42 trillion created since 2020, almost twice as much money as the bottom 99 percent of the world’s population, reveals a new Oxfam report today. During the past decade, the richest 1 percent had captured around half of all new wealth.

“Survival of the Richest” is published on the opening day of the World Economic Forum in Davos, Switzerland. Elites are gathering in the Swiss ski resort as extreme wealth and extreme poverty have increased simultaneously for the first time in 25 years.

“While ordinary people are making daily sacrifices on essentials like food, the super-rich have outdone even their wildest dreams. Just two years in, this decade is shaping up to be the best yet for billionaires–a roaring ‘20s boom for the world’s richest,” said Gabriela Bucher, Executive Director of Oxfam International.

Taxing the super-rich and big corporations is the door out of today’s overlapping crises. It’s time we demolish the convenient myth that tax cuts for the richest result in their wealth somehow ‘trickling down’ to everyone else. Forty years of tax cuts for the super-rich have shown that a rising tide doesn’t lift all ships–just the superyachts.

Billionaires have seen extraordinary increases in their wealth. During the pandemic and cost-of-living crisis years since 2020, $26 trillion (63 percent) of all new wealth was captured by the richest 1 percent, while $16 trillion (37 percent) went to the rest of the world put together. A billionaire gained roughly $1.7 million for every $1 of new global wealth earned by a person in the bottom 90 percent. Billionaire fortunes have increased by $2.7 billion a day. This comes on top of a decade of historic gains—the number and wealth of billionaires having doubled over the last ten years.

Profits from food and energy sectors

Billionaire wealth surged in 2022 with rapidly rising food and energy profits. The report shows that 95 food and energy corporations have more than doubled their profits in 2022. They made $306 billion in windfall profits, and paid out $257 billion (84 percent) of that to rich shareholders. The Walton dynasty, which owns half of Walmart, received $8.5 billion over the last year. Indian billionaire Gautam Adani, owner of major energy corporations, has seen this wealth soar by $42 billion (46 percent) in 2022 alone. Excess corporate profits have driven at least half of inflation in Australia, the U.S. and the UK.

Inequality and hunger on the rise under inflation

At the same time, at least 1.7 billion workers now live in countries where inflation is outpacing wages, and over 820 million people–roughly one in ten people on Earth–are going hungry. Women and girls often eat least and last, and make up nearly 60 percent of the world’s hungry population. The World Bank says we are likely seeing the biggest increase in global inequality and poverty since WW2. Entire countries are facing bankruptcy, with the poorest countries now spending four times more repaying debts to rich creditors than on healthcare. Three-quarters of the world’s governments are planning austerity-driven public sector spending cuts–including on healthcare and education–by $7.8 trillion over the next five years.

Oxfam’s recommendation: tax the ultra-rich more (or for fairer taxation))

Oxfam is calling for a systemic and wide-ranging increase in taxation of the super-rich to claw back crisis gains driven by public money and profiteering. Decades of tax cuts for the richest and corporations have fueled inequality, with the poorest people in many countries paying higher tax rates than billionaires.

Worldwide, only four cents in every tax dollar now comes from taxes on wealth. Half of the world’s billionaires live in countries with no inheritance tax for direct descendants. They will pass on a $5 trillion tax-free treasure chest to their heirs, more than the GDP of Africa, which will drive a future generation of aristocratic elites. Rich people’s income is mostly unearned, derived from returns on their assets, yet it is taxed on average at 18 percent, just over half as much as the average top tax rate on wages and salaries.

The report shows that taxes on the wealthiest used to be much higher. Over the last forty years, governments across Africa, Asia, Europe, and the Americas have slashed the income tax rates on the richest. At the same time, they have upped taxes on goods and services, which fall disproportionately on the poorest people and exacerbate gender inequality. In the years after WW2, the top U.S. federal income tax rate remained above 90 percent and averaged 81 percent between 1944 and 1981. Similar levels of tax in other rich countries existed during some of the most successful years of their economic development and played a key role in expanding access to public services like education and healthcare.

“Taxing the super-rich is the strategic precondition to reducing inequality and resuscitating democracy. We need to do this for innovation. For stronger public services. For happier and healthier societies. And to tackle the climate crisis, by investing in the solutions that counter the insane emissions of the very richest,” said Bucher.

According to new analysis by the Fight Inequality Alliance, Institute for Policy Studies, Oxfam and the Patriotic Millionaires, an annual wealth tax of up to 5 percent on the world’s multi-millionaires and billionaires could raise $1.7 trillion a year, enough to lift 2 billion people out of poverty, fully fund the shortfalls on existing humanitarian appeals, deliver a 10-year plan to end hunger, support poorer countries being ravaged by climate impacts, and deliver universal healthcare and social protection for everyone living in low- and lower middle-income countries.

Oxfam is calling on governments to:

Download “Survival of the Richest” and the methodology document outlining how Oxfam calculated the statistics in the report.

Oxfam’s calculations are based on the most up-to-date and comprehensive data sources available. Figures on the very richest in society come from the Forbes billionaire list.

All amounts are expressed in U.S. dollars and, where relevant, have been adjusted for inflation using the U.S. consumer price index.

According to the World Bank, extreme poverty increased in 2020 for the first time in 25 years. At the same time, extreme wealth has risen dramatically since the pandemic began.

The report shows that while the richest 1 percent captured 54 percent of new global wealth over the past decade, this has accelerated to 63 percent in the past two years. $42 trillion of new wealth was created between December 2019 and December 2021. $26 trillion (63 percent) was captured by the richest 1 percent, while $16 trillion (37 percent) went to the bottom 99 percent. According to Credit Suisse, individuals with more than $1 million in wealth sit in the top 1 percent bracket.

The billionaire class is $2.6 trillion richer than before the pandemic, even if billionaire fortunes slightly fell in 2022 after their record-smashing peak in 2021. The world’s richest are now seeing their wealth climb again.

In the U.S., the UK and Australia, studies have found that 54 percent, 59 percent and 60 percent of inflation, respectively, was driven by increased corporate profits. In Spain, the CCOO (one of the country’s largest trade unions) found that corporate profits are responsible for 83.4 percent of price increases during the first quarter of 2022.

The $6.85 poverty line was used to calculate how many people (2 billion) an annual wealth tax of up to 5 percent on the world’s multi-millionaires and billionaires could lift out of poverty.

Oxfam’s research shows that the ultra-rich are the biggest individual contributors to the climate crisis. The richest billionaires, through their polluting investments, are emitting a million times more carbon than the average person. The wealthiest 1 percent of humanity are responsible for twice as many emissions as the poorest 50 percent and by 2030, their carbon footprints are set to be 30 times greater than the level compatible with the 1.5°C goal of the Paris Agreement.