David Mandel teaches political science at the Université du Québec à Montréal and has been involved in labor education in the Ukraine for many years. 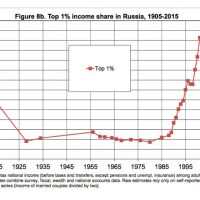 A hundred years later, the question of the historical legacy of the October Revolution is not an easy one for socialists, given that Stalinism took root within less than a decade after that revolution and the restoration of capitalism seventy years later met little popular resistance.

Let’s begin with Prime Minister Stephen Harper’s version.  One can think what one likes about deposed Ukrainian President Viktor Yanukovich, but his election in 2012 was recognized as legitimate by international observers and, after a certain hesitation, by the defeated candidate, Yulia Timoshenko.  In fact, relatively honest elections were just about the only positive […]