After September 11th, 2001, one of the liberal justifications for the military intervention against Afghanistan was the oppression of women, but also of gays, by the Taliban.  People in Europe and the USA received with shock the news that same-sex couples were publicly executed in the Kabul Stadium by bringing down a wall upon them […] 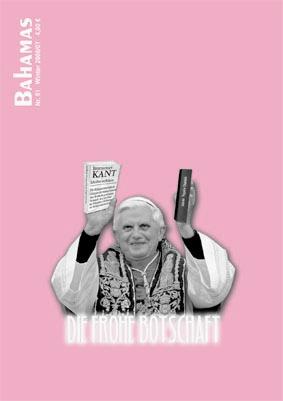 On December 10th, 2003, the leftist newsweekly Jungle World published a pamphlet by the French journalists Caroline Fourest and Fiammetta Venner, which contained a defensive claim which would go on to have a great career: with their assertion that the term “Islamophobia” was coined in the year 1979 by Iranian mullahs in order to denounce […]