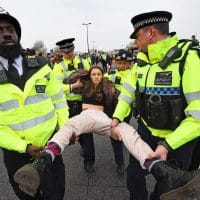 If you’re waiting for some elite politician to fix this ecological mess you will be hung out to dry well past humanity’s expiration date. 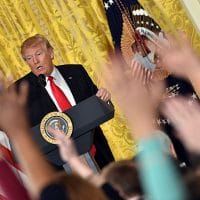 Populism properly understood is about popular and democratic opposition to the rule of the money power—to the reign of concentrated wealth. It emerged from radical farmers’ fight for social and economic justice and democracy against the plutocracy of the nation’s Robber Baron capitalists during the late 19th century. It was a movement of the left.

Just what did Barack Obama and his spinners do to the critical faculties of so many leading American progressives?  Some of my regular readers might be surprised to know that I often bring a significant measure of disinclination to my recurrent radical criticism of President Barack Obama and his “progressive” defenders.  The reluctance stems […]

The Republican and Tea Party counter-revolution is on the march.  Faced with a major voter rebellion against his hard socialist agenda yesterday, the Marxist-Leninist United States president Barack Obama has met with Tea Party icons Sarah Palin, Rand Paul, and Glenn Beck and “FreedomWorks” chief Dick Armey.  Obama has agreed to significantly roll back the […]

War Crime Whistleblower in Obama’s Sights, War Criminals Not Private First Class Bradley Manning, a 22-year-old U.S. Army intelligence analyst stationed in Iraq, is being prosecuted by the Obama administration for disclosing a classified video showing American troops murdering civilians in Baghdad from an Apache Attack Helicopter in 2007.  Eleven adults were killed in the […]

“If an oil well is too far beneath the sea to be plugged when something goes wrong, it’s too deep to be drilled in the first place.” — Bob Herbert, June 1, 2010 Imagine “the Associated Producers, Rationally Regulating Their Interchange with Nature” Amidst mass capital-imposed structural unemployment and ever-escalating environmental collapse, the ongoing epic […]

The much-ballyhooed Tea Party “movement” that has arisen to absurdly accuse the corporate and imperial Barack Obama administration with “socialism,” “favoring the poor,” and other “radical leftist” crimes claims to be a decentralized, independent, “grassroots,” and popular/populist uprising against concentrated power.  Contrary to that claim, Part 1 of our report presented recent polling data showing […]

The right-wing Tea Party “movement” has recently grabbed attention in the dominant media again.  On Tax Day last April, it garnered headlines by rolling out its standard high-decibel complaints against “big government,” deficits, taxes, and the supposed “radical” agenda of “Obama, Pelosi, and Reid” and the rest of the Democratic Party.  As usual, the Tea […]