The Israeli occupation of Gaza Strip didn’t end — it merely changed form. With the completion of the Israeli army withdrawal from Gaza Strip, and the eviction of all the settlers from there, its occupation has seemingly ended. And indeed, if by “occupation” we mean, as the Israeli establishment wants us to understand, a mere […]

In “new imperialism,” it is said, the American economy needs more instability abroad to maintain the health of its capital at home. Long before discourse on “new imperialism” became popular in the West, Palestinian intellectuals in refugee camps arrived at this very conclusion by simply reflecting upon the wretched conditions of their own existence. […]

BLOOD ON THE BORDER: A Memoir of the Contra War by Roxanne Dunbar-OrtizBUY THIS BOOK Most people think of the U.S.-sponsored war against the Sandinistas (that came to be called, simply, the “Contra War”) as having taken place on the northern border of western Nicaragua and Honduras and on the southern border with Costa Rica. […]

Today the planet is an immense gulag. The resources of the periphery of the empire — the great majority of human beings — are channeled towards the imperial centre — the richest countries — in the manner of a colossal funnel. There are now in the world two practical routes of resistance to the US […]

Washington, D.C. — In a pre-dawn civil disobedience action Monday morning, forty-one War Resisters League members and others sat down and were arrested at a pedestrian entrance to the Pentagon, slowing foot traffic at that location and prompting officials to close the U.S. military headquarters’ sole stop on Washington’s Metroline for a period. Protesters — […] 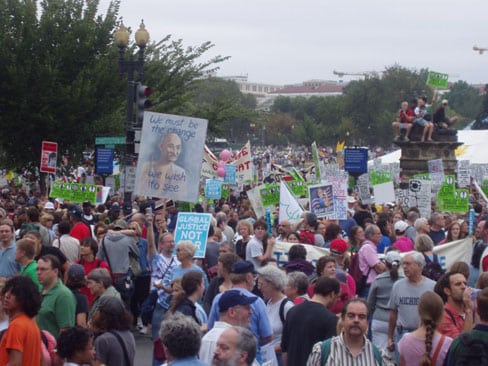 [The photographs below were taken by an MRZine.org reader. — Ed.]

The inhabitant of London could order by telephone, sipping his morning tea in bed, the various products of the whole earth, in such quantity as he might see fit, and reasonably expect their early delivery upon his doorstep; he could at the same moment and by the same means adventure his wealth in the […] 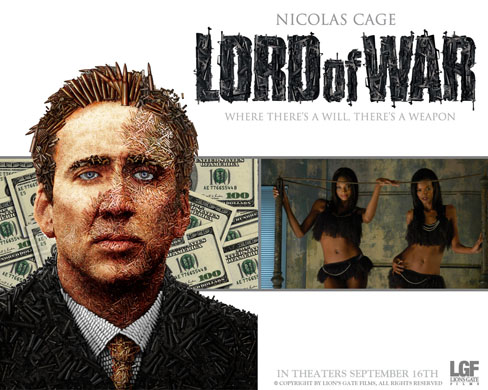 “I hope they kill each other . . . too bad they both can’t lose.” — Nobel laureate Henry Kissinger (on the U.S. arming both sides of the Iran-Iraq war in the 1980s) “Do not support dictators. Do not sell them weapons.” — Nobel laureate Jose Ramos Horta, East Timorese peace negotiator It’s not every […]

With god on our side we don’t need a conscience. The others are ripe for burning and burn them we will, the smoke of their flesh rising to heaven, an acceptable sacrifice. With god on our side there is no grey, no shading only glaring gorgeous white blinding with purity: beyond just blackness that could […]

In the increasing “heat” of labor reform issues — which is not always the same as “light” — it has been discouraging to see how little attention has been paid to labor’s foreign policy issues.  This is, in my opinion, the 500-pound gorilla that no one wants to touch.  Yet, I argue it is absolutely […]

State terrorism is the use of state violence against innocent civilians to create fear in pursuit of a political objective — an ugly side of imperialism. There are two varieties of state terrorism: overt and covert. The most obvious examples of overt state terrorism are the 1937 bombing of Guernica and the 1945 atomic […]