I have in my possession one of your fine DVD players, model no. DMR-ES40VS. The one with the built-in VCR that has a “powerful recording device to capture your favorite shows and much much more.” Well, it got smashed. Through no fault of my own, naturally. It was totaled during one of those humiliating, day-after-Thanksgiving “doorbuster” sales and I demand justice.

As a lesbian and crypto-communist, Panasonic, I am used to demanding justice. For decades, my people have stood outside in the dark and cold, urging death-row clemencies, the end to U.S. military intervention, our right to love, and much much more. But I’ve broken ranks. I now renounce my concerns as to your probable war-profiteering and/or third-world sweatshops, and demand only the prompt exchange of my damaged product for its smoothly working replacement, as per your stated one-year warranty.

Unfortunately, I do not have the receipt. Your DVD player was a gift to me from the kind folks at Wal-Mart. It was some sort of reward, I think, for returning to my roots.

As you may know, Panasonic, the day of your Amazing Blowout Sale, on which you pin all your hopes and dreams, is also the day many leftists schedule a “Buy Nothing Day” in protest of the high-tech exploitation and poverty of approximately 3 billion people on the other side of the world. Perhaps I should have stayed at home to fight globalization. But I wanted a DVD player, Panasonic. I wanted a bargain — and much much more.

So, being inured to the rigors of protest, I arrived at the Wal-Mart parking lot at 4:00 a.m. to be the first in line — only to find that I was number 487. Hundreds of loyal shoppers — or, as we crypto-commie queers say, “The People” — had gotten there before me.

I watched as a chemically blonde woman in a denim jacket with a maroon kitten printed on the back passed out donuts, and a middle-aged man in an Old Navy cap tried to cut in line by pretending to recognize a sleep-deprived kid in a Che t-shirt. A hundred years ago, these people would have thought of themselves as “workers,” Panasonic. Now, in the interest of self-esteem and national security, they had been upgraded to “consumers.” Closing my queer pinko eyes, I tried to imagine these people in Czarist Russia, queued up to storm the Winter Palace.

Instead, I fell into thinking about this guy I’d known. An old man whose parents, long ago, when he was four years old, had abandoned him in Oklahoma. He grew up on the streets of some hick town, joined the army, got out, then spent the rest of his life at a civilian desk job that he hated and never quit because he had to support a family and didn’t know what else to do. 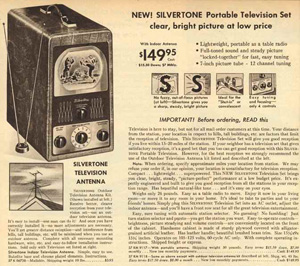 But he loved to read catalogues, Panasonic. He’d come home from work and open a Sears Roebuck or Montgomery Ward catalogue and spend hours looking at all the things offered him there. And when he found a radio or record player he liked, he’d say to himself: “This is what I want. This will give me pleasure. And much much more.”

So he worked late at his lousy desk job and saved up, and finally one day the man brought home a big color TV and plugged it in — but it didn’t work. He yelled and fiddled with it, and yelled some more, and when he saw he couldn’t fix it, the old guy broke down and cried, Panasonic, he just cried. His sobs could be heard all over the house.

I opened my eyes just as the Wal-Mart doors began to open. The rush was on, and suddenly I knew why I’d come to this store, Panasonic. It was to avenge my father.

There I was, in dawn’s early light: An American. Rushing, pushing forward, grabbing, one of the masses yearning to breathe free, with no other goal in life but to get one of those precision-crafted products of yours, which, six months from now, when you come up with a new model, will be rendered obsolete and forgotten like part of ourselves, like the people on the other side of the world who are also part of ourselves but are not missed because we don’t realize we love them.

Engulfed in holiday spirit, I began to realize that you, Panasonic, had saved our lives: that consumers being tracked into this frenzy of need, greed, and speed was far better than workers being lined up in an abandoned soccer stadium somewhere and shot. Just then, I slid on a jelly donut dropped by the lady in the cat jacket and skidded into the elbow of the kid in the Che t-shirt, then somebody tackled me from behind but not before I grabbed a Panasonic model DMR-ES40VS to break my fall. When I came to, this Wal-Mart security guard was about to throw me out, but luckily the TV cameras had arrived to capture all the magic pathos, so Wal-Mart had to let me keep my new DVD player, which, as noted above, is very busted.

I also have a chipped tooth and may need a pin in my right hip — but that’s nothing compared to the pain of not having a working appliance. So please send another, posthaste. I am aware that everything comes at a price, Panasonic, but I feel I have more than paid it. Much much more. 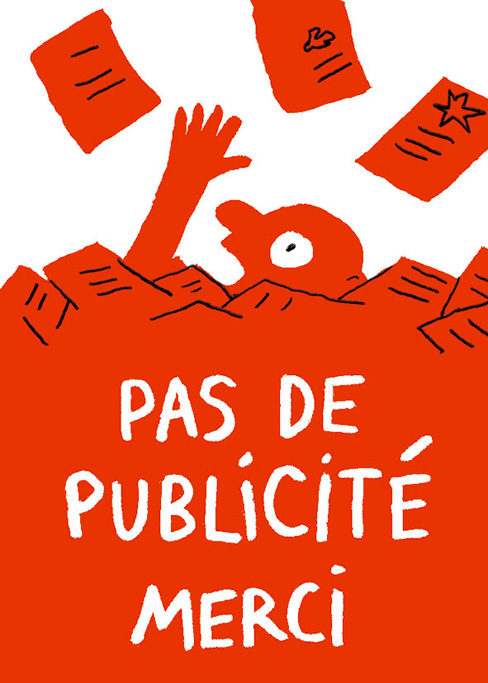