In an operation carried out throughout the West Bank and the Jerusalem area early on Thursday, Israeli forces kidnapped some 65 Hamas government ministers, parliament members, and activists in an effort to overthrow the democratically elected Palestinian government.  Palestinians fear that the officials were kidnapped to serve as bargaining chips for negotiating the release of an Israeli soldier.

According to Palestinian sources, Israeli forces surrounded a building in Ramallah and called for the surrender of all Hamas members of Parliament, including Parliament Speaker Abdel Aziz Dweik.  Forces also encircled the homes of senior Hamas council members, including that of Parliament Secretary Mahmoud Al-Ramahi.

Among those arrested during the operation, which began shortly after midnight in Ramallah, Nablus, Qalqilya, Jenin, and Jerusalem, are Palestinian Deputy Prime Minister Nasser al-Shaer, Hamas government Labor Minister Muhammad Barghouti, Minister of Jerusalem Affairs Khaled Abu Arfa, and many other top officials.

As the fog of war clears, Israel’s aim to invade Gaza becomes transparent.  Israel and its main ally, the United States, have not accepted the results of clean and democratic Palestinian elections and, with the complicity of the European Union (EU), they have been working since January to overthrow the Palestinian government.

The unbalanced decision of the EU to boycott the Palestinian people and government, disregarding international humanitarian law, has cleared the way for the Israeli military actions in Gaza that have killed more than 172 Palestinians since the elections, 50 occurring during the month of June alone.

With the tacit consent of the European Union, Israel has isolated the Gaza Strip and reinforced the system of checkpoints in the West Bank that make it impossible for the movement of Palestinian people and merchandise, destroying what is left of Palestinian economy.

Moreover, with the assistance of Egypt and the Kingdom of Jordan, Israel has transferred light arms and ammunitions to Palestinian gangs in the Gaza Strip, nurturing an immidnet civil war.

But these actions were not enough to make the Palestinian government surrender.  On the contrary, instead of choosing the road to civil war, Palestinian political society started a national dialogue and a drafting of a new national consensus.  As the Palestinian people worked to avoid civil war and to create the conditions necessary to make negotiations with Israel possible, Israel escalated its operations in the Gaza Strip, provoking, with six months of continuous violence, a Palestinian reaction.

With the excuse of a Palestinian operation against an Israeli military outpost, Israel justified the kidnapping of Palestinian ministers and Members of Parliament and further destroyed the civil infrastructure in the Gaza Strip.  Moreover, Israel threatens to expand the hostilities in Syria, breaking its sovereign air space.

Ariel Sharon’s megalomaniac dream of the 1980s for reshaping Middle East politics is still on the agenda.  The aims of the Olmert-Peretz government resemble the failed objectives of Begin and Sharon during the invasion of Lebanon in June 1982: to overthrow the Palestinian leadership and the Syrian regime.  The major defeat faced by Israel in Lebanon did not change the Israeli and American assumptions that Middle East politics can and should be changed through military means.

Although the current operation may share the fate of the invasion of Lebanon, it will provoke a spiral of violence, with Palestinian and Israeli civilians as its victims, rather than a surrender of Palestinian resistance.

A senior al-Aqsa Martyrs Brigade member told journalist Ali Waqad from Ynet that this wave of arrests will lead all Palestinian organizations to resume their policy of attacks against Israel.  “I condemn the arrests of our Hamas brethren,” he said.  “We warn the Israelis that these arrests are opening the door for a bloody battle.  We will not accept any harm done to our Hamas brothers.  This operation jeopardizes the life of the kidnapped Israeli soldier.” 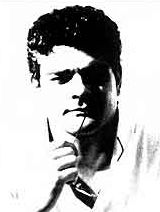 Sergio Yahni is the Alternative Information Center (AIC) international advocacy coordinator.  Yahni has worked for peace, justice, and accurate reporting of human rights cases in Israel and the Occupied Palestinian Territories.  Born in Argentina, Yahni fled with his parents during the country’s last military dictatorship to Israel, where he became a student activist against human rights violations in the war-torn region.  Yahni also spent time in jail over several years for refusing to serve in the Israeli army.  Yahni has published widely on the obstacles to achieving peace and human rights in the region.  This article was originally published by the Alternative Information Center on 29 June 2006.