Comrade Khalida Jarrar, member of the Political Bureau of the Popular Front for the Liberation of Palestine, called for the development of a united Palestinian strategy that strengthens Palestinian resistance and rejects the failed and dangerous path of negotiations with the occupation. 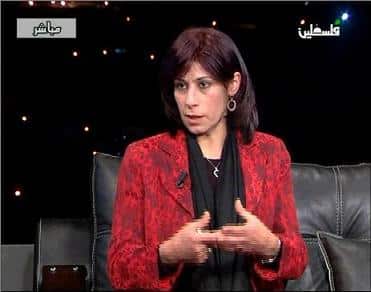 In an interview on April 8, 2010 with Jerusalem News Net, Comrade Jarrar emphasized the importance of the political struggle at an international level, stressing that the United States is a strategic ally of the Israeli occupier, and that its attempts to replace international law with its own demands, as well as the impositions of conditions upon Palestinians, must be rejected entirely.  She said that such conditions only benefit the occupier and that there is nothing to be gained for the Palestinian people by participating in such charades.

She said that any return to “direct” or “indirect” negotiations is a concession to U.S. and Israeli pressures and dictates, and only encourages them to continue their practices of escalating settlements, land confiscations, home demolitions, and arrests, empowering and providing cover for their ongoing war against our people.

Furthermore, she said that it is urgent that Palestinian political leaders turn to building Palestinian strength, unity, and national cohesion on the basis of support for our people’s resistance and clear national principles.  Palestinian leaders, she emphasized, have a duty to support and enhance our people’s steadfastness in confronting an ongoing, criminal, colonial, racist occupation.

Comrade Jarrar expressed that the Palestinian internal reconciliation remains at a standstill, which continues to put our people at a disadvantage despite their ongoing steadfastness in confronting the occupier.  She called for elections of a new Palestinian National Council including all forces, as called for in the Cairo Declaration of 2005 laying out a plan for an inclusive, democratic Palestine Liberation Organization, the establishment of unity among Palestinian forces, and a thorough policy review that rejects negotiations and strengthens resistance.

For more information about the Popular Front for the Liberation of Palestine, visit <www.pflp.ps>.