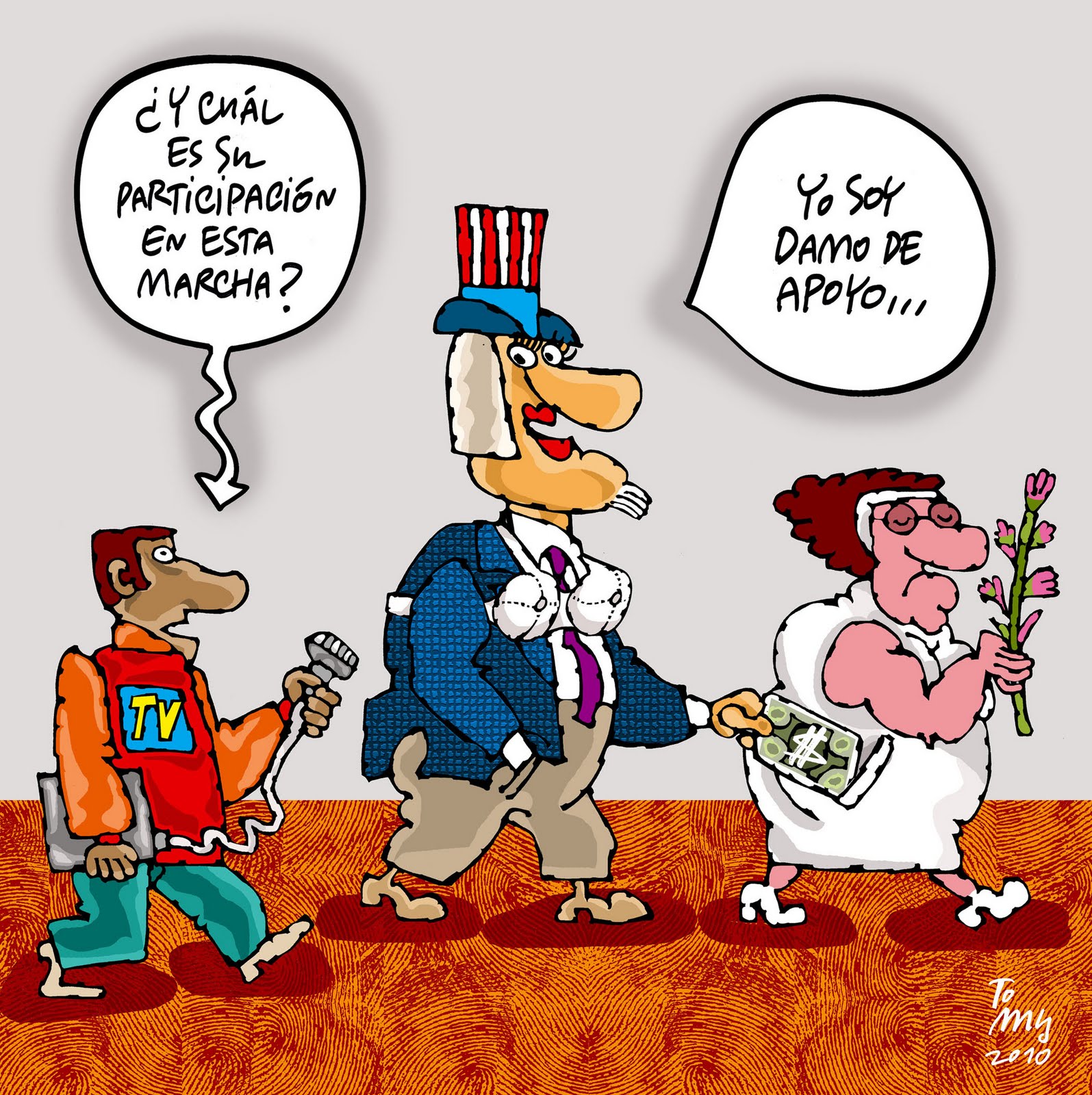 Journalist: And what role are you playing in this march?

Uncle Sam in Drag: I am a supporting lady.

Tomás Rafael Rodríguez Zayas (Tomy) is a Cuban cartoonist. This cartoon was published by Cambios en Cuba on 22 March 2010.  Translation by Yoshie Furuhashi (@yoshiefuruhashi | yoshie.furuhashi [at] gmail.com).  Cf. “About a dozen groups had been sending two to five travelers per month to Cuba before Dec. 3 to deliver ‘technical and financial’ assistance to activists, according to several knowledgeable people. . . .  U.S. funds for pro-democracy programs in Cuba — totaling $45 million for fiscal years 2009 and 2010 — are handled through a complex web of nongovernment organizations and private companies that then arrange to deliver items such as laptops, radios, books and medicines as well as cash and encouraging words to dissidents and their families” (Juan O. Tamayo, “Cuba Democracy Trips Can Resume, U.S. Says,” Miami Herald, 9 April 2010).