Only a few days left for the second round of the 2010 elections, our mobilization continues.  To energize the activists for Dilma some more, here is a game made for the presidential election, in which we can get Dilma to the Palácio do Planalto.

The idea comes from Professor Alex Leal, in the Digital Games Program of the Centro Universitário UDF in Brasilia.  The professor, who is also a Dilma supporter, developed the game Dilma Adventure, about the presidential election in Brazil.

In the game, the Internet surfer can help Dilma overcome all the obstacles blocking her arrival at the Palácio do Planalto.  On the way, Dilma needs to capture votes and stars to win the electoral contest.

Each yellow star that our candidate captures (press the shift key) gives her extra power, entitling her to count on the help of President Lula.  Upon defeating all the obstacles, Dilma arrives at the Palácio do Planalto, getting a presidential sash, to govern this country for four years. 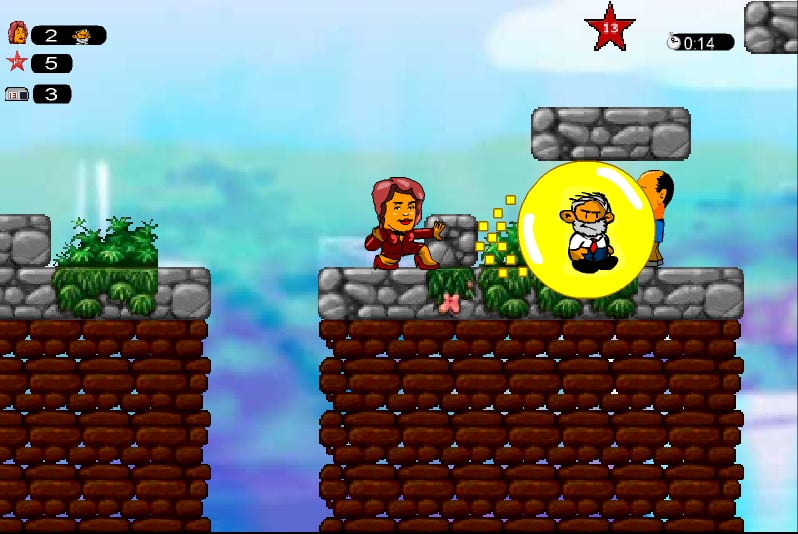 “The game is a personal project of mine, assisted by four partners.  Don’t mess with the winning team.  Everyone I have talked with is afraid of change, for Brazil is on track.  There is no changing what’s happening.  The second round is going to make Dilma’s victory bigger,” says Alex Leal.

Already managed to bring Dilma to the Palácio do Planalto?  Then, share this idea with your friends and elect the first woman president of Brazil.

The game Dilma Adventure, developed by Alex Leal, Roberto Guedes, Felipe Vieira, Raphael Nunes, and Otávio Soato, is available at the Web site of the Give Me Five Entertainment Group: <www.gmfgames.com/dilma>.