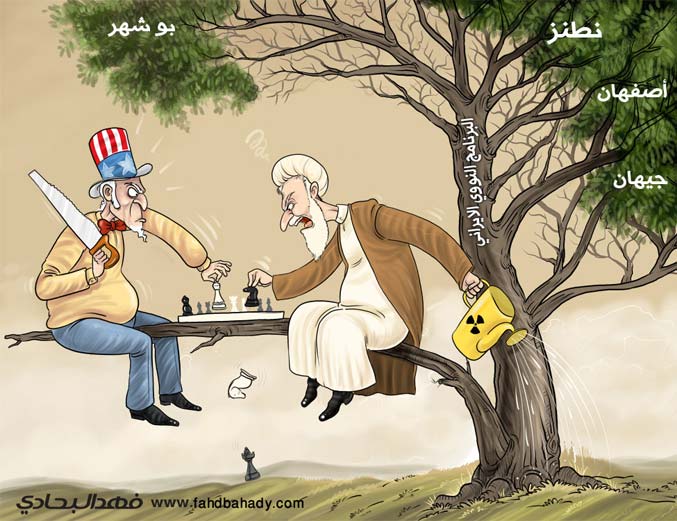 Fahd Bahady is a Syrian cartoonist.  This cartoon was first published in his blog on 17 May 2011; it is reproduced here for non-profit educational purposes.  Cf. “‘Sit long enough by the river and the corpse of your enemy will float by,’ says an old Middle Eastern proverb.  For Iranian leaders, the truth of this saying has been proved this spring as the Arab Awakening unexpectedly overthrew or weakened their enemies across the region. . . .  For all their blood-curdling rhetoric, the Iranian regime has not been doing much to spread the Islamic revolution.  But why should it when, sitting by the river, its leaders have the satisfaction of watching the deceased remains of so many of its opponents drift by?” (Patrick Cockburn, “Inside Iran: What Life Is Really Like in Tehran,” Independent, 1 May 2011).