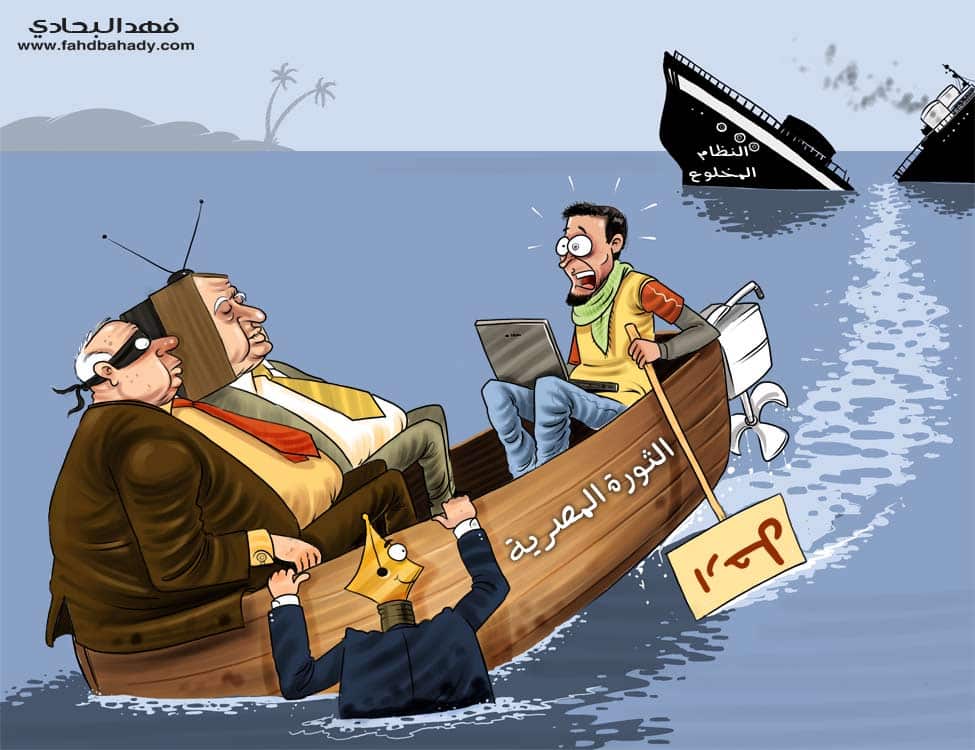 Corrupt men in charge of mass media and corporations, abandoning the sinking ancien régime, climb onto the ship of the Egyptian revolution (whose slogan was “Leave!”), threatening to capsize it. . . .

Fahd Bahady is a Syrian cartoonist.  This cartoon was first published in his blog on 22 April 2011; it is reproduced here for non-profit educational purposes.  Cf. Hesham Sallam, “Striking Back at Egyptian Workers” (Middle East Report, Summer 2011).