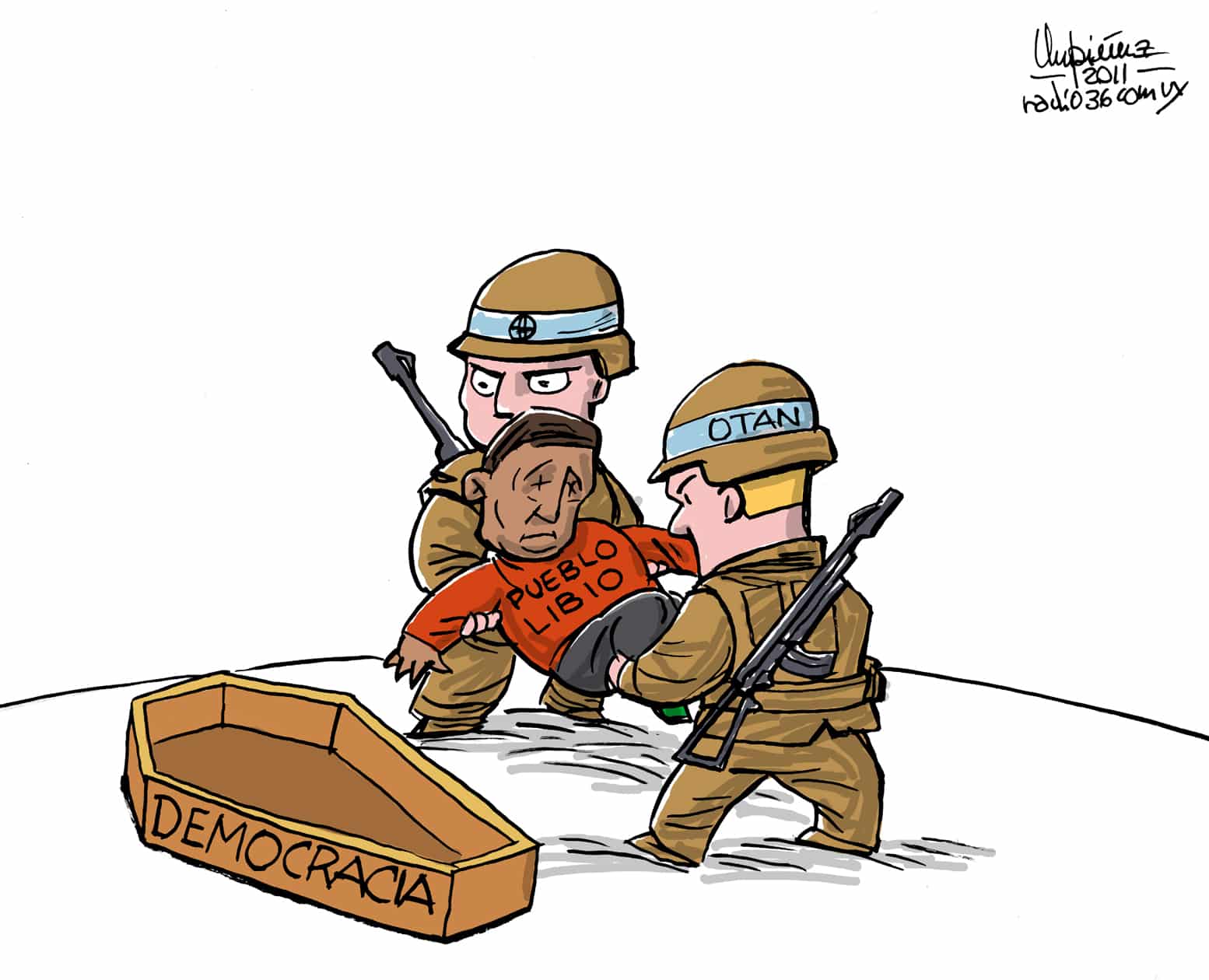 NATO — Burying the Libyan People
in a Coffin Labeled “Democracy”

Gervasio Umpiérrez is a cartoonist based in Montevideo, Uruguay.  This cartoon was published on his blog on 16 June 2011; it is reproduced here for non-profit educational purposes.  Translation by Yoshie Furuhashi (@yoshiefuruhashi | yoshie.furuhashi [at] gmail.com).  Cf. Peter Hart, “Libya’s Lousy PR” (FAIR, 9 June 2011); “There is nothing particularly surprising about the rebels in Benghazi making things up or producing dubious witnesses to Gaddafi’s crimes. . . .  But it does show naivety on the part of the foreign media, who almost universally sympathise with the rebels, that they swallow whole so many atrocity stories fed to them by the rebel authorities and their sympathisers” (Patrick Cockburn, “Don’t Believe Everything You See and Read about Gaddafi,” The Independent, 26 June 2011).